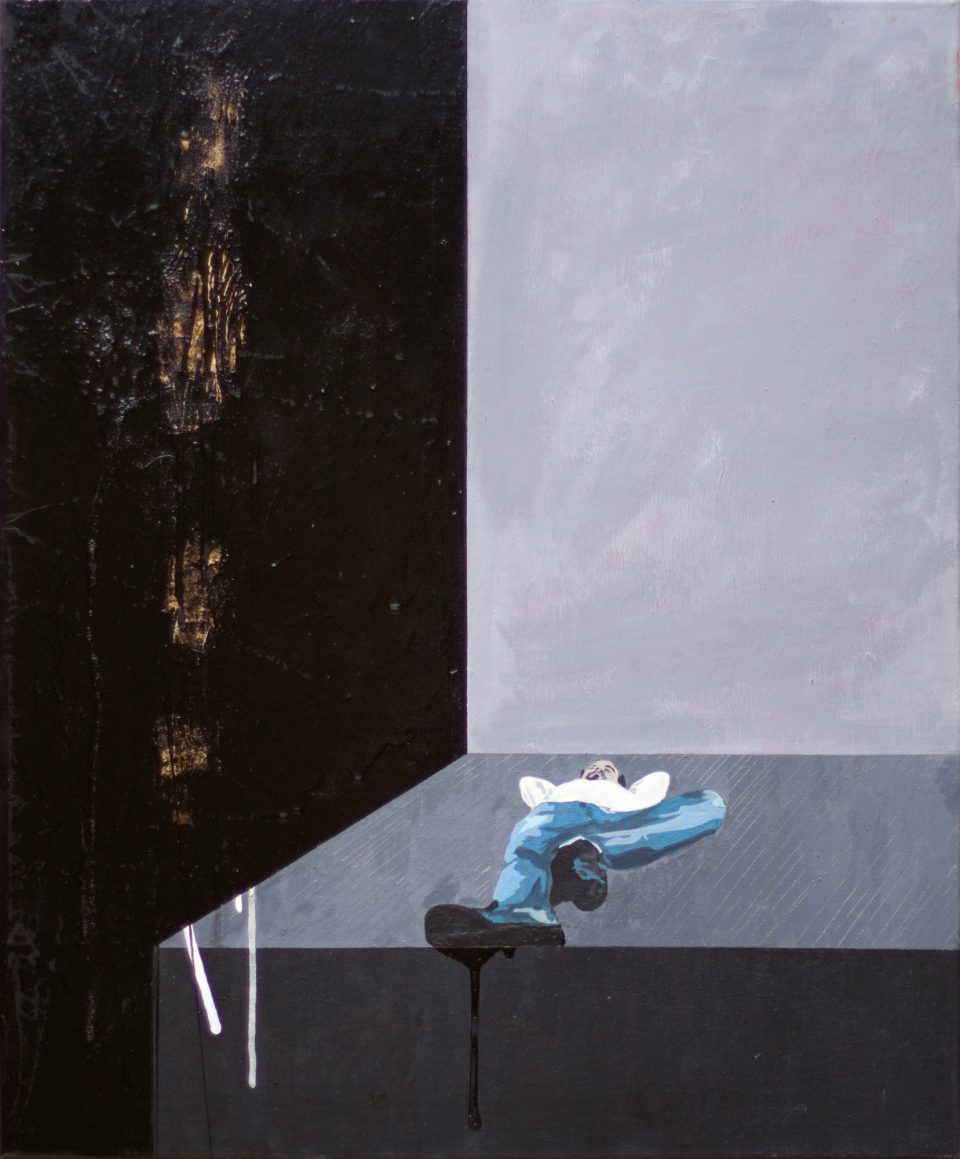 To get away from the dense city centre, with its unhealthy and unsafe atmosphere, and searching for some calm and serenity, he moved to this distant, isolated house on the northernmost fringes of the city, near the river. All that lay between the riverbank and the terrace of his house was a neglected yard, which was always empty, making it appear especially expansive. The terrace itself, only a metre above the ground, was expansive too, as was the sky, and even the window where this childlike sketch of a view peeked in. And all he had to do for that vast expanse to sweep him up was step through the terrace doorway, something he did every morning from the very first day. He would prepare his coffee, take it out to the terrace and sit with his back to the house, facing the yard and the row of trees that separated it from the river that ran behind it. He would watch the first ray of light reach the top of the last tree in the row and gradually expand to the rest of the tree, then the next two trees, then the entire row, and finally the yard. Like that light, he felt capable of moving effortlessly through the space before him, with nothing to stand in his way. Sometimes he would even leap down from the terrace to stroll around the sunlit corners of the yard before going back to sit in the shade. This was the peace he had longed for, and it now awaited him whenever he stepped onto the terrace or even went near one of the windows that looked out onto it.

One night, he was awoken by a strange wailing sound. At first, he could not work out where it came from, nor even as it went on. It was shrill and repetitive, like some birdcall he had never heard before, and came from right outside the window that looked out onto the terrace. This wailing set his heart racing and left a faint yet bewildering fear in his body. What kind of bird sang at that time of night? The strange sound continued to entreat him until finally he was overcome by sleep.

In the morning when he drew the curtains, the terrace, the yard and the row of trees came into view, everything appearing as expansive, quiet and safe as usual, save for a light wind that teased at the sunlight as it attempted to reach the top of the first tree and its dishevelled branches.

The memory of that mysterious night-time birdcall might have disappeared completely had he not awoken a few nights later to a new sound, stranger and louder than the one before. This time, however, he was woken by sound and fear simultaneously. It was a violent banging of metal on metal, and felt very close, as if it were coming from inside the bedroom. But when he opened his eyes it receded a little, to the terrace outside. He got out of bed quickly and turned on the light, to let whoever was banging know that they had woken him up and that they had better get out of there right away. And no sooner did he switch on the light than the sound vanished. He went to the terrace door and stood without opening it, not knowing whether the person who had been banging was still there or had run across the yard to hide behind the trees. Only once he felt reassured by the total silence around him, and certain that it was unbroken, did he go back to bed, but the agitation and fear did not go away.

The next morning, the sunlight had not yet reached the top of the first tree when he pushed open the door and went out to inspect the terrace. Nothing looked suspicious; there were no dents or chips in the sewage pipes, which were the only things there made of metal. Everything looked fine. He went back inside to prepare a coffee, planning to drink it as he sat like usual and watched the sunrise reveal itself in the light on the treetops, hoping to dispel the residue of last night’s angst from his body. But by the time he came back out, sunlight had already flooded the whole row of trees; still, the calm scene surrounding him restored his sense of peace and pushed the violent commotion of the previous night far from his mind so that only its echo remained, in the form of a vague perplexity as to what it could have been.

Until one morning, which seemed a perfectly ordinary morning to begin with, he was suddenly overcome by an inexplicable feeling of anguish and agitation. He could not tell why till he looked out of the big window. At first he was not quite sure what he was seeing, or perhaps he was not sure that what he was seeing was really there. In the middle of the bare, expansive scene, at the end of the yard by the row of trees, stood a dark shape, which when he looked more carefully turned into what appeared to be a huge creature that was staring right at him. Once he was sure what he was seeing, he quickly pulled back from the window to hide himself from sight. That morning, instead of going out to the terrace where he had spent all his mornings since moving into this house, he took his coffee back to the bedroom. After he had summoned up the courage, he went to the window to observe the dark form outside, but the view seemed to have gone back to normal, with no trace at all of the huge creature he had seen earlier. The wake of fear it had stirred, though, left a mark upon the scene.

A few days later, the back of the house was assaulted once again by an ear-splitting banging that made even standing near the windows to watch what was happening impossible. The blacksmith and his assistant had arrived early that morning to begin constructing a fence around the terrace, which they had finished by noon. When they went, they left behind not only a scattering of metal filings here and there, but an entirely new scene. The yard was no longer fully visible; now all he could see was the far end, where the row of trees bordered the sky. Then, when he pulled out his chair and sat down, even that meagre sliver of the old view disappeared, and all that was left was a narrow strip of sky that ran between the top of the fence and the roof of the terrace. At first he tried squinting through the narrow gaps between the bars of the fence, but doing this soon strained his eyes. In the end he made do with staring fixedly at the sky, taking care not to glance either up or down, not even slightly, otherwise his line of vision would collide with either the roof of the terrace, which he had never even noticed before today, or the dark metal fence. Still, at least he felt safe again.

But it didn’t last long; after a few nights, he was awoken once again by the wailing of that strange creature, this time louder than before. Then, some nights later, while he was asleep, a deafening banging cleaved his head, and this, too, was louder than before, coming as it was from all along the fence.

From that night onwards, as soon as he had finished making his morning coffee, he would go straight back to his bedroom and stand by the big window looking out, since the view was wider from there than from the fenced-in terrace, and it would be easy for him to spot the dark outline of that huge creature as soon as it came back. He would be waiting for it.

Translated from the Arabic by Katharine Halls

Adania Shibli (*1974, Palestine) writes fiction and non-fiction. Her latest novel is Tafsil Thanawi (Beirut: Al-Adab, 2017, forthcoming as Minor Detail by Fitzcarraldo Edition, 2020). She has also been teaching part-time at Birzeit University, Palestine, and is a researcher in the field of cultural studies and visual culture.