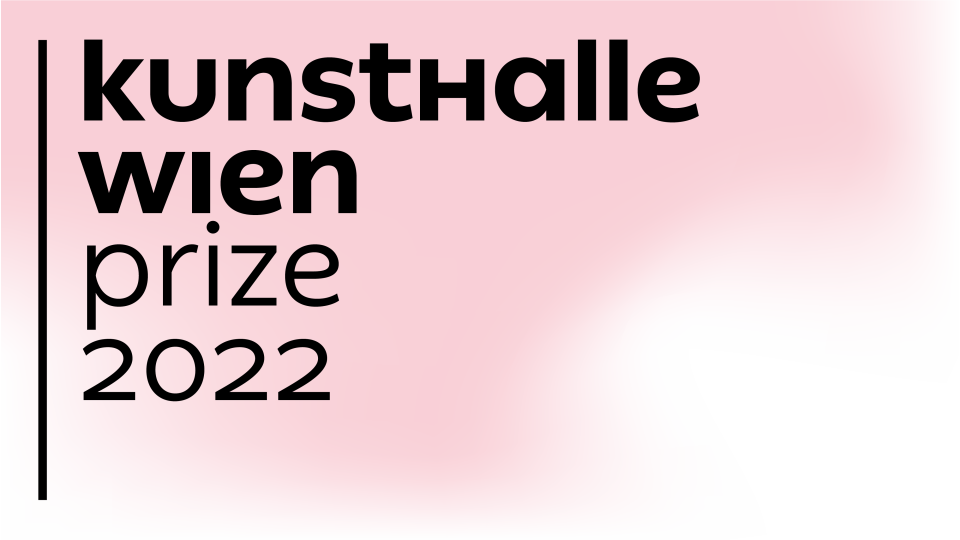 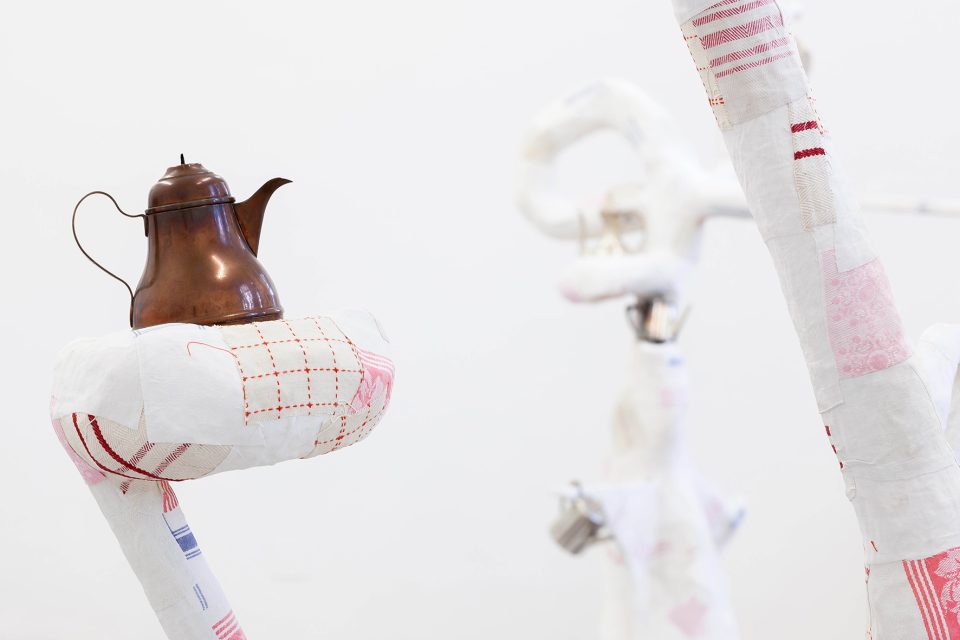 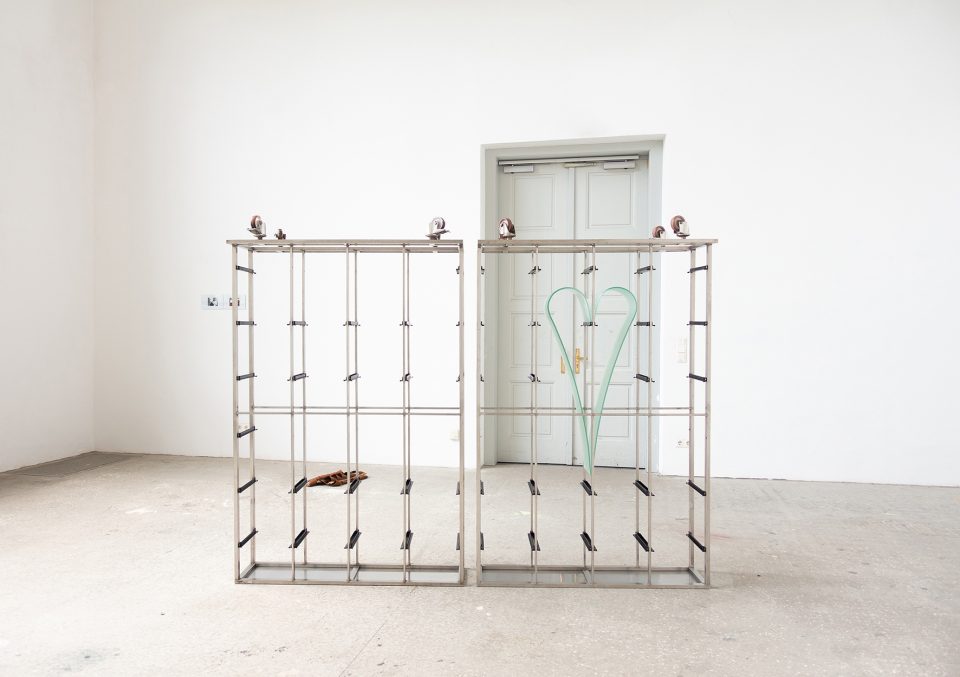 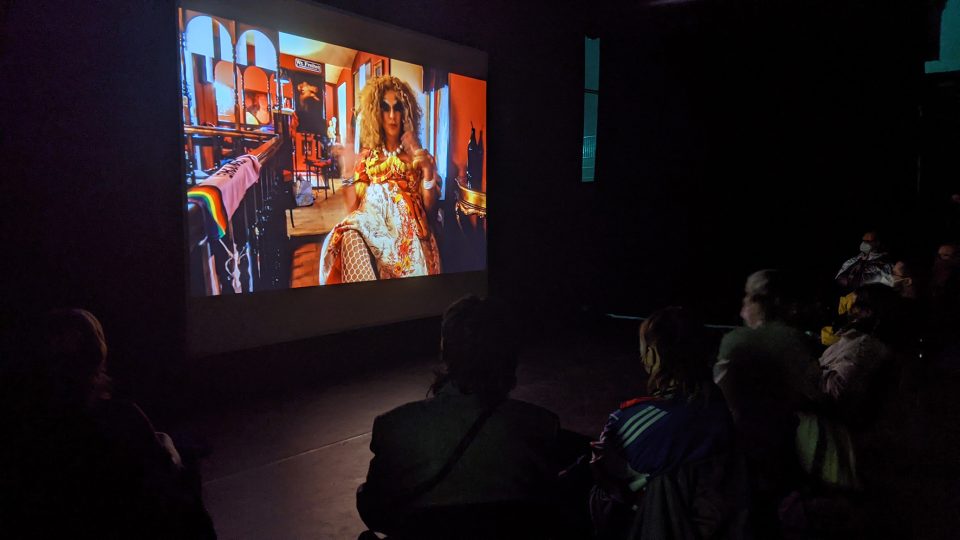 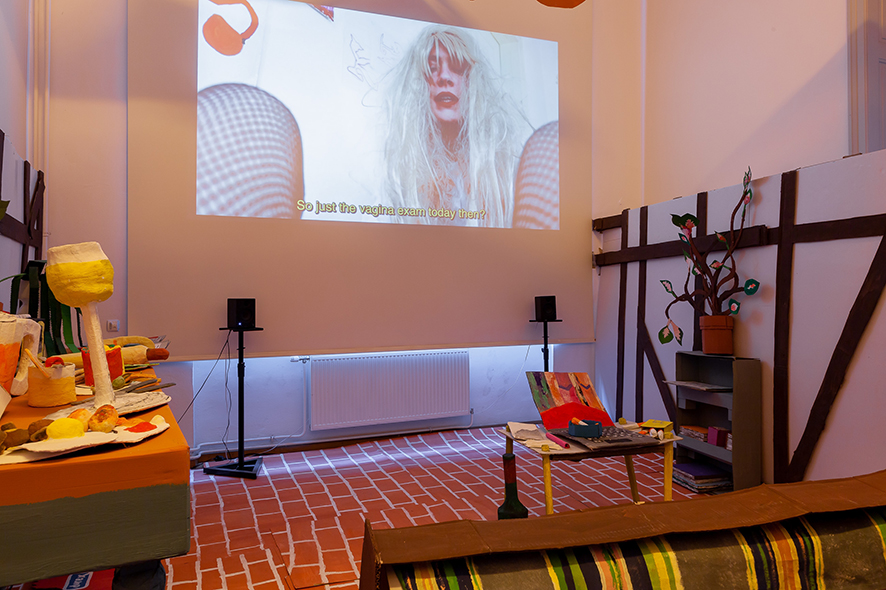 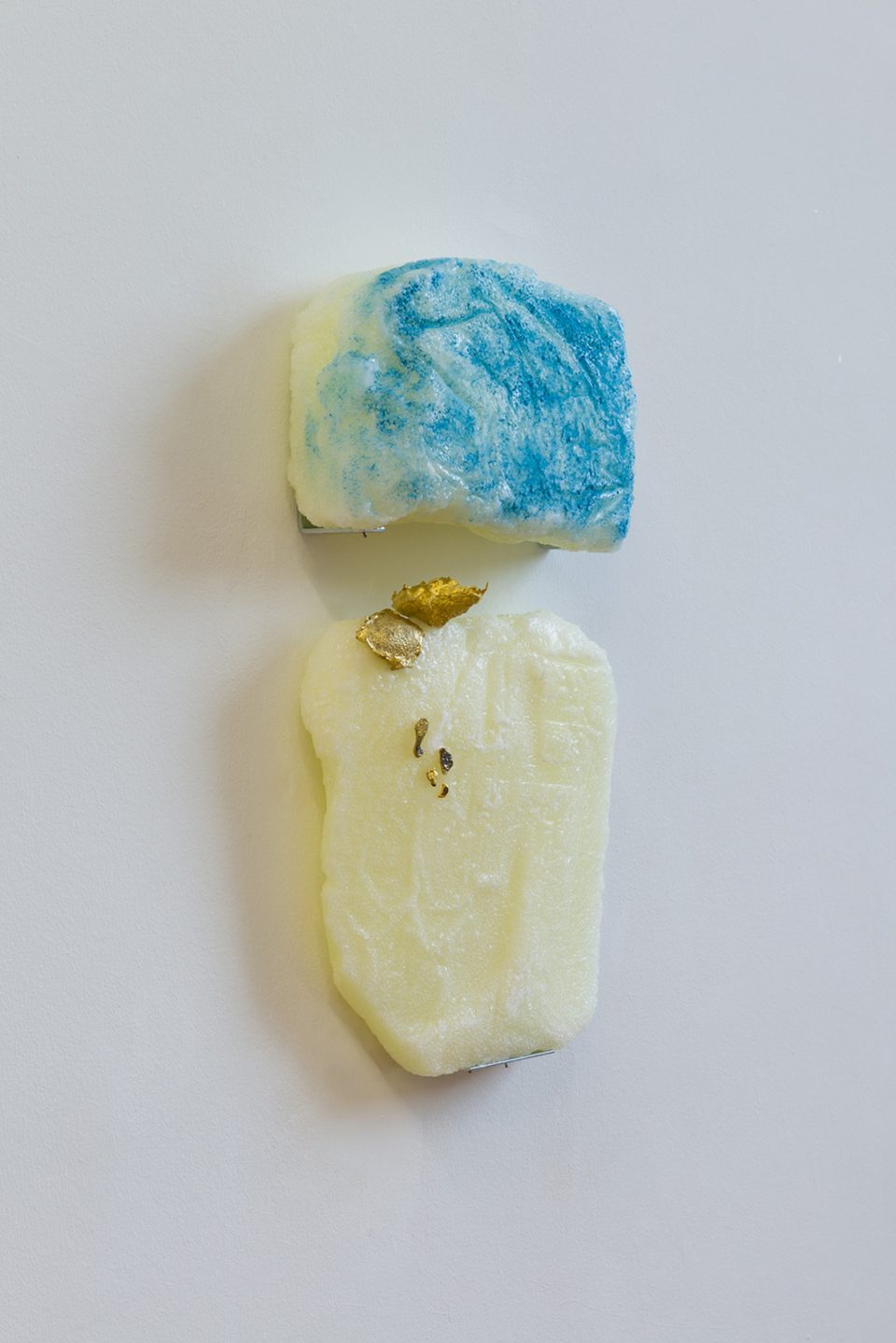 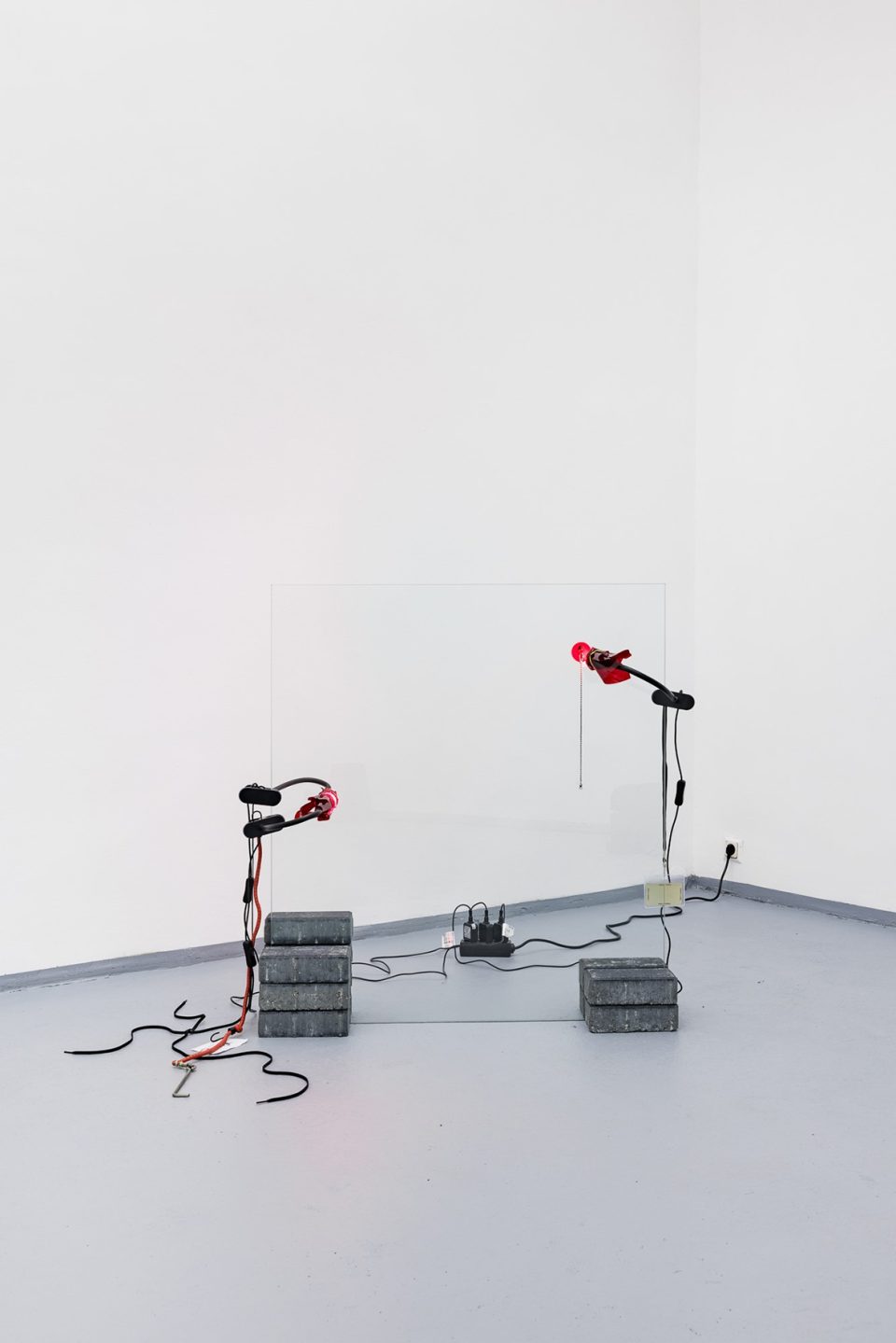 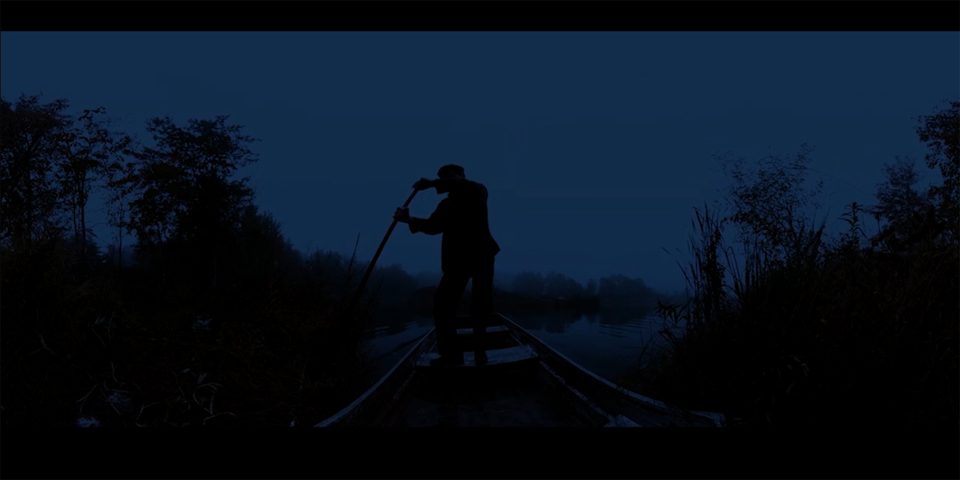 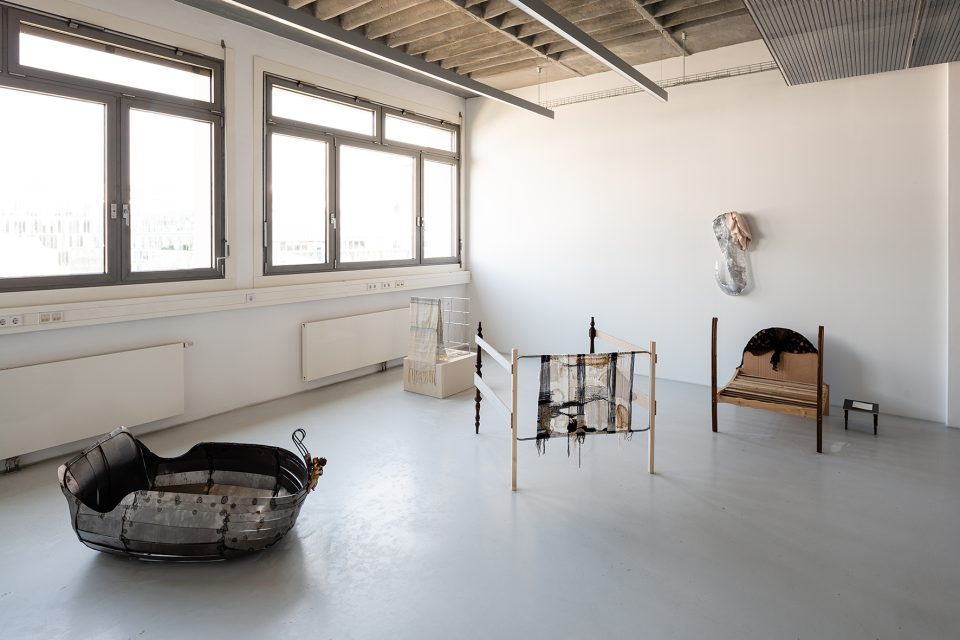 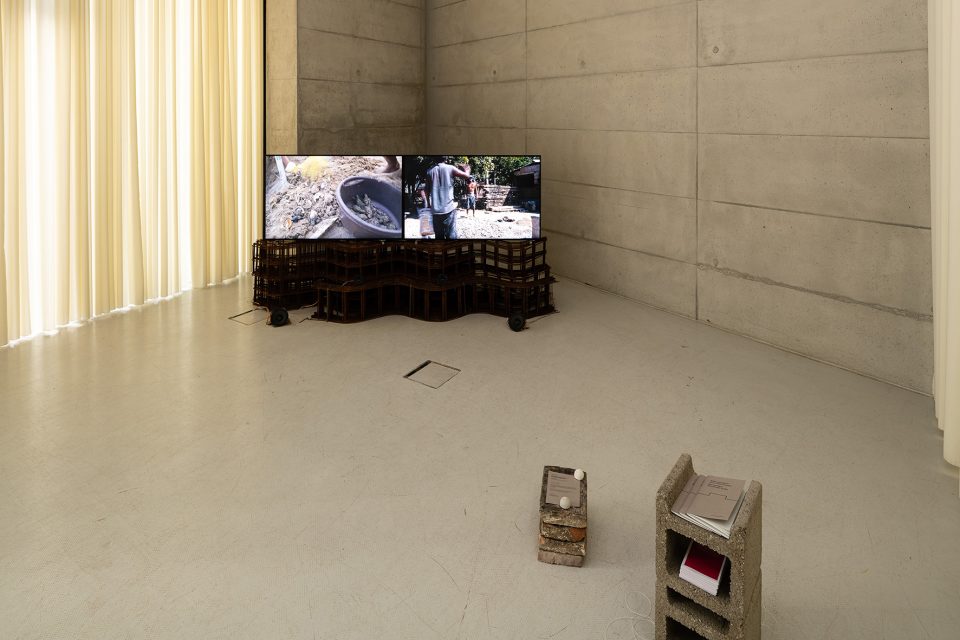 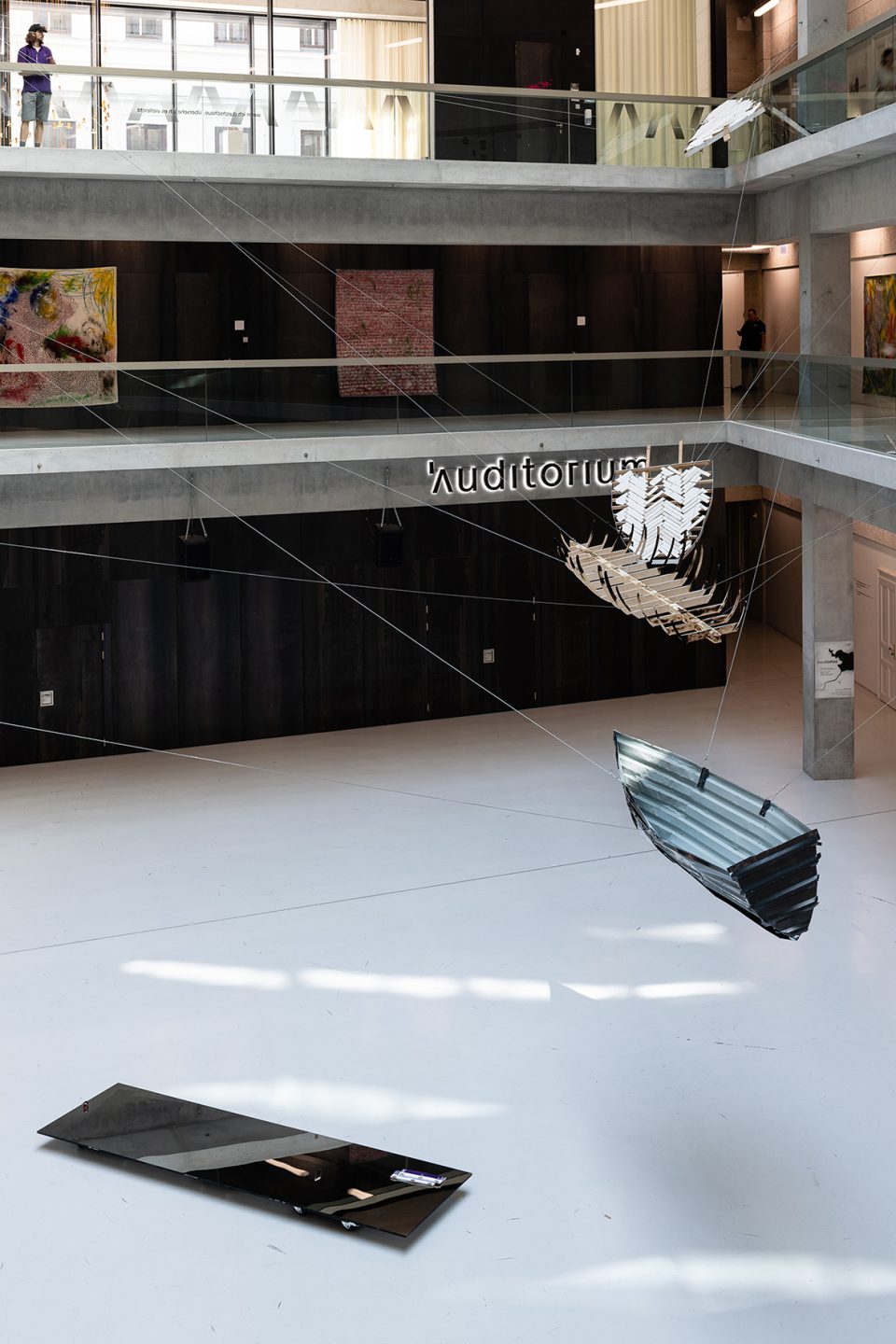 The prize, which is awarded by a jury to selected graduates of Vienna’s two art schools, includes the participation in a dedicated group exhibition accompanied by a publication; moreover, one artist from each school wins the grand prize, which comes with a cash award of €3,000. In 2022, both cash awards will be generously donated by Deko Trend.

For this year’s round of awards, the jury reviewed 95 diploma and M.A. projects from the fields of fine and media art — 43 graduates of the Academy and 52 graduates of the University of Applied Arts had submitted their work for consideration. A thematic concern that stood out in many submissions was the quest for a “genuine,” a truthful subjective expression that would register the social and political contexts of our time. The works also reflected the young artists’ empathetic alertness to the coexistence of human and non-human actors on our planet.

In light of the high quality of the submissions, the jury decided to invite altogether ten graduates to participate in the group exhibition, which will open at Kunsthalle Wien in the spring of 2023.

Winner of the first prize of the Academy of Fine Arts Vienna: Albin Bergström

Albin Bergström, This is not to be Repeated, 2022, installation view (detail), photo: Flavio Palasciano

Albin Bergström convinced the jury with his daring and joyful sculptures, inventive on a formal as well as topical level. Incorporating textile found objects in their surfaces and at the same time carrying others (teapots from all over the world and in all shapes), they become the extravagant but silent protagonists, whose bodily inscriptions subtly reflect the neutralization of colonial extraction histories in mundane (and presumably innocent) rituals.

Gleb Amankulov realizes temporary and sensitive conceptual assemblages out of found objects and standard pieces of furniture (or fragments thereof). The former function of the elements remains mostly recognizable, while the whole sculptures are at the same time uncanny and familiar. They appear in dialogue with small photos of interiors partly covered by white fields that conceal traces of former ransacking. Whereas past works bore references to his cultural origins, his diploma’s idiosyncratic language proceeds from a reduced but systematic process combined with an intuitive and very personal composition.

With a strong sense for opulence and humor, Alexandru Cosarca’s performative works beautifully and generously celebrate the power of the collective, the joy of togetherness and the political dimension of personal emancipation. Claims of gender fluidity and cultural multiplicity and the right to expression (as well as non-expression), but also the necessity of ambivalence and opacity, are at the core of his practice—for now and to prepare the future. His performances and spaces create the conditions for exchange, interaction, and care on personal as well as collective levels.

Charlotte Gash approaches (and performs) the world (of art) with a bold aesthetics, a peculiar stylistic freedom, and with sharp criticality. Sexuality, feminism, economic or emotional vulnerability: no topic is restricted, no visitor is excluded. Her expressive use of DIY culture, of pop-cultural references and formats (like sitcoms), the immersive dimension of her installations, and the recurrence of (black) humor and irony make them extremely seducing, triggering through a “primary emotion” the voyeuristic impulse and curiosity of the viewer.

Juliana Lindenhofer’s precarious material aggregates change over time and temperatures, grow or shrink, stretch or condense. They are shapeshifting, escaping the control of the hanging devices, but following earth’s attraction and the entropy of matter. Almost an intimate collaboration between the artist and the material, between her intentions and more-than-human agencies, they are at the same time crude and elaborate, precise and open. The (critical) evocations of working-class heteronormative family models, and patriarchal control in the titles are at odds with the formal characteristics and material of the works.

Winner of the first prize of the University of Applied Arts Vienna: Julius Pristauz 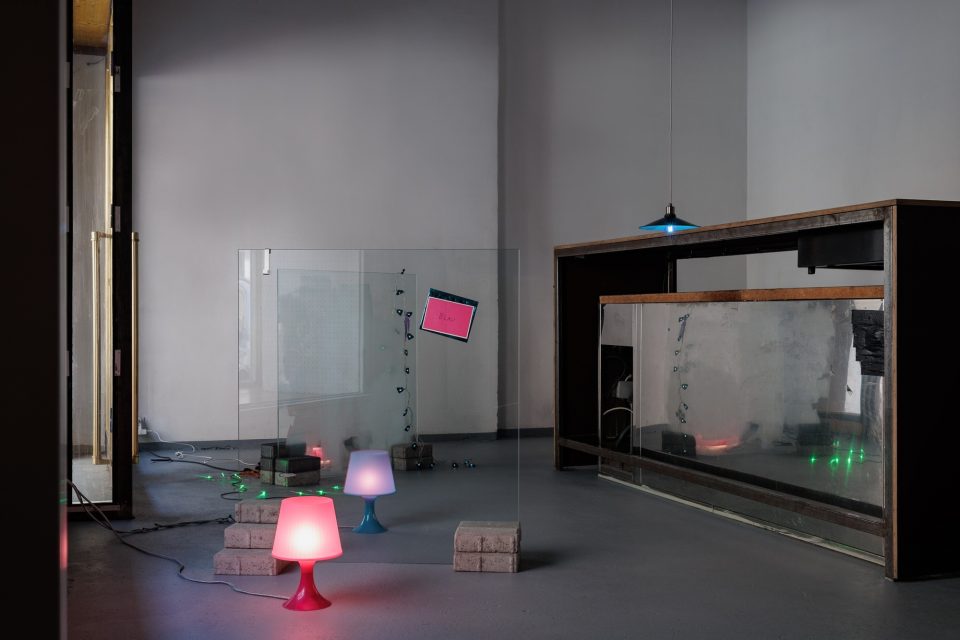 Julius Pristauz’s diploma is a multimedia installation surrounding his film BAD LIGHT. The sculptures play with objects and surfaces caught in reflections, opacity and diffraction, while the film (also incorporating these through light direction and editing) follows two times two protagonists in their trajectories through night and day, private and public, sadness and joy, or loneliness and friendship. Subtly attuned to each other, the artist’s works blur the categories along which identities are usually defined, navigating us through the multiplicity and complexity of queer identities and cultures.

Tijana Lazović’s work on friendship, loss and grief takes the form of a journey through a disappearing video archive and fragmentary memories, combined with almost magical scenes on water, on a boat. Diving into darkness, both formally and emotionally, touching the ground in a reversed catharsis, her film is also an existential and experimental investigation of memory and emotion as an intimate and collective construction.

Raphael Reichl’s work testifies to an attentive responsiveness towards a specific context and experience in Mexico’s Oaxaca State. With editing that is as precise as his formal vocabulary, the artist confronts on two juxtaposed screens imagery of caretaking gestures to protect turtles on their reproduction site with scenes staging workers building touristic infrastructure and living on construction sites nearby. In this way, the work reflects on the entanglement of (eco)-tourism in global economic and power structures, as it fosters the same extraction of labor and resources in the name of natural heritage preservation.

Vanessa Schmidt creates sculptures combining formal minimalism, reduction of means, with rich references, and high narrative potential. Often consisting of wooden or metallic structures on which a piece of handwoven textile is draped or hanging, these sculptures, evoking beds or boats, allude to the domestic realm, its nightly rituals and bedtime stories, yet radiate a certain sense of mystery and uncanniness.

Ramiro Wong’s challenging work relentlessly addresses the political dimension of aesthetics, the ideological construction of gaze, and the necessity of a positioning of both artists and viewers in front of processes of exclusion, discrimination, and destruction they witness. Traces and signs of devastation coexist in his works with moments of joyful exchange and sharing.