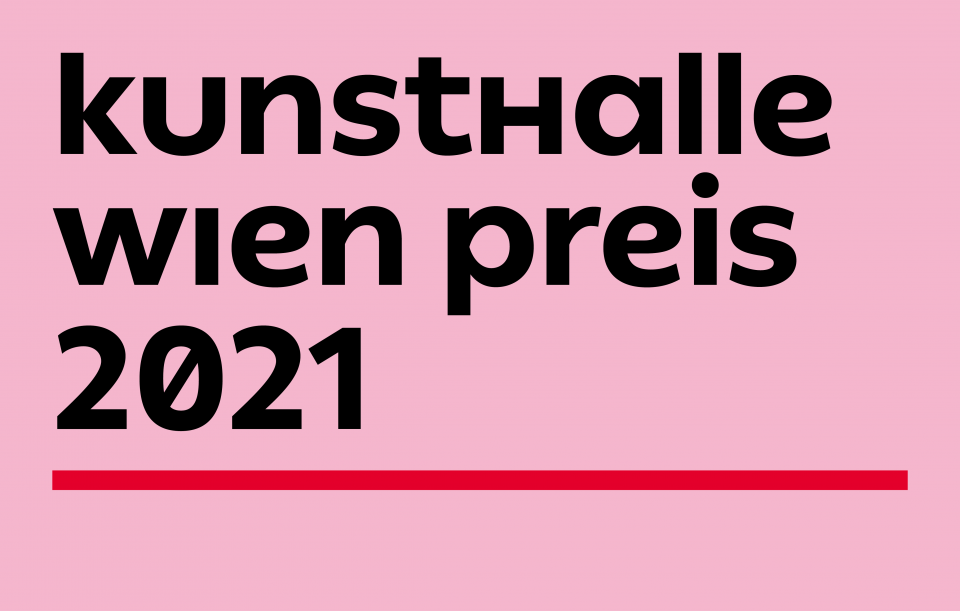 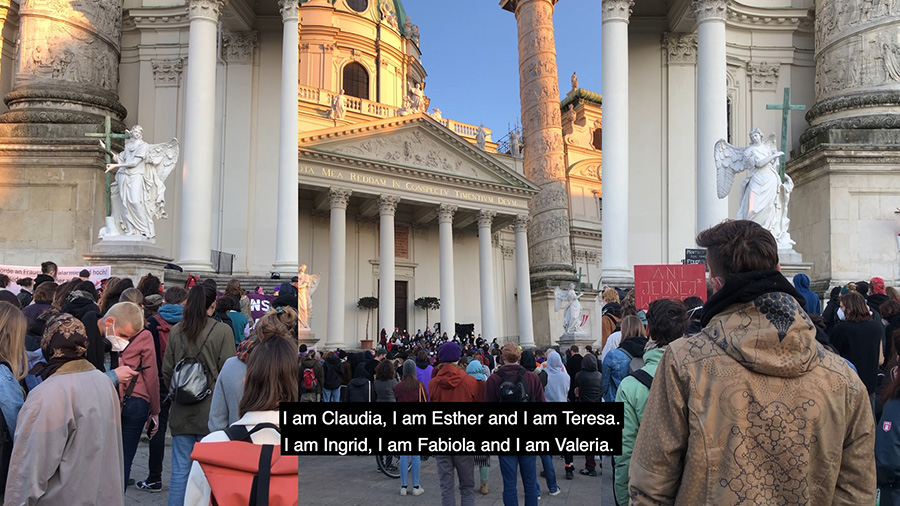 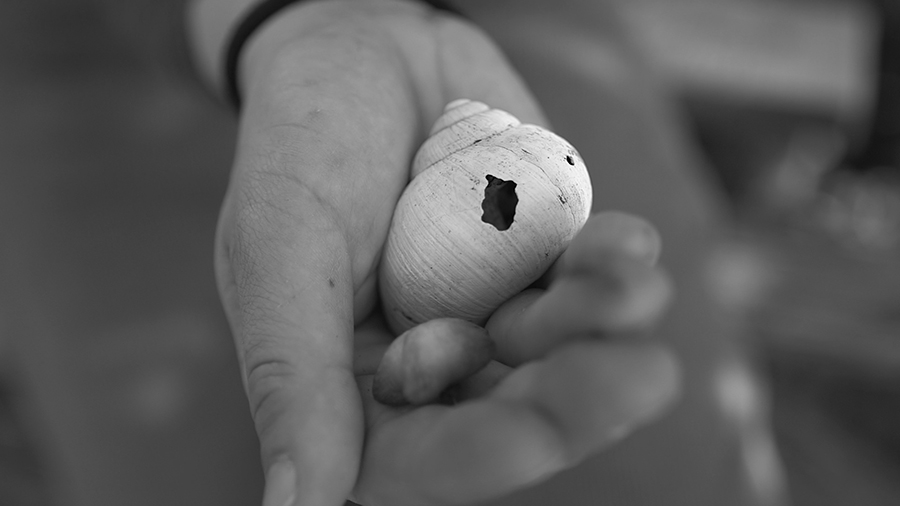 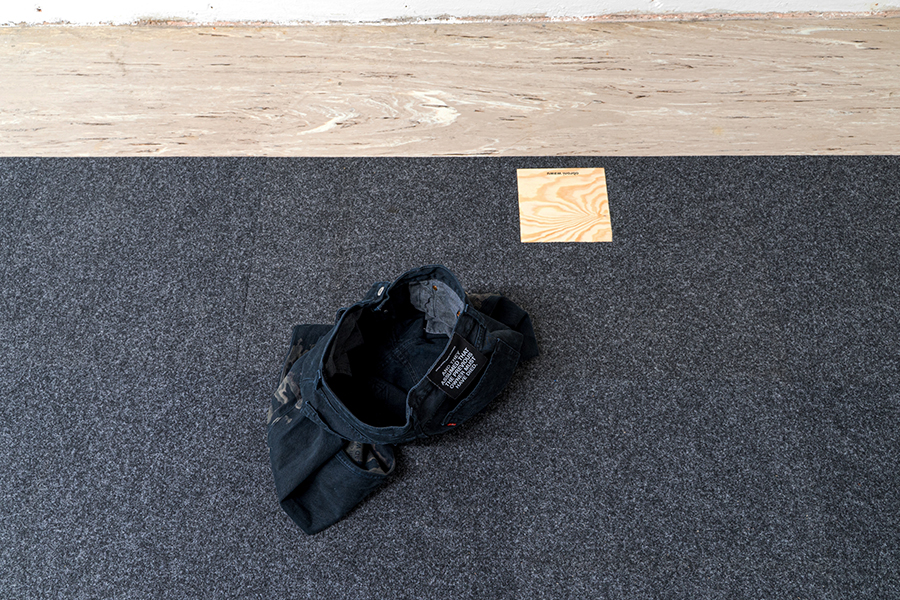 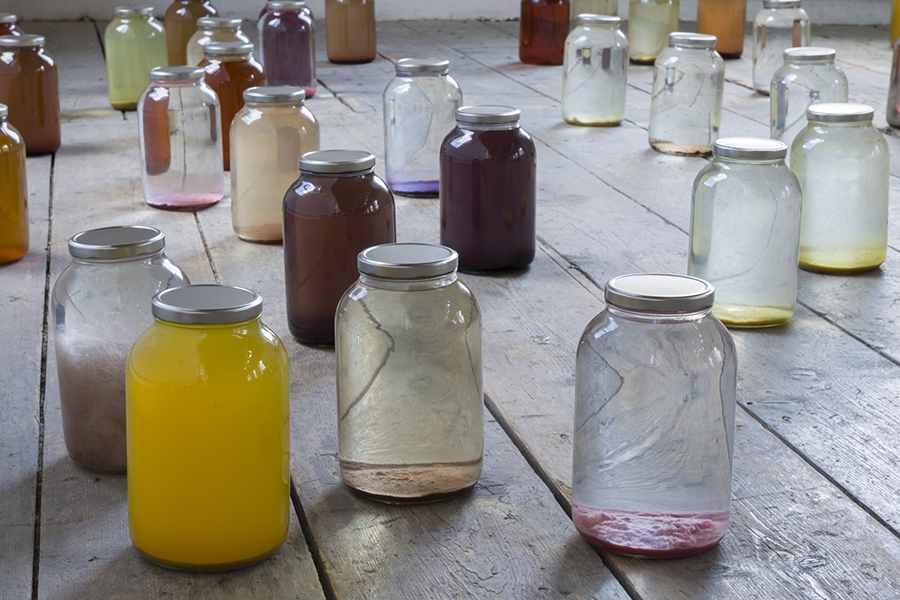 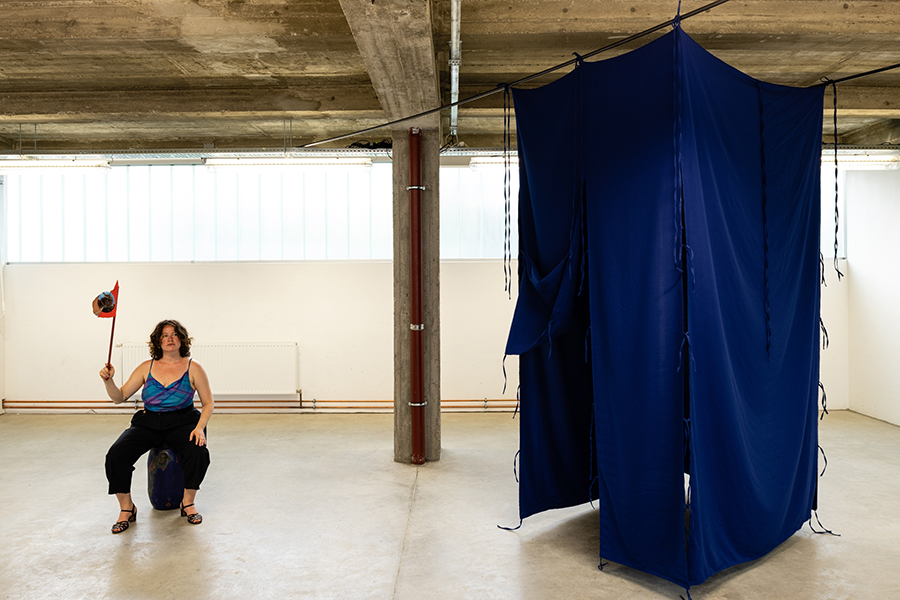 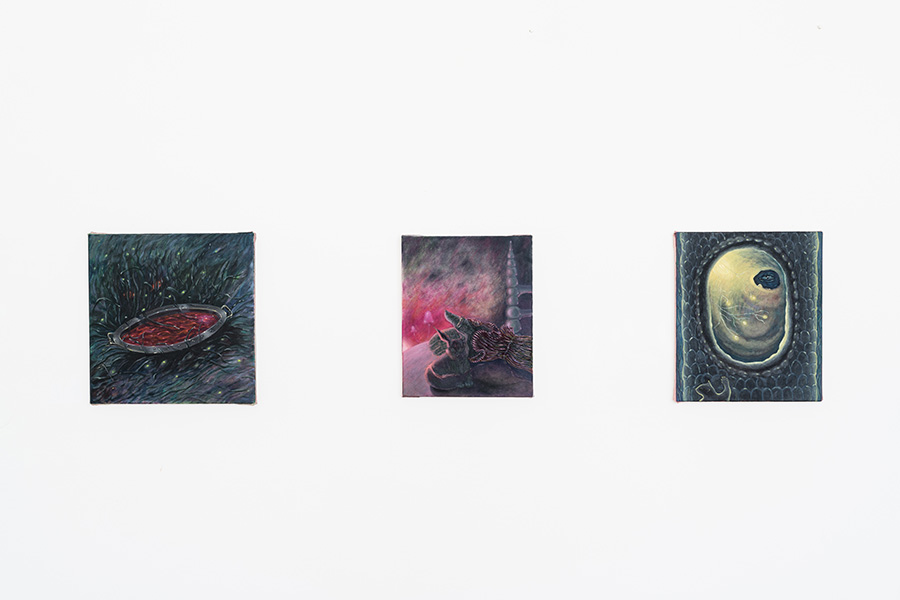 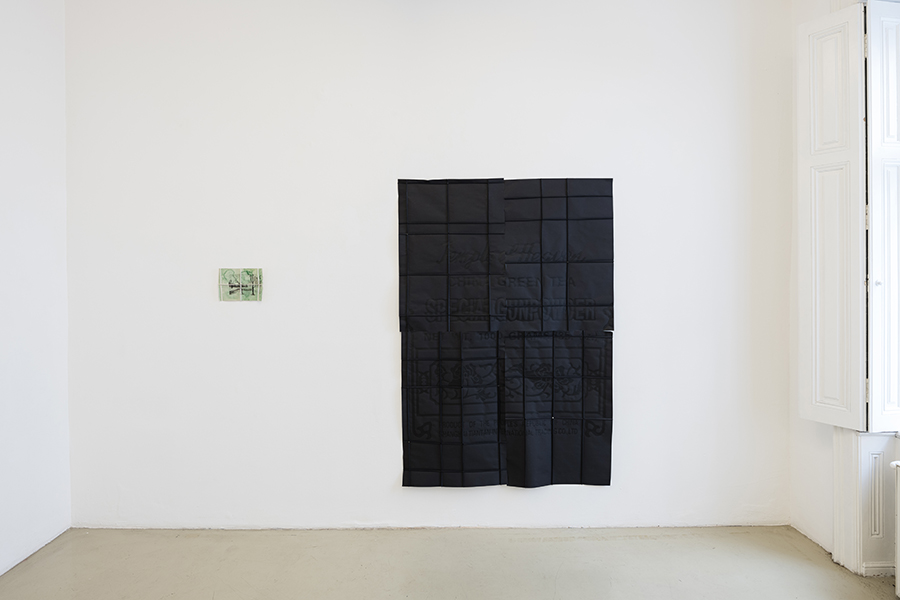 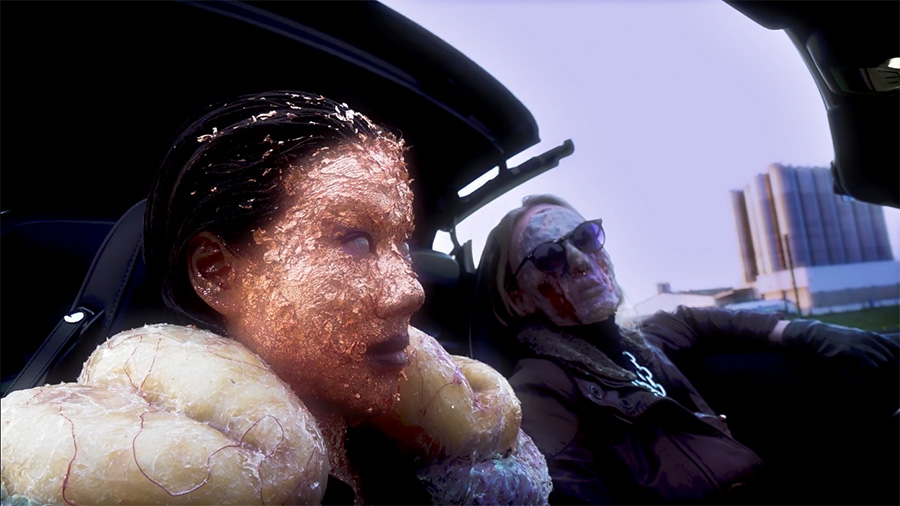 The annual Kunsthalle Wien Prize is awarded by Kunsthalle Wien in cooperation with the University of Applied Arts Vienna and the Academy of Fine Arts Vienna and given out for the seventh time in 2021. Despite the continuing pandemic-related restrictions on the two educational institutions’ operations and the difficult working situation for the graduates, this year’s jury once again reviewed and discussed over a hundred diploma and master’s projects in visual and media art and selected eight winning entries.

For the first time, the exhibition showcasing the winners of the 2021 Kunsthalle Wien Prize, scheduled to open at Kunsthalle Wien Museumsquartier in February 2022, will take the form of a group presentation. In addition to the works of the two winners of the first prize—Anna Spanlang of the Academy of Fine Arts and Diana Barbosa Gil of the University of Applied Arts, who will each receive a cash prize of €3,000—it will also include works by Cho Beom-Seok, Jojo Gronostay, and Nora Severios (Academy of Fine Arts Vienna) and Ani Gurashvili, Lukas Kaufmann, and Chin Tsao (University of Applied Arts Vienna).

The curatorial team of Kunsthalle Wien decided to open the prize to a larger selection of creative positions in order to represent a wider spectrum of artistic voices among the graduates of both art academies. While the principle of the prize is retained, it is shared between two winner and six other positions, reflecting a broader questioning of the value of singular artistic awards and the difficulties of judging art in a period of aesthetic and ethical transition. The prizewinning students are now also given the opportunity to design their group presentation and accompanying program collaboratively with the support of Kunsthalle Wien’s curator Anne Faucheret.

The 2021 Kunsthalle Wien prize is realized with the kind and generous support of the d+g bogner-stiftung and Dekotrend.

Winner of the first prize of the Academy of Fine Arts Vienna: Anna Spanlang

The video essay CEREAL / Soy Claudia, soy Esther y soy Teresa. Soy Ingrid, soy Fabiola y soy Valeria by Anna Spanlang convinced the jury with its lighthearted, cheerful and yet sharp character. The mini-series consists of eleven episodes for which the artist has edited short sequences from her cell phone video archive in a very precise way, documenting and condensing her life experiences and bringing onscreen the differences of social life between the time before covid and the pandemic era. The ephemeral and fast-moving video documents show a friendly togetherness, but also a critical, sensual and feminist exploration of social relations and public space, outlining new forms of artistic engagement.

Cho Beom-Seok
With An Encounter, Cho Beom-Seok delivered a very well-produced and sensitive black-and-white documentary that stunned the jury for its high-quality directing, scenario and camera. The work is less about diving into a mysterious character, the protagonist Thea, than about engaging a self-reflection on the cinematic process that tests the paradigms of control, transparency, and metamorphosis.

Jojo Gronostay
The jury was impressed by Jojo Gronostay’s well-thought-out installations and photographic works, which open a dialogue between the informal (economy) and the formal (aesthetics). Through cutting, reframing, recycling, re-ordering and displacing, he questions the circulation of gestures and values in the art economy.

Nora Severios
The jury appreciated the fragility and precariousness in Nora Severios’s works, which are full of wit. Diving into ancient or traditional nature-oriented techniques and rituals, she explores and re-invents modes of relation between humans, plants and animals, beyond one-sidedness and exploitation.

Winner of the first prize of the University of Applied Arts Vienna: Diana Barbosa Gil

At once opulent and playful, affirmative and self-reflective, virtuoso and tinkered, Diana Barbosa Gil’s Die beste Idee aller Zeiten [The Best Idea Ever] has convinced the jury by its boldness, precision, and self-irony. The artist arranged her polymorphous works in space through a thoughtful dramaturgy, creating a Gesamtkunstwerk-like environment functioning as a personal reference system and an intimate landscape. The topics of her work—questioning the migration and metamorphosis of forms connecting European with “tropical” modernity through art histories, and the pressure of invention and authenticity in the contemporary art system—also sparked the jury’s interest.

Diana Barbosa Gil (born 1990 in Cali, Colombia, lives in Vienna) studied transmedia art with Brigitte Kowanz as well as sculpture and space with Hans Schabus at the University of Applied Arts Vienna. Diploma 2021 with Hans Schabus.

Ani Gurashvili
Ani Gurashvili’s paintings intrigued the jury with their visions of a world full of fantasies of other-than-human agencies. At once strange and familiar, confusing and seductive, static and narrative, her works, inspired by surrealism, science fiction and feminist theory, bear an idiosyncratic and mysterious touch.

Lukas Maria Kaufmann
Lukas Maria Kaufmann’s water-colored, printed and folded paper series as well as his previous installations link the media screen and landscape, psychological and spatial dimensions, stylistic determination and free improvisation. In his works, he re-instantiates highly symbolic shapes, patterns or techniques to address common modes of reception and prompt other modes of interpretation and projection.

Chin Tsao
Chin Tsao’s video works and ceramics are driven by a squeaky-clean fetishization of the images and surfaces. The combination of horror aesthetic and speculative narration serving an inquiry into techno-politics, artificial identities, time and fiction captivated the jury.

The jury of the University of Applied Arts Vienna: