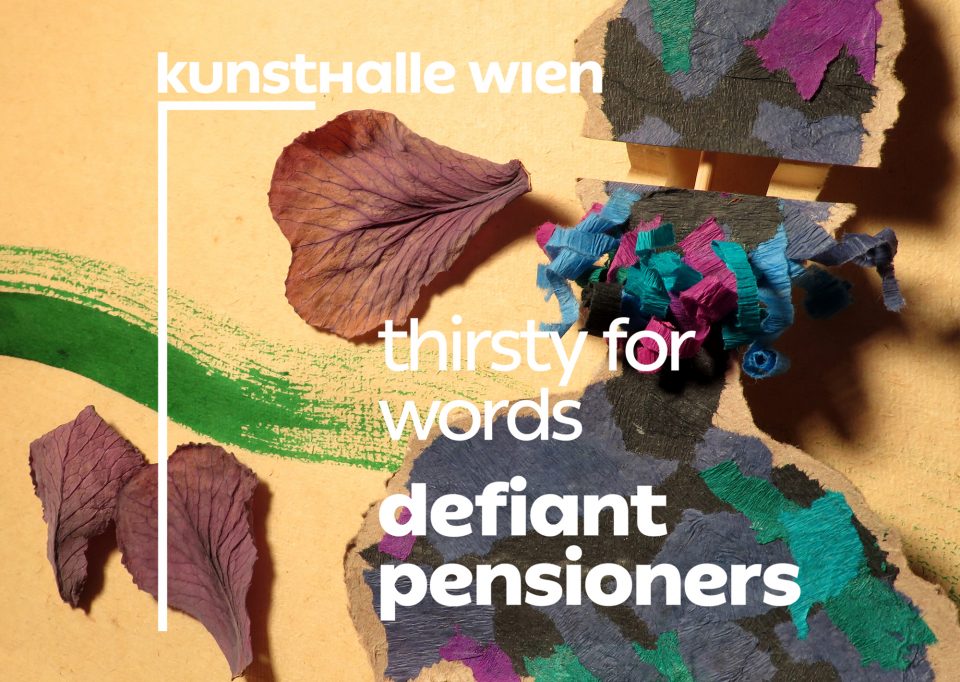 We are happy to host the poetic voices of the Defiant Pensioners (Prkosni Penzioneri) from Serbia in our series Thirsty for Words. Throughout the last weeks of quarantine, the Defiant Pensioniers have continued to write poems, both from their retirement homes or under strict lockdown in their flats. The artist group ŠKART from Belgrade has made videos for some of them and also illustrated the poems.

The Defiant Pensioners are best introduced through their own words:

The garden of poetry is everyone’s
(some selfishly think – no one’s).
The defiant pensioners do not idle about.

They united their poetic tools in 2014 at a ŠKART workshop in Zrenjanin and have cherished their garden ever since, despite everything, keeping it from withering away.

Today in a Retirement Home

I chat up grannies, banter with greybeards
Everyone’s fiercely glaring at me
Corona is the word of the day
About it I have nothing to say

I read books, compose rhymes and then
Often resort to things forbidden
On YouTube I watch all sorts of clips
The teeth I’ve left are but three odd chips

All my books I have read,
My old worries I have shed.
What a joy, oh, poor me
Just junk remains eventually.

Now I’ll be sour awhile
And once again I will compile
Some Coronavirus hearsay,
So that I keep them at bay!!! 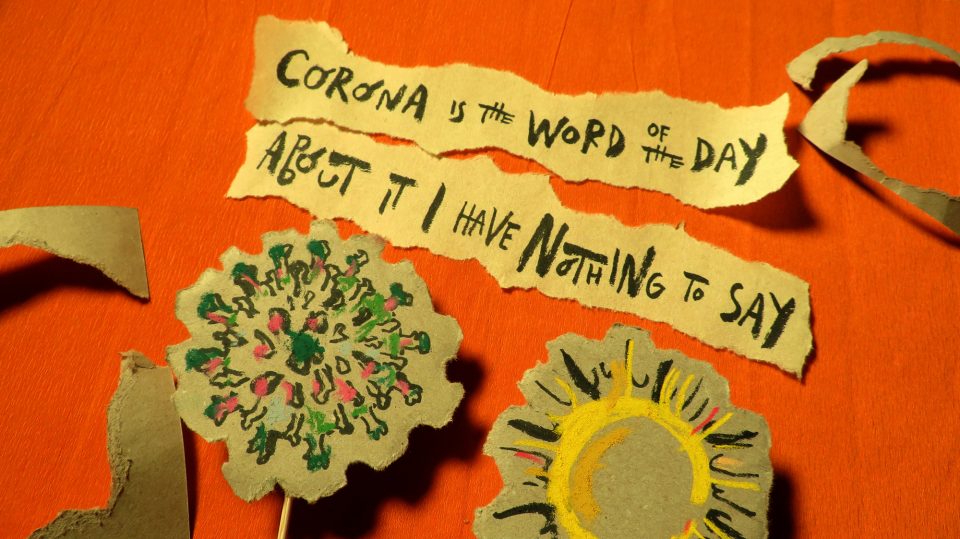 A pair of beds
a chair
a door

Irma, my roommate
Sits alone
caresses the air
and moans.

What are you up to, Irma?

Feeding the cats,
Can’t you see?
I really am, I swear
On my mother’s grave. 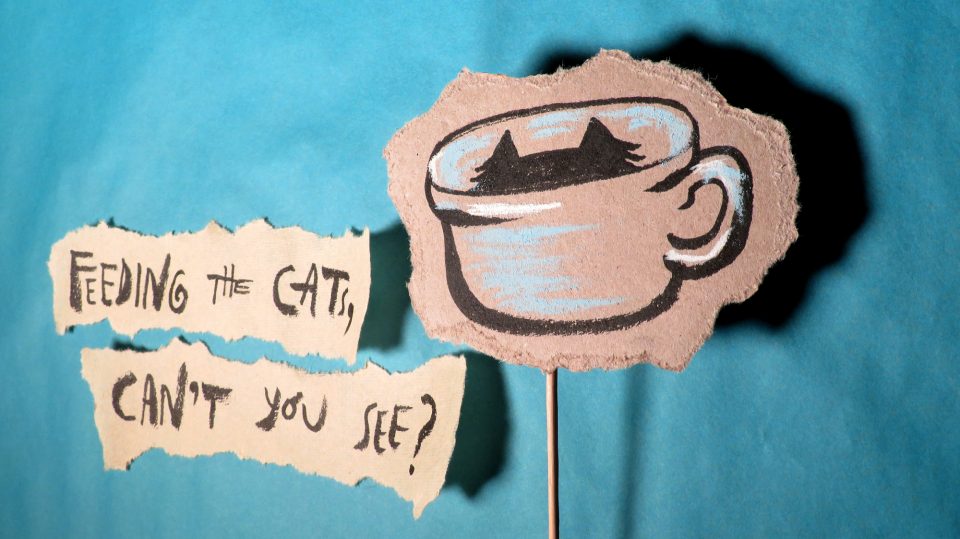 Don’t want to socialize with walls
They are life threatening
They sputter loneliness
How to escape them with my fettered, bare feet
Me within my own four walls.

Within the four walls there is no image, or sound
Just a distant booming like when bells resound
And as for colours, all shades of gray thrive
How to endure this alive
Me in between the four walls 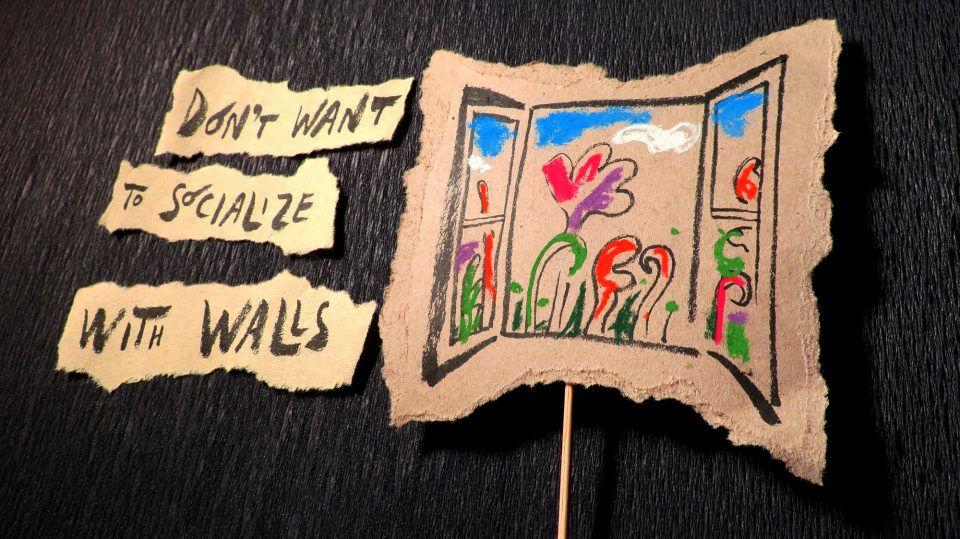 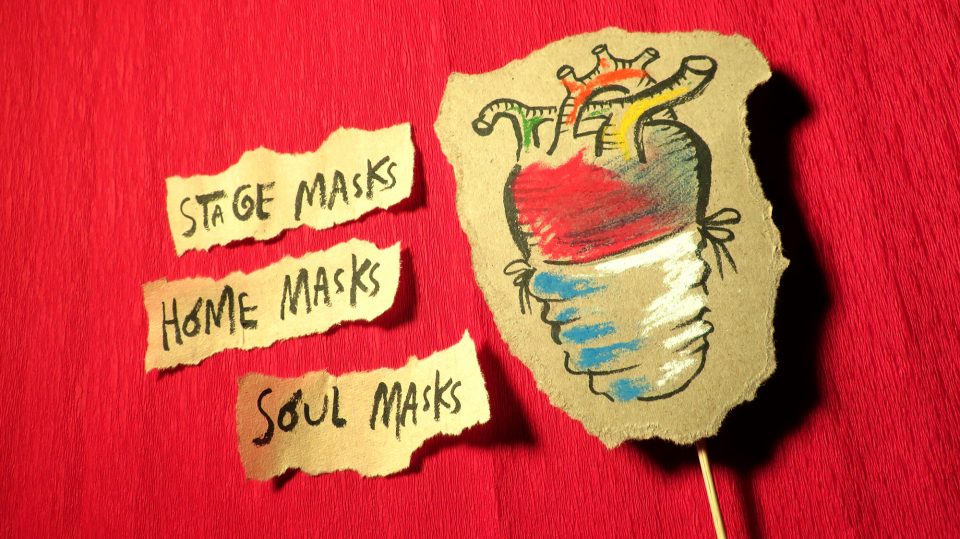 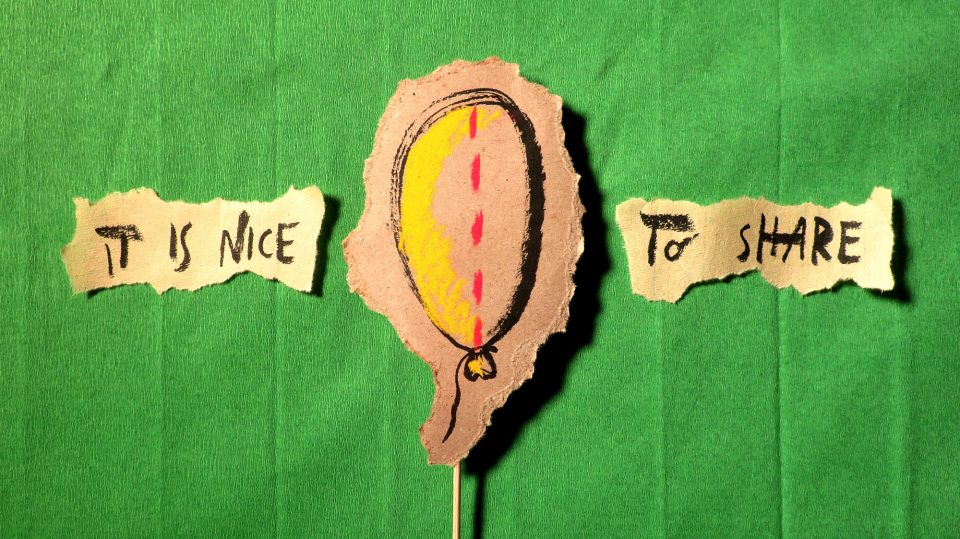 With a persistent stare
Straight in the eyes –
I drive away unwanted strangers’ cats
from my yard.
I feed sparrows,
And with the cats, it all resembles a ploy.

I swear,
I don’t know which sense of theirs warned them
Yet,
They first stood there frozen
Staring back
And then they withdrew.
I would never know
What these unfamiliar strangers’ cats
Had sniffed in me.
I dread
I’d be reborn
As an unwanted cat.

Rada Gava, defiant pensioner
In quarantine, Bela Crkva, March 2020
The text was received via telephone (RG) and animated live, using auxiliary materials, a pair of hands and a pair of legs (Škart).

The Ears of the Neighborhood

“Quarantine is the latest craze!” my mom’s greengrocer says, and adds in soothsayer’s voice: “Do not just sit there like a load within your private nursing abode. Could you stay at least partially mobile perchance, by doing perhaps some comical dance? Don’t let them move you out of your own cozy bed, to where you’d recline under a stone overhead!”

Bata Kara-Pešić, defiant pensioner
In quarantine, Belgrade, April 2020
The text was received via telephone (BKP) and animated live, using auxiliary materials, a pair of hands and a pair of legs (Škart).

Special thanks to the wonderful translator Milan Marković and to Dragan Protić Prota from ŠKART for never giving up on poetry.