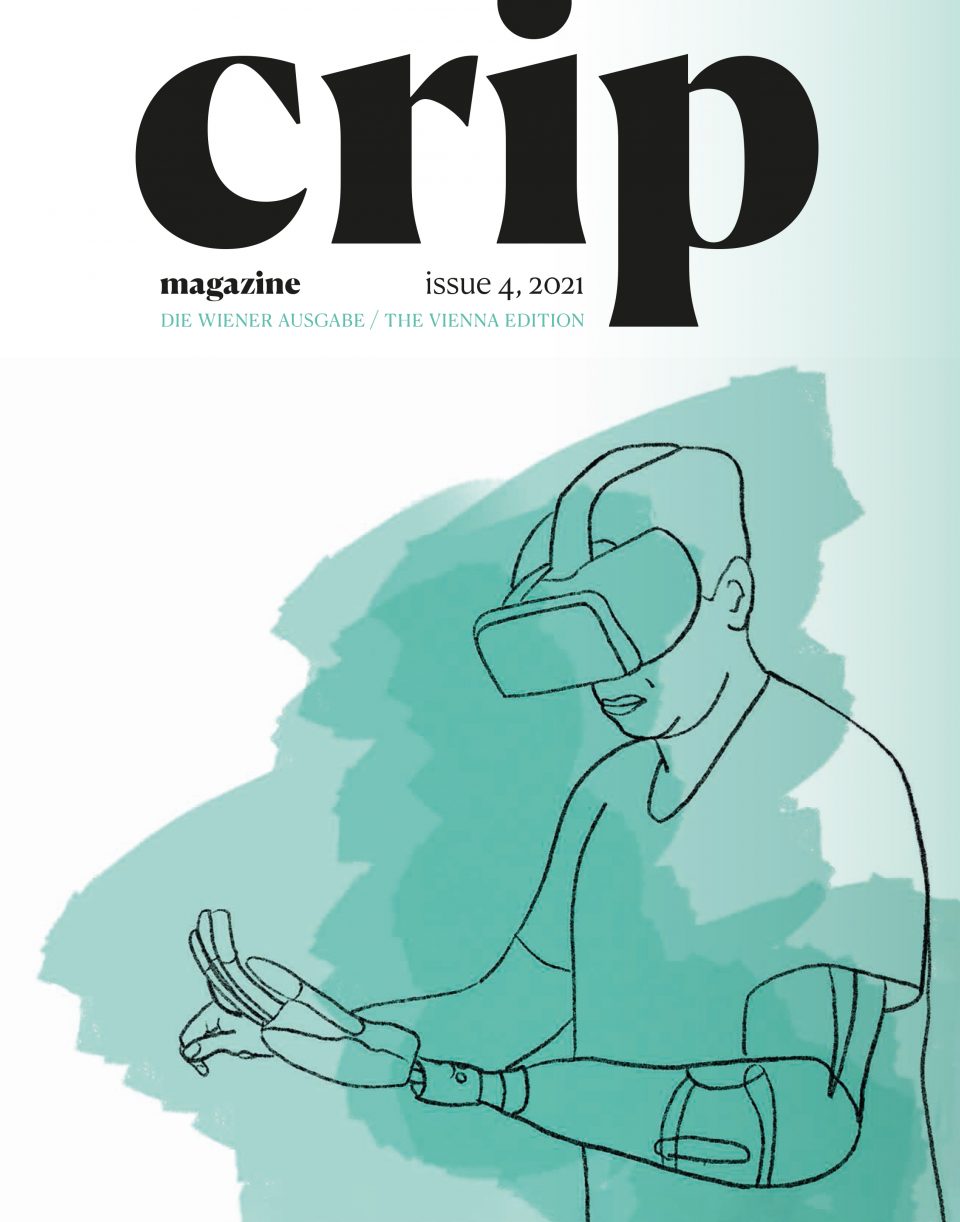 In the framework of KISS, Kunsthalle Wien continues the collaboration with Eva Egermann that was initiated in the summer of 2020 and has invited her to produce the fourth issue of Crip Magazine, a free magazine that the artist has edited since 2012.

Drawing on the reclamation of the term “crip” that has emerged within disability studies and activism, the journal overturns the ableist and hyperproductive framing of bodies within capitalism. Crip Magazine functions as a collective platform, gathering contributions by diverse cultural producers and artists. It stands for the emancipatory potential of art, cultural production, and publishing.

Issue #4, The Vienna Edition, has a focus on Vienna without neglecting other parts of the world. It gathers collages, poems, photos, drawings, Instagram posts, interviews, and facsimiles. Some contributions are unpublished, others are reprints, reformulations, or adaptations, sometimes paying homage to overlooked artists, and always sharing counterhegemonic experiences and knowledges.

In such times of exception, these texts and images remind us of the vitality of cultural practices and the necessity of artistic intervention. Critically queer and radically crip, the contributions embrace opacity and trouble, repoliticize daily life, and make a strong connection between representation and resistance. They all call for an equal and solidary future.

You can get your copy of Crip Magazine #4 at Kunsthalle Wien Museumsquartier from May 25; from the end of May an accessible PDF will be available for download from this website. The magazine will also be distributed as a supplement to the next issue of an.schläge Magazine, published on May 25, 2021 (only to subscribers in Vienna). An English version of issue #4 will follow.

In her research-based and collaborative practice, Eva Egermann (b. Vienna in 1979, lives and works in Vienna) revisits activist movements, various subcultures, and diverse artistic expressions. In her works and interventions, Egermann dismisses binaries such as healthiness/illness, disability/ability or vulnerability/strength as constructions designed to shape life. Her engaged artistic practice persistently aims at renegotiating the real.