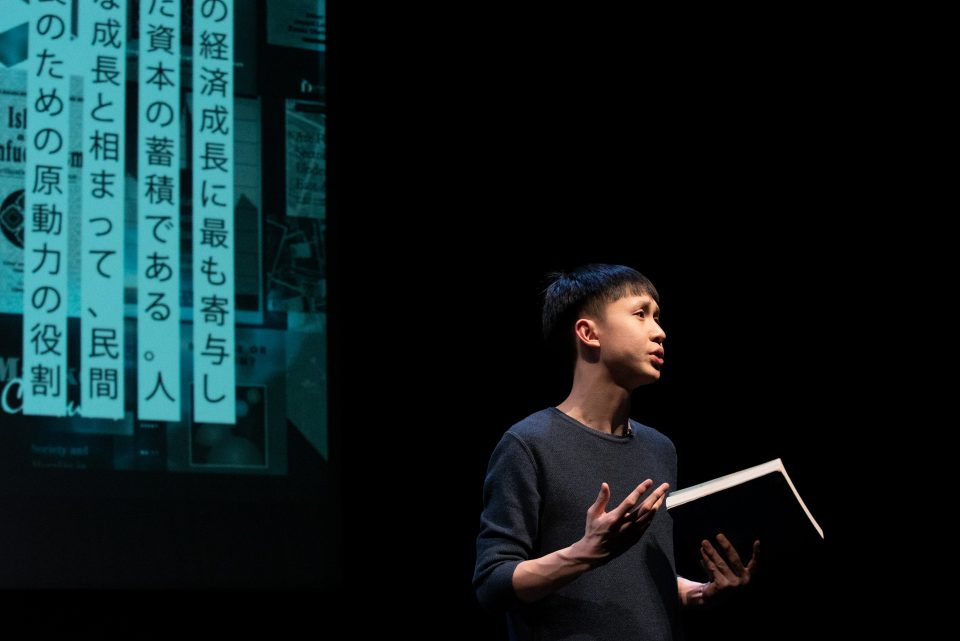 The tour will be held in English, the admission is free.

Ho Rui An will guide through his solo exhibition The Ends of a Long Boom and will contextualize the show within the current backdrop of global health and economic crises.

He will specifically consider the geopolitical shifts within the past forty years—once projected by American futurists Peter Schwartz and Peter Leyden to constitute a “long boom”—during which Japan was displaced by China as the largest economy in Asia. Linking the exhibited works, where Japan figures as the key protagonist, to his new performance The Economy Enters the People, which examines China’s post-reform political economy, the tour will further situate China’s rise against the so-called East Asian economic miracle that preceded it.