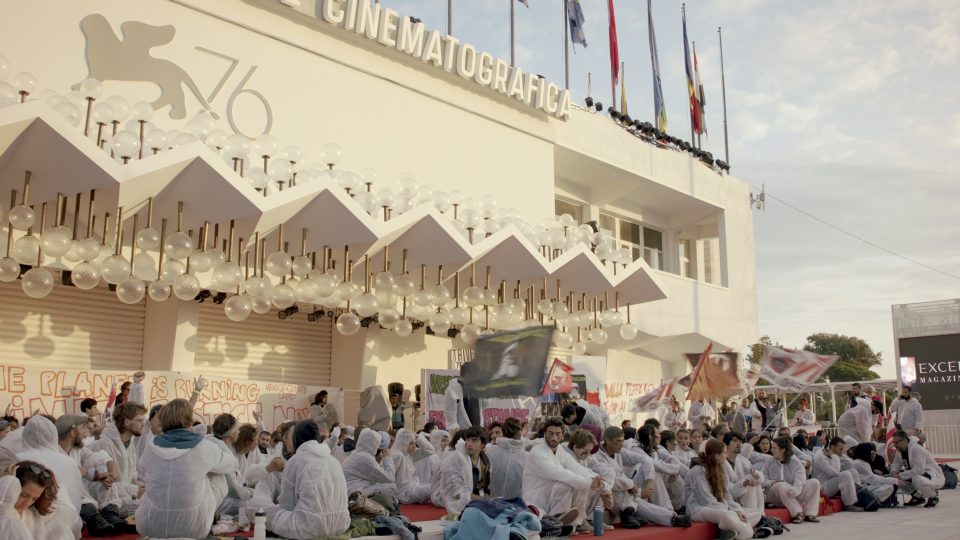 In a conversation between Oliver Ressler and Başak Şenova — a Turkish curator, currently based in Vienna — the two will address some of the socio-political aspects of emerging climate movements by reflecting upon Ressler’s practice.

The conversation will start by discussing three core questions which have steered Ressler’s body of work:
(i) What is the role of artists and cultural producers in the emerging climate movements at a time of climate crisis?
(ii) Does the involvement of so many artists in social movements discernibly affect the wider art world or only certain sections of it?
(iii) Corporate polluters use sophisticated strategies to make their pollution, emissions, and responsibility invisible. The production of invisibility is concerted and formidable. What artistic strategies might disrupt this gigantic manufacture of opacity?

Furthermore, the talk will evolve around Ressler’s artistic research, practice and methodologies by navigating through the six-part film series Everything’s Coming Together While Everything’s Falling Apart which is on show in the current exhibition.

Başak Şenova is a curator and designer (MFA in Graphic Design and Ph.D. in Art, Design and Architecture). She is the Turkish correspondent of Flash Art International and a member of the editorial board of PASS, International Biennial Association’s journal. Senova acted as an advisory board member of the Turkish Pavilion in Venice Biennale, the Istanbul Biennial, and the Biennial of Contemporary Art, D-0 ARK Underground in Bosnia and Herzegovina. She curated the Turkey and North Macedonia pavilions at the Venice Biennale in 2009 and 2015. She co-curated the UNCOVERED project (Cyprus, 2011—2013); and the 2nd and 5th Biennial of Contemporary Art, D-O ARK Underground (Bosnia and Herzegovina, 2013 and 2019). She acted as the Art Gallery Chair of (ACM) SIGGRAPH 2014 (Vancouver), the curator of the Helsinki Photography Biennial 2014 and the Jerusalem Show VII: Fractures (2014) and the inaugural exhibition of B7L9, Climbing Through the Tide (2019) in Tunis. From 2017 to 2019, she worked on CrossSections, a research/process-based art project and has curated five group and three solo exhibitions in the context of the project in Vienna, Helsinki, Stockholm, and Rome in 2018 and 2019. Currently, she is a Visiting Professor at University of Applied Arts Vienna.