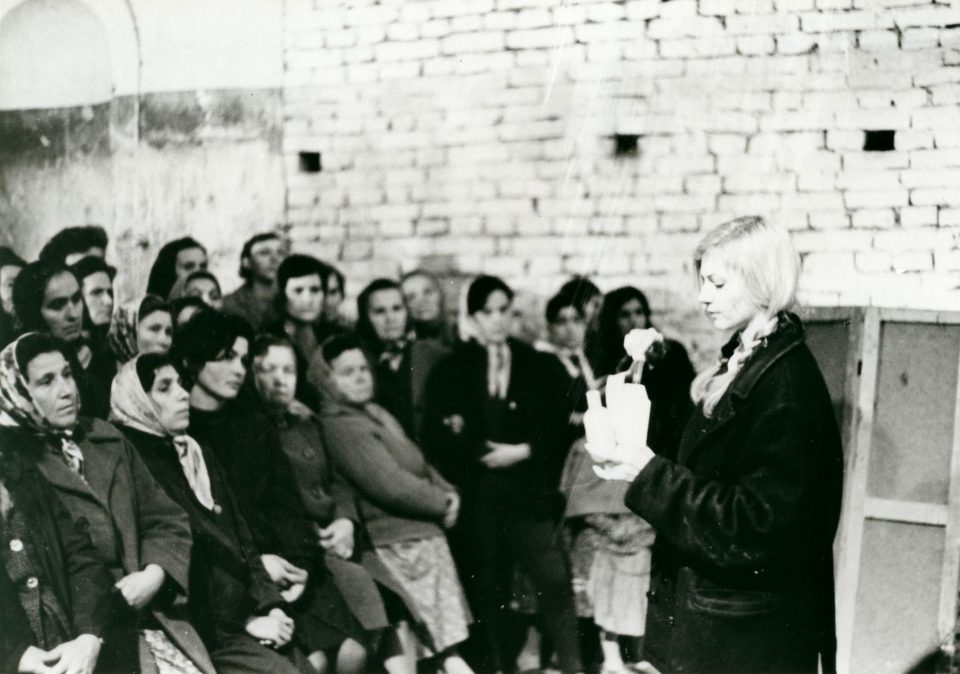 Comissioned and hosted by Kunsthalle Wien

Feminist Takes is a long-term discursive and publishing project instigated by Antonia Majaca in 2015, focusing on the relationship between feminist praxis, political theory and cinema. It envelops around a series of close readings conducted by a fluctuating interpretive community always looking at one single film in an indeterminate number of “takes”. Materials from the films are used to create a setting for each encounter leading to a new temporary, collective “montage”. Each session works as a depository of new takes that become part of a growing collection.

Feminist Takes has so far been focused on Early Works, shot in the early autumn of 1968 by the 26-year-old Želimir Žilnik. The scenario, co-written by Žilnik and Branko Vučičević, was drafted as a response to the two historical events that marked 1968 in Yugoslavia and Eastern Europe: the violent backlash against the June student revolts in Belgrade and the brutal ending of the Prague Spring. The title Early Works was borrowed from the title of the Yugoslav edition of Marx’s and Engels’s early writings which also provided the source of additional dialogues in the script.

This fourth iteration of Feminist Takes on Early Works brings together newly commissioned contributions by Maria Chehonadskih, Ashkan Sepahvand, Grant Watson with Reem Shilleh, and Rasha Salti. Each contributor will select 2 to 3 scenes as points of departure to develop distinct new takes in different formats. With no prior communication between them, the same scene might be viewed and interpreted several times.