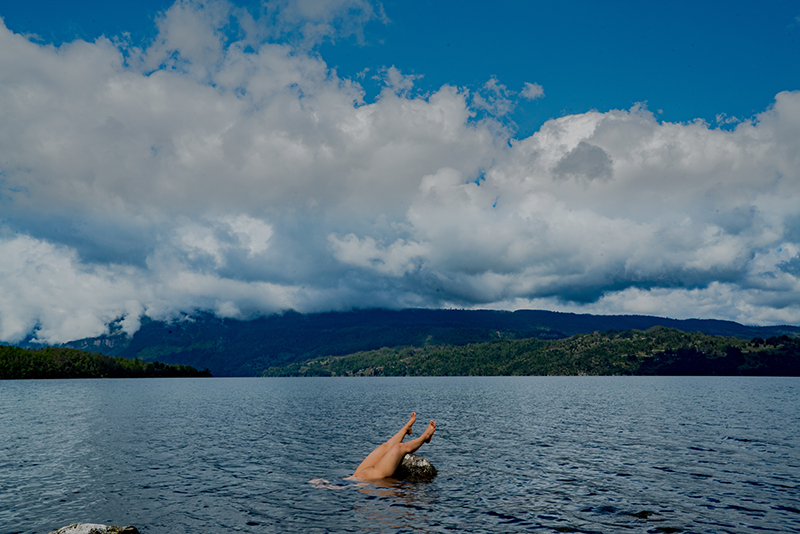 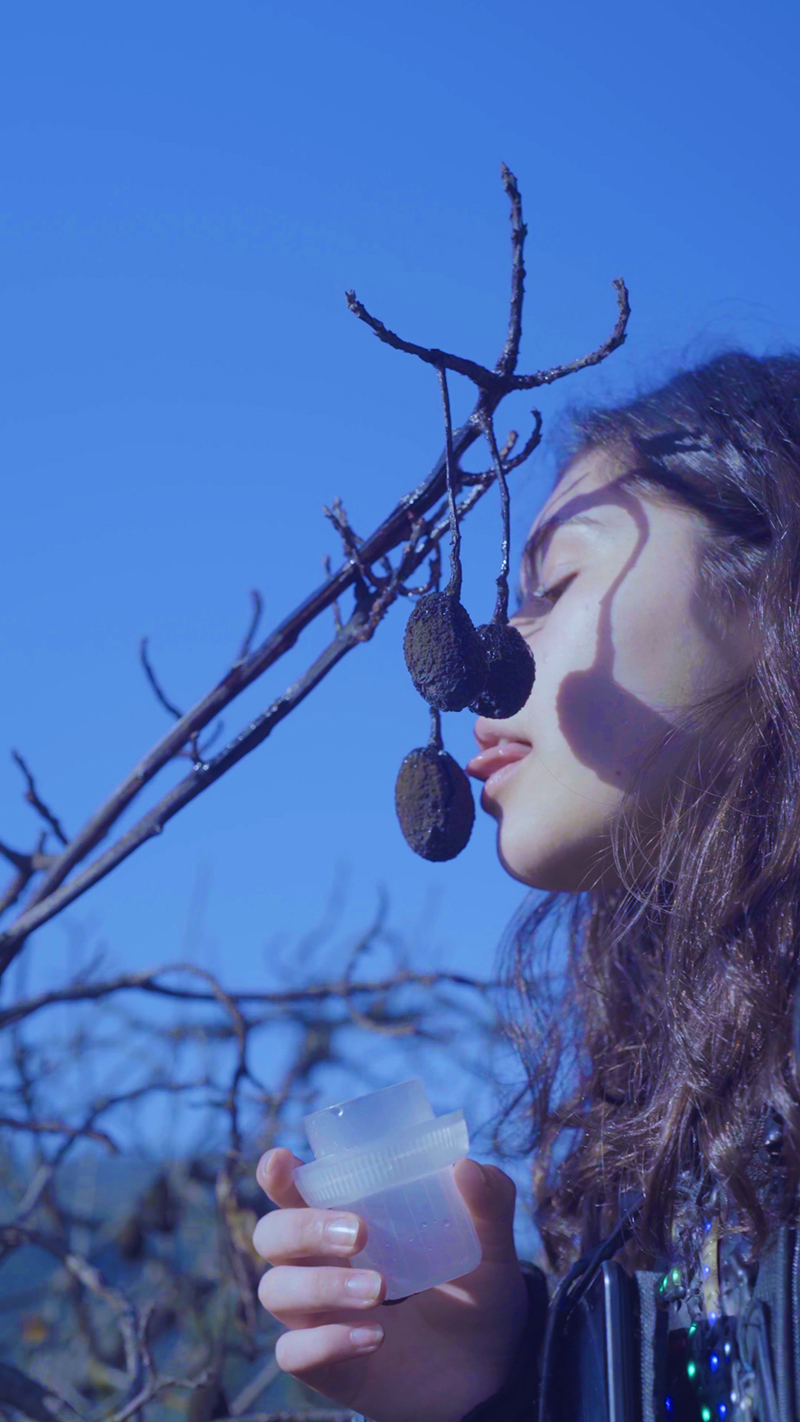 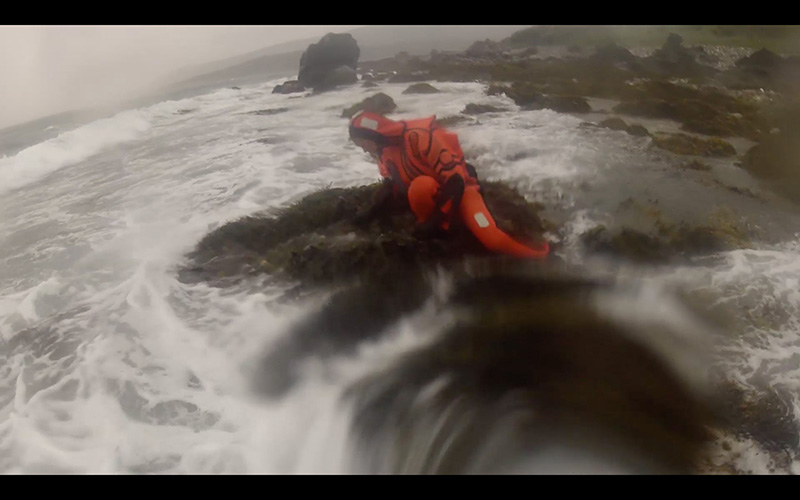 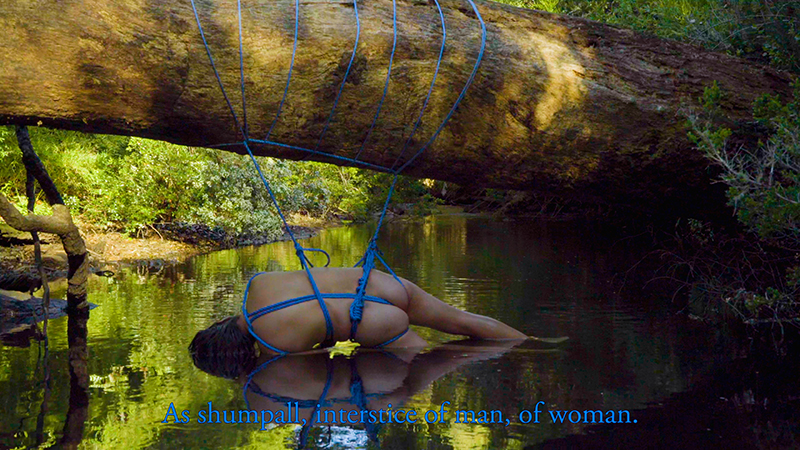 The event takes place on the roof of the Leopold Museum at the MQ Libelle.
The capacity is limited, please register in advance: rsvp@kunsthallewien.at

The relationship between technology and nature is mostly based on a logic of extraction facilitated by colonial juridical mechanisms and late capitalism. Getting Wet will consist of talks, film and video screenings around water as an element but also as an idea that will make our categories of thought erode and reconfigure our planetary relationships.

The one-day event aims at rethinking the notion of technology, by shifting from a mere apprehension of nature toward a deep attention to it by looking at non-human technologies and water as knowledge. Getting Wet also looks at the movement of the sea and its waves, low and high tides, the earth and the sky, fluidity of desire, the fermentation of seaweed, evaporation, immigration, blood and sweat … Water is therefore understood as a mechanism that works its way through the tiniest of cracks, slowly but persistently undermining exploitative systems.

Devil’s Apron, A Journey in Seaweed, Punk and Brewing Culture in the North, 2016, film still

The program of Getting Wet

Unpayable Debt
Talk by Denise Ferreira da Silva
What is it that a Black feminist poethics makes available? What can it offer to the task of unthinking the world, of releasing it from the grip of the abstract forms of modern representation and the violent juridic and economic architectures they support? If it is a practice of imaging and thinking (with/in/for) the world, without separability, determinacy, and sequentiality, then it approaches reflection as a kind of study, or as a play of the imagination without the constraints of understanding.

Denise Ferreira da Silva & Arjuna Neuman: 4 Waters – Deep Implicancy
2018, 30 min
This movie asks us to consider our world out of time, to think about a primordial moment of entanglement prior to the separation of matter into the forms we currently know, both human and non-human; a time the filmmakers describe as “Deep Implicancy.” Moving across four bodies of water, the Mediterranean, the Pacific, the Atlantic, and the Indian Ocean, the film follows the movement of people as well as elements and matter.

Kåre Grundvåg & Trond Ansten: Devil’s Apron – a journey in seaweed, punk and brewing culture in the north
2016, 19 min
The artists search for the lost knowledge of brewing seaweed. Inspired by a rumor that the Inuit of Kamchatka made an alcoholic beverage from red algae, they set out on a journey to find the recipe. Along their trail, they are exploring traditional refining processes in the light of new science, poetry, and good conversations.

Paula Baeza Pailamilla: Wüfko
2019, 4 min
Wüfko is an eye of water, a spring of great purity, and also the name of a sacred site in the forest of Challupen in the south of Chile. A Mapuche woman tells us the dream she had about this place, revealing a kimün (knowledge) linked to her own body sensitivity.

Sebastián Calfuqueo: Kowkülen (Ser líquido)
2020, 3 min
The work captures a physical, personal and poetic journey concerned with water, wetlands, lakes, oceans, rivers, and springs. It addresses concepts of the body, of the binary, gender and sexuality, the historical relationship between water and life, as well as the significance of water for any individual.

Patricia Domínguez: La balada de las sirenas secas
2020, 31 min
This video is part of La balada de las sirenas secas (The Ballad of the Dry Mermaids), a video installation for which the artist collaborated with Las Viudas del Agua (The Widows of Water), a group of women devoting their lives to the fight for access to water within their communities. Domínguez speaks about the privatization of water in Chile, the—politically, legally but also spiritually—complex flows of water and the possibilities for crying and healing in the digital era.

Katrina Daschner: Hiding in the Lights, 2012–2020
PERLENMEERE (Sea of Pearls), 2016, 8:37 min
POWDER PLACENTA, 2015, 9:17 min
POMP, preview version, 2020, 8 min
Hiding in the Lights has been conceived as a series of eight experimental shorts. In Getting Wet, three of these films will serve as intertitles, as it were, that open up a space where there is no need for concrete words and which therefore allows for longing, desire, and sensuality without clear attributions. Loosely based on Schnitzler’s Dream Story, images of human and non-human entities are sculpted into a non-hierarchical montage of erotically charged choreographies, outsourced fantasies, and the fluidity of roles.

Barbara Kapusta: The Leaking Bodies, 2020
Barbara Kapusta will perform a reading of texts drawing on her work The Leaking Bodies and speak of the effects of environmental, social, and emotional stress, the increasing toxicity of landscapes, and political instability. Speech is used to gain queer agency and allow for vulnerability. The performance is accompanied by sound from Rana Farahani, aka Fauna, who also contributed the soundtrack of The Leaking Bodies.