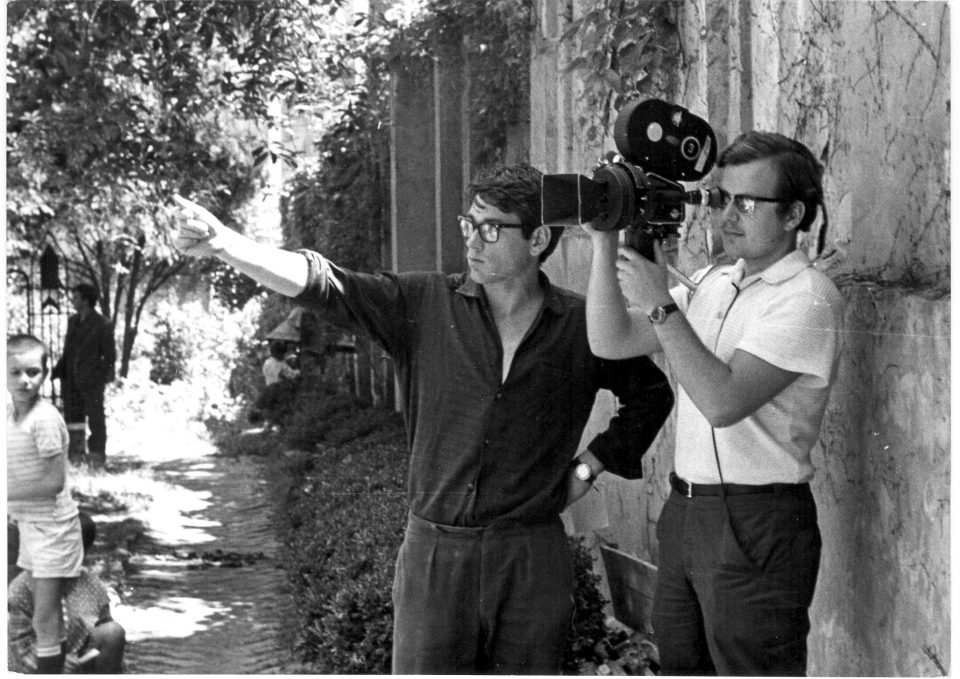 A special holiday treat in our Screen Time series – a new addition to the Želimir Žilnik exhibition: once again you have the opportunity to view a double bill (a short and a feature film), this time centered around youth, their troubles, and dilemmas. The films Little Pioneers & The Second Generation can be viewed for free from December 21 to January 3, exclusively here on our website.

Socially neglected children, forced to look after themselves, dare to go out into the streets and steal. They argue with their parents, who neither understand them nor have loving feelings for them. As a counterpoint to this story, we see a TV show that features a popular entertainer named Gula (Dragoljub Milosavljević) who addresses an audience of happy and carefree children.

Žilnik encountered a few of the deprived children who appear in Little Pioneers while working on another film commission. At that time, new streets were being built in Novi Sad and old houses were being destroyed. Many of the kids were living in the ruins of those buildings, and they earned money by selling newspapers and flowers. Žilnik was deeply impressed by their bravery and self-confidence in finding a way to survive.

During filming, Žilnik was arrested and spent two days in jail—the police wanted him to rat on the kids and kept asking him where the children kept the money they got from pickpocketing. The authorities didn’t believe that he was making a film, and Žilnik was released only through the help of his production house, Neoplanta film.

Upon release, Little Pioneers was met with great debate. Many people found it shocking, especially in a socialist society that claimed to take care of and support its underprivileged people. The younger generation of critics, however, largely gave the film favorable reviews, and it also received awards and was shown on television. As is often the case with his protagonists, Žilnik continued to collaborate with a few of the kids. In this exhibition, the main girl character, Pirika, can be seen in the film Early Works (1969), and several decades later, Žilnik made an entire film about her life: Pirika on Film (2013).

After 11 years of living in Stuttgart, fifteen-year-old Pavle Hromiš returns to his homeland, to his grandmother’s house in the village of Kucura, to continue his education in Yugoslavia. During the first week, the boy is confused by the new environment, the different curriculum, and people he does not know. Following a dispute with his grandmother and a conflict with his classmates, Pavle runs away back to Germany. However, his parents do not let him go to a German school again because they are planning to return to Yugoslavia in a year or two. Old friends are now estranged, and when they start teasing him about the poverty and primitivism in his country, Pavle defends himself and begins to see his previous experience in an altogether new light. He returns to Yugoslavia, to a boarding school in Novi Sad, where he meets other children – returnees from Australia, Canada, Austria, etc. – who share a similar destiny.

Žilnik’s interest in children going off to school in different cities and living away from their families was personal, because his aunt, who raised him, was the director of a big boarding house in Novi Sad. When Žilnik started researching the pupils who would appear in his documentary, he was surprised to find many couldn’t speak the Serbian language well and were lost between two identities. Žilnik first made a TV film about Pavle Hromiš which was very well received. He was than approached by Art Film Belgrade to shoot additional material about Pavle, re-edit and make it into a feature which went into cinema distribution.

We would like to thank a co-producer Radio Television of Vojvodina for granting us permission to stream this film.