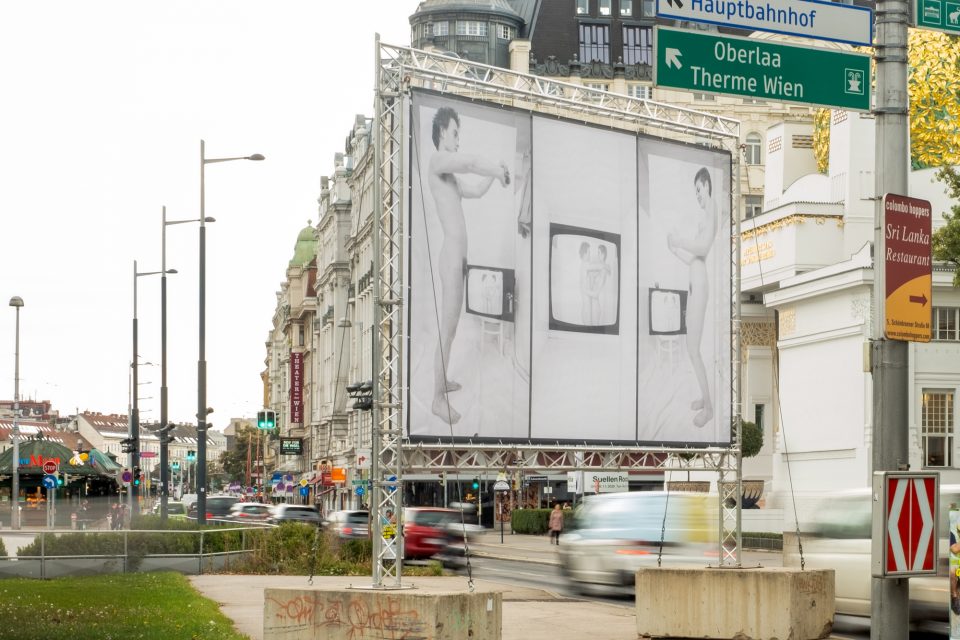 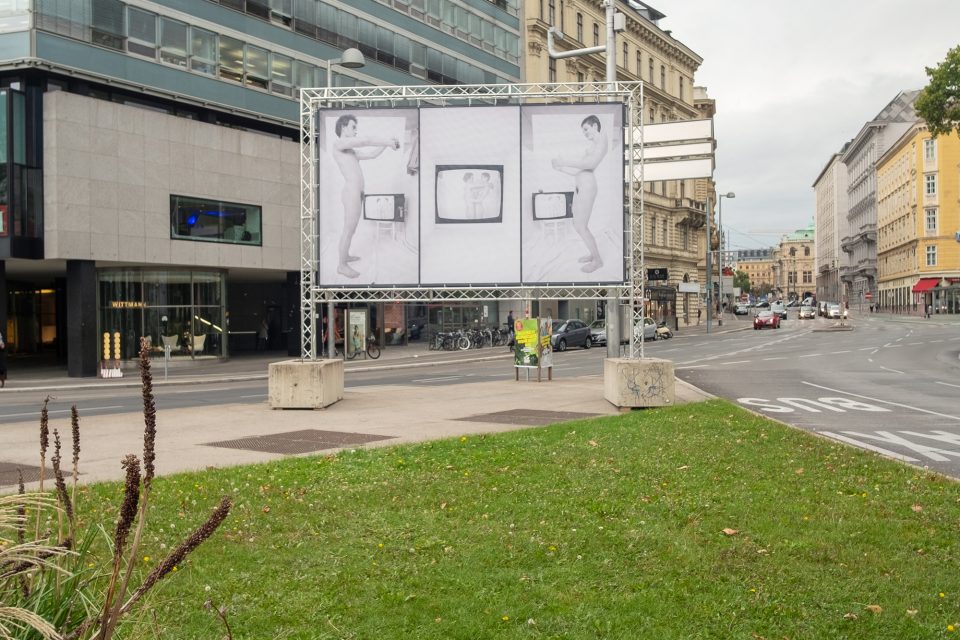 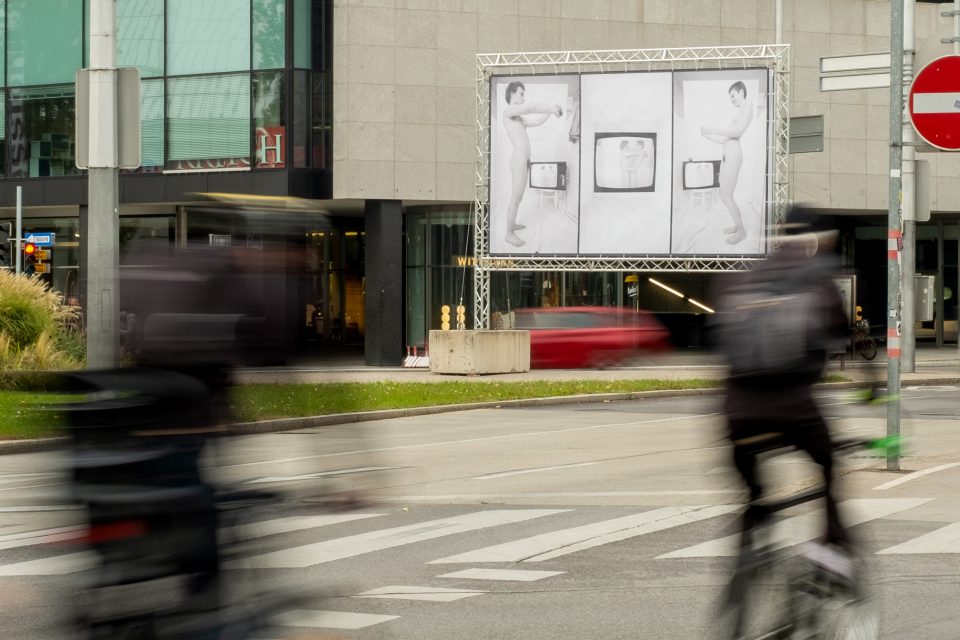 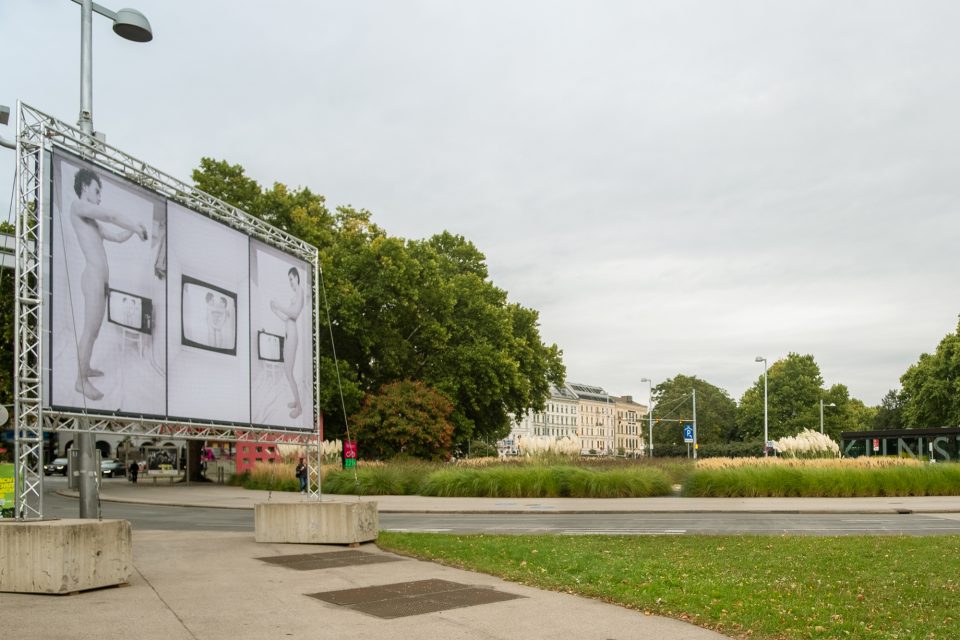 From 1983 until 1985, Margot Pilz (co-)created the series The White Cell Photographs. The white cell measured 1.65 m x 1.65 m, its 15 cm thick walls were painted white on the in- as well as on the outside – the dimensions of the movable walls corresponded to the artist’s own height and meant to be adjusted according to the needs of the respective performance. It was used as a backdrop for actions documented with a camera.

The first actions were performed by Margot Pilz herself. Later, she invited diverse participants to invent actions embodying the (psychological) process of “untying knots”. The artist envisaged the setting (space plus camera) as a representation of her “own internal space”, meant to crystallize bodily reactions and emotions in specific psychic conditions. Still, putting her interiority inside out, transferring inner space into a theatrical semi-public space, as well as asking people to inscribe their own stories in it, she rather pointed out the impossibility of the medium photography to capture psychological and emotional states. She also questioned the very process of self-representation – between self-determination and alienation – as well as the one of capture – between fixing and losing.

For KISS, three pictures from a five-part series featuring Jörg Matzner and Barbara Binder are enlarged and displayed in the public space of Vienna. Three cells are depicting three moments of interaction between two naked bodies and a technological device (a TV) within the representation apparatus of the studio. Whereas the picture in the middle showcases a mediated physical encounter, an embrace between the two actors on the screen of the TV, the two lateral images depict each of the two actors, performing alone the same embracing gesture – hence hugging only the air.

In times of social distancing, where intimacy and desire – beyond some few granted normalized configurations – have been relegated to secrecy or made impossible, new rituals and accesses to bodies have to be invented. Amorator could be seen as one of them.