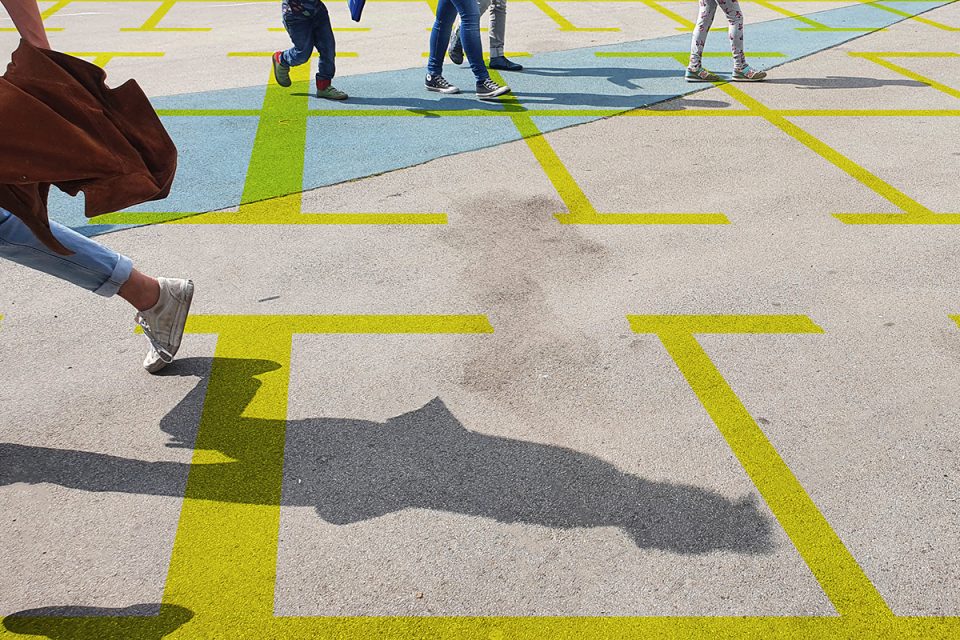 For a long time, the bunker beneath Yppenplatz was practically forgotten. This is now to change. In a three-day lasting action, the Magistrate’s Department for Democratic Narratives and Remembrance Practice in Urban Space (MA16), founded in 2021, marks the ground plan of the underground complex on the surface of Yppenplatz, thus bringing to light what until now lay invisibly hidden underground.

At the same time, MA16 is issuing an open call:

Who knows something about the bunker?

Who can help to remember its history?

We are looking for contemporary witnesses who can tell us about the history of the bunker’s development and use: People who sought shelter in the bunker as children during the war or their children and other people who know stories from that time. People who found shelter in the bunker in the post-war period or former market stallholders and private individuals who used the bunker’s rooms for storage and employees who managed the use of the storage room. Anyone who has ever drafted a concept for the use of the bunker and anyone else who can contribute to the memory of the history of the place.

The Magistrate’s Department for Democratic Narratives and Remembrance Practice in Urban Space (MA16) was founded in 2021 by the artist collective tangent.COLLABORATIONS and fellow accomplices. As an artistic-activist intervention, its actions advance the vision of a living and multi-perspectival memory practice, it opens new spaces for thought and discourse, and supports and connects various current political struggles around monuments and history narration in urban space.

As part of the initiative Bunker 16 – Artist in Residencies. A cooperation of brunnenpassage and Kunsthalle Wien.