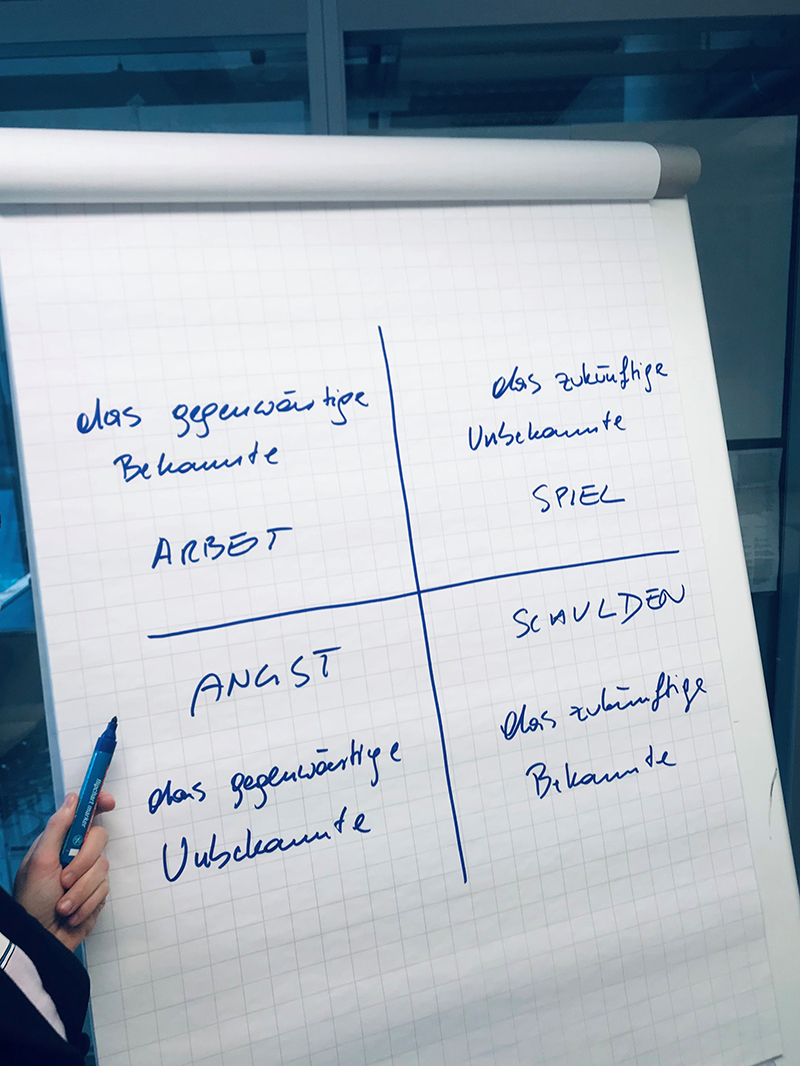 The event will be held partly in English (April 23) and partly in German (April 24).

Please pre-register by April 22 at sharingandresponding@akbild.ac.at.

Even if hardly ever described in such terms anymore, cybernetic feedback systems and their logic are ubiquitous today. The idea that, alongside flight paths and temperatures, social interactions and all kinds of decision-making processes can be regulated by now stands beyond question. With a program structured by the horizontal interconnectedness of various keywords, the symposium Sharing and Responding is dedicated to this condition, while simultaneously reflecting the inevitability of cybernetic reciprocity and interference.

Central to the four thematic blocks under discussion is the question of how regulatory structures are appropriated today—not least by those who are not enriching themselves through them. The program begins with the idea of anticipatory control that is at the heart of cybernetics (future/fiction/scenario), moving on to an exploration of the relationship of complex systems to individualized feedback (guilt/debt/responsibility) and ideas of self-management and labor (behavior planning/self-optimization/employment) before concluding with a look into the kinds of outcomes that can be generated from self-regulating networks (autofiction/desire/conspiracy theories).

The Sharing and Responding symposium is the second instalment of a series of events of the same title, and follows an online workshop in June 2020 with Amy Lien, Enzo Camacho, and the Zurich-based group The Field. The series examines cybernetic structures in language and art, planning, and surveillance. It thus picks up on the thematic framework of a two-semester seminar series that is part of the Master in Critical Studies at the Academy of Fine Arts Vienna, as well as on the exhibition Cybernetics of the Poor, curated by Diedrich Diederichsen and Oier Etxeberria.

All panels on Friday, April 23 will be held in English.

All panels on Saturday, April 24 will be held in German.