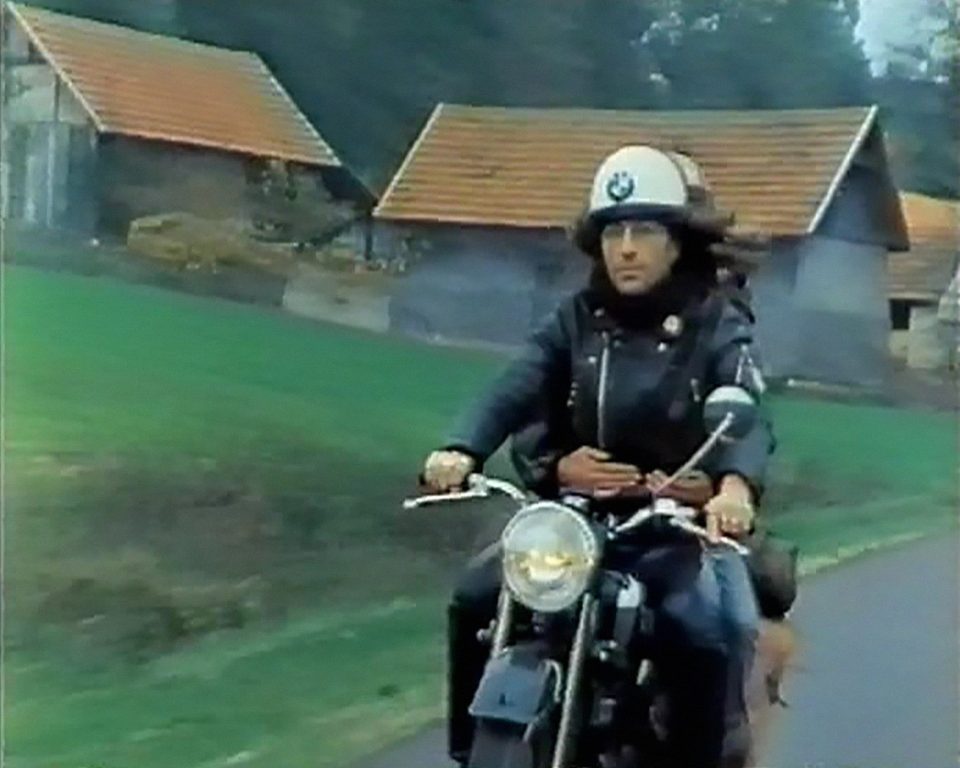 The aged rocker Igor works as a journalist and DJ at the “Radio Študent” in Ljubljana. He notices that the janitor Miha works for the police, tapping the walls and observing the journalists who are critical of the regime. After a clash with his editor, Igor decides to leave for Greece by his old bike DKW from 1938, via Bosnia and Serbia. Young Rahela joins him on the trip. Traveling through Yugoslavia, Igor becomes involved in unexpected turmoil: Milosevic’s “antibureaucratic revolution” starts in Serbia and Vojvodina.  There are populistic gatherings supporting new Milosevic’s policy of “Serbian union” and “preservation of Yugoslavia.” Igor witnesses a few of these gatherings, seeing them as retrograde theatrical performances with the stage design dating from the time immediately after the Second World War. The stage design has nothing to do with “brotherhood and unity” anymore, but rather with fragmentation of Yugoslavia into national neo-feudal dwarf states. Seeing that this country will not allow an ordinary life for decades, Igor finally sets off to Greece.