The Making of Österreich 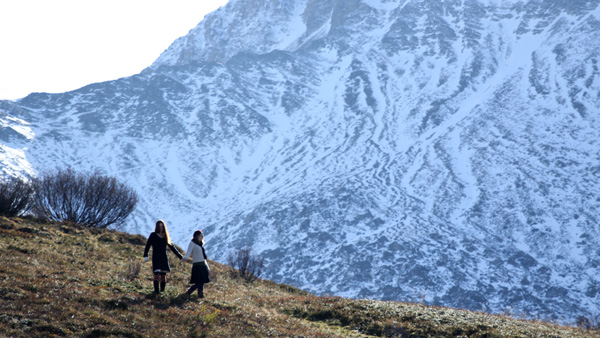 In the postwar year’s Austria’s image was strongly influenced by the American film musical The Sound of Music (after 1959). But inside the country itself the heart-warming song-and-exile story of the Trapp family largely remained unknown. As part of a broadly based national branding campaign for Austria, externally constructed clichés are finally meant to be accepted internally as well. The “reconciliation” will take place in the form of a surreal musical revue through the long chain of interconnected attics in the baroque wing of the MQ.

The Kunsthalle Wien contributes to this self-discovery two artistic positions. For once Ben Pointekers cinematic epilogue questions the nature of time and image and the final point of the performative tour will be marked by a site-specific sound installation by Matthias Kassmannhuber and Markus Oberndorfer.

The Making of Österreich is a coproduction of the MuseumsQuartier Wien with Dschungel Wien, Kunsthalle Wien, toxic dreams, Tanzquartier Wien, and Performing Center Austria as part of the MQ Summer of Sounds. You will find more information here.