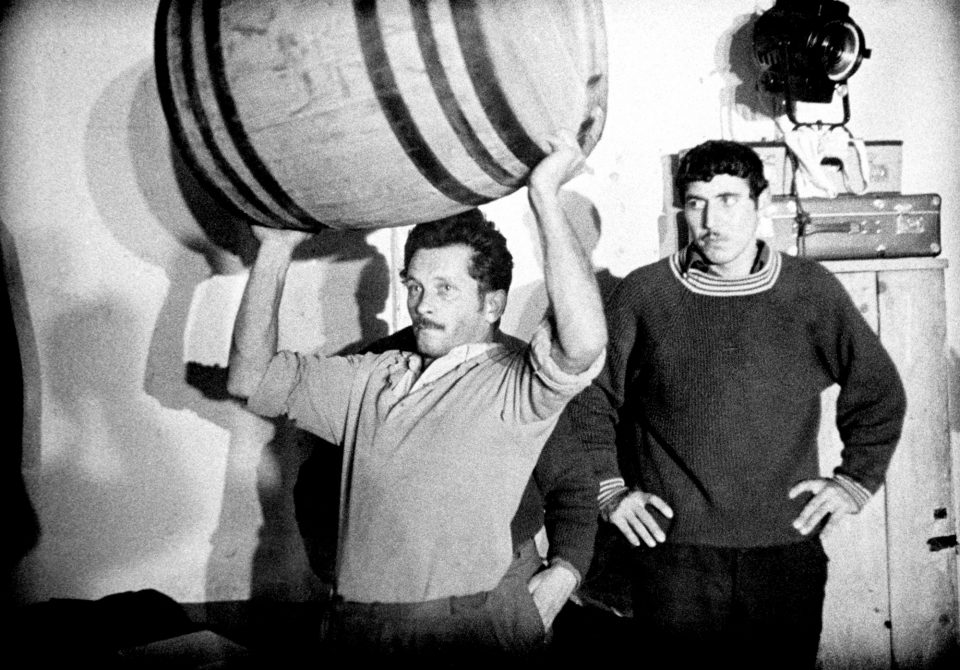 For our series Screen Time we are presenting two films by Želimir Žilnik: The Unemployed (1968) and The Way Steel Was Tempered (1988). Both films show Žilnik’s long-term interest in workers and their struggles, looking with political clarity and humor at how they are so often neglected by the political systems that control their working lives. The films are available online for a week.

This film presents a series of portraits and situations people found them-selves in after being made redundant during a time of economic reform, which was a move toward establishing a market economy in Yugoslavia. In the interviews, people speak about their doubts and the confusion arising from the fact they had been expecting socialism to give them more social security. They criticize parasitic bureaucracy as well as the neutralization of unions and the revolutionary moment. They opt to leave for West Germany and to work there, since around that time Yugoslavia and Germany signed an agreement allowing a number of Yugoslav guest workers (Gastarbeiter) into the German workforce.

When filming a tottering statue, you can either show whatever remains of its symbolic glory or focus on the cracks that are making it collapse. Yet Želimir Žilnik finds a third way here, by both foreseeing the fall to come as well as examining the absurd existence of those that still live in the shadow of the statue. All this is very metaphorical, of course, as the director focuses on another breaking point of socialism once again.

The end is indeed near in this satirical comedy which follows Leo (Lazar Ristovski), a steel worker who, like everybody else, only wants to get what he thinks he deserves. The system is already dead. The whole film unfolds like the sequences of panic in disaster films, only that it’s not about actual survival here but rather feathering one’s own nest. “It’s war, baby,” says the head of the steel mill, as he raises his air gun aimed at the twilight of socialism. Leo is more interested in romantic encounters, however. He falls for a teenager and his wife leaves him. In the midst of all this immorality and corruption, some foreign collectors of socialist realism remains offer Leo a way out and years later he returns with a Cadillac. Thus this symbol of American wealth replaces the old statue but, as history taught us, it’s not for the better. (Text: Patrick Holzapfel/Viennale)

The film The Way Steel Was Tempered was shown as part of Kunsthalle Wien’s collaboration with the Viennale at the festival in October 2020.