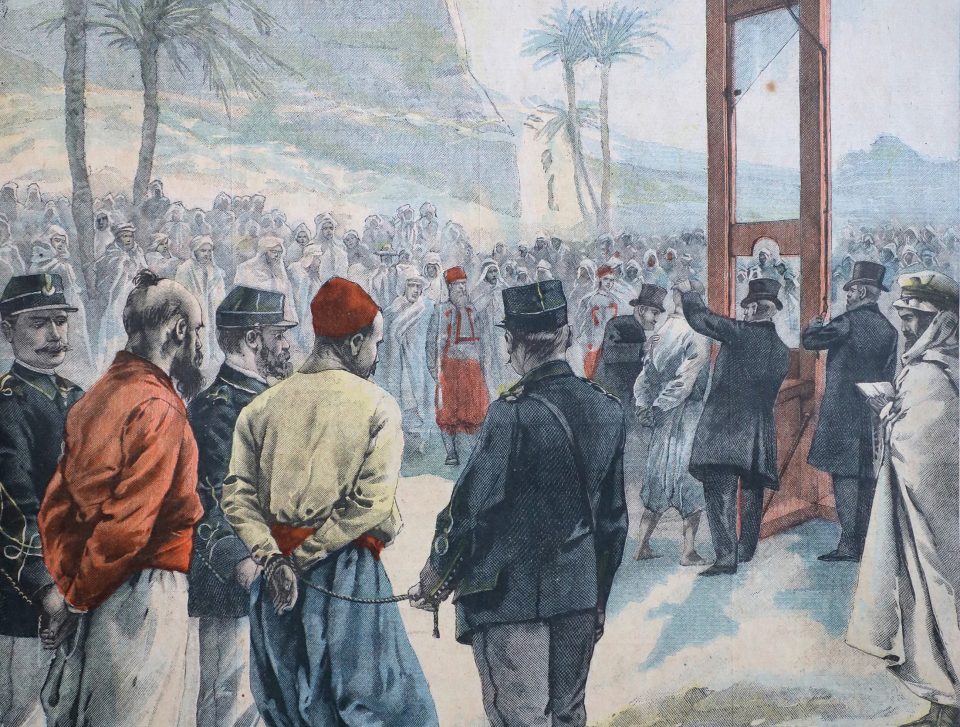 In his famous essay Discourse on Colonialism, the poet Aimé Césaire argued that what in Europe is called ‘fascism’ is just colonial violence finding its way back home. But his warnings went unheeded. More widely read was The Authoritarian Personality by Theodor Adorno et al. Published in 1950, the same year as Discourse on Colonialism, it developed the F scale (F for fascist) in order to gauge the psychological predisposition for fascism among the democratic citizenry, leaving the post-war consensus to settle on the notion that fascism was a personality trait, resulting from the devolution of the individuated liberal subject. Still dominant today, this tendency to psychologize fascism fails to incorporate the colonial dimension, obscuring the continuities between fascism and the biopolitics of empire, and ultimately depoliticizes both.

Seventy-five years later, while the West indulges in fantasies of reverse colonization involving the subjugation of white people, the process of recolonization has been renewed with increased ferocity. Recent events in Bolivia, driven by the hunger for lithium, commonly used for mobile devices or electric vehicles, make apparent the structuring force of race in geopolitics, as well as the role of the digital economy in the production and reproduction of a new settler frontier.

The White West III: Automating Apartheid contends that without the will to confront the role of race in the production and reproduction of global wealth differentials, the question of the good life can only be raised in distorted form, under the guise of welfare chauvinism or the tech industry’s cargo cult, promising that a cornucopia of goods will be supplied magically – weak utopias whose structural inconsistencies open up an ambiguous space in which a critique or disruption of capitalism can be inflected in the direction of fascism.

The White West III: Automating Apartheid is the third in a series of conferences initiated by Kader Attia, Ana Teixeira Pinto and Giovanna Zapperi at  in Paris that is devoted to theorizing the different facets of what Nikhil Pal Singh termed ‘the afterlife of fascism’ (the carceral state, ethnonationalisms, and imperial warfare) and the poorly understood relation of settler colonialism to fascism and National Socialism.

Thu 13/2, 3–9 pm
The Structuring Force of Race in Geopolitics

3 pm: Welcome and Introduction by WHW followed by an introduction to the White West by Kader Attia and Ana Teixeira Pinto

3:30 pm: The Measure of (Re)barbarization
Florian Cramer – The Meme of the “Political Compass”
Radhika Desai – Imperialism, Fascism and the Geopolical Economy of the 21st Century Capitalism
Rose-Anne Gush –The Fantasy of Misogyny as World Structure
Dorcy Rugamba – All Crimes against Humanity are Interrelated

5 pm: Moderated discussion plus Q&A with the audience

6 pm: Necropolitics and Racialized Science
Kader Attia – Restoring the Irreparable
Ciraj Rassool – Human Remains Restitution and the Politics of Undoing Race in the Museum
Marina Gržinić – How to blow the world of racial global necrocapitalism and provoke rebellion, power, thoughts

8:15 pm: Moderated discussion plus Q&A with the audience

3:30 pm: Whither the Frontier?
Felix Stalder – Digital Colonialism
Nitzan Lebovic – Biometrics and “Universal Suspicion”
Kalpana Seshadri – Is the Post in Posthumanism the Post in Post-Racialism?
Ana Teixeira Pinto – Capitalism with a Transhuman Face

5:20 pm: Moderated discussion plus Q&A with the audience

8:15 pm: Moderated discussion plus Q&A with the audience

The conference is part of a collaborative series of events organized by the new teams running Burgtheater and Kunsthalle Wien, including Kasino project EUROPAMASCHINE (February–March 2020), leading up to exhibition … of bread, wine, cars, security and peace at Kunsthalle Wien, which will open on March 8, 2020.