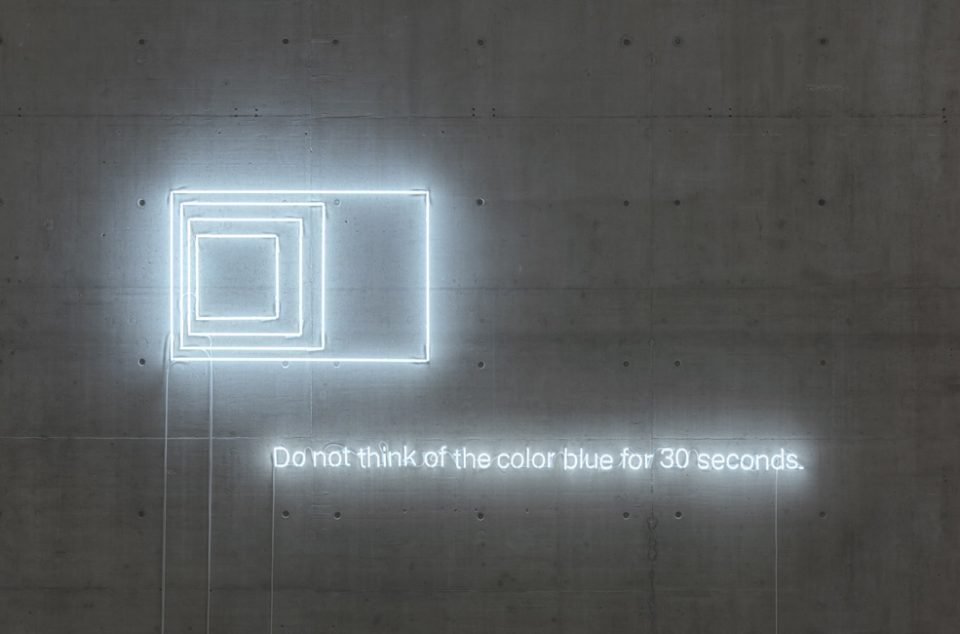 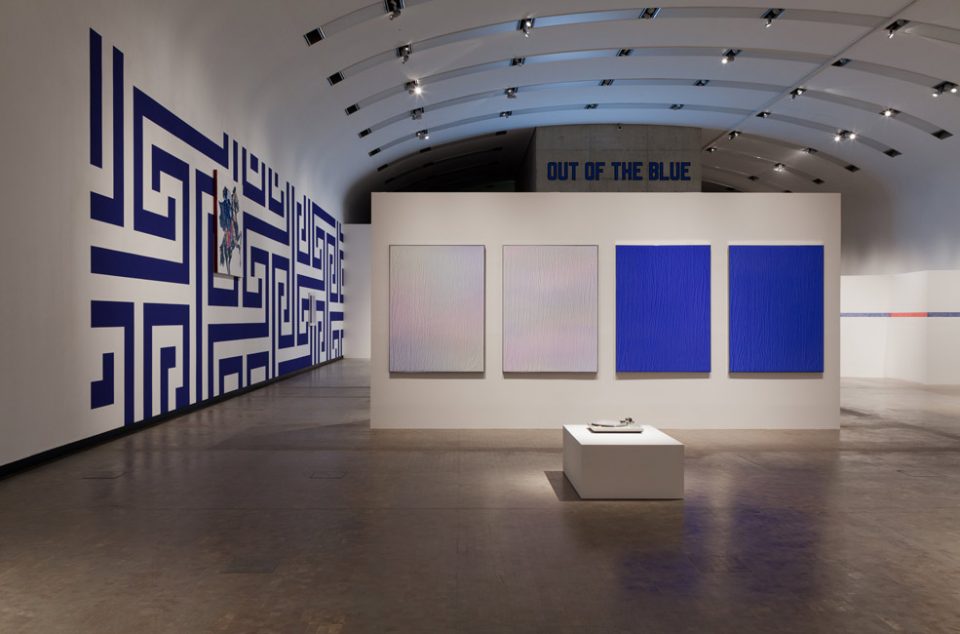 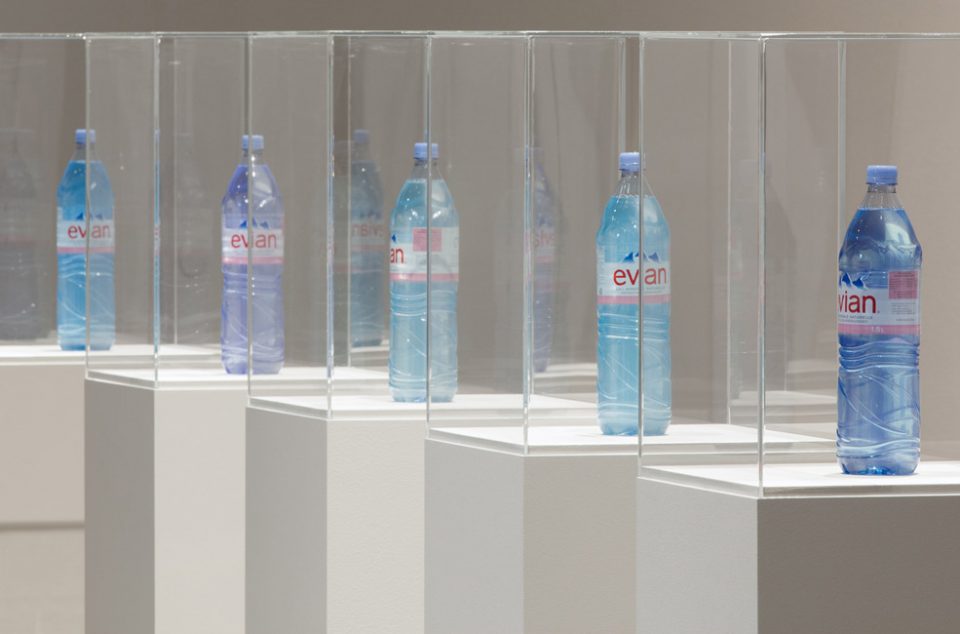 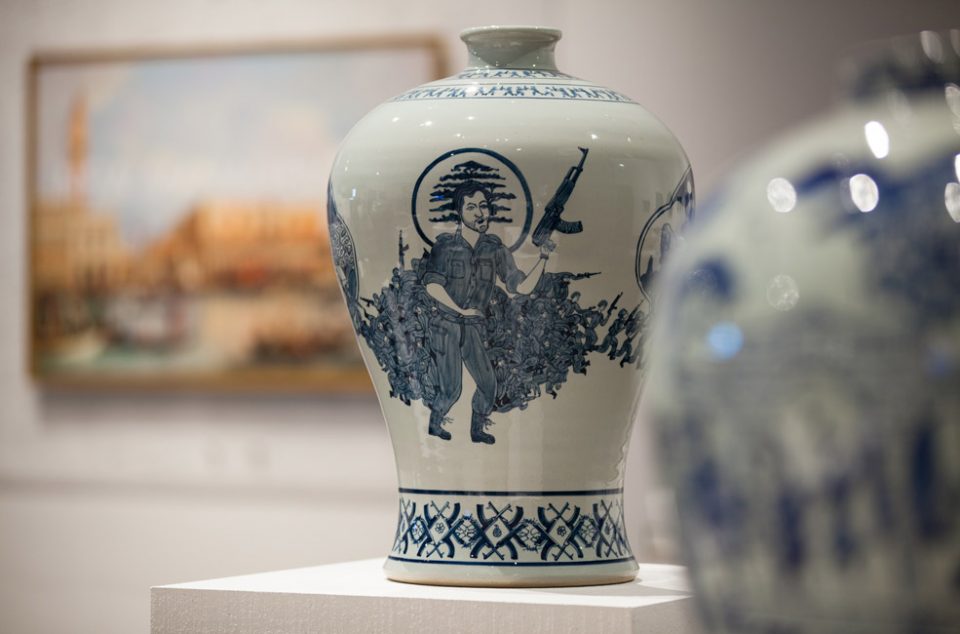 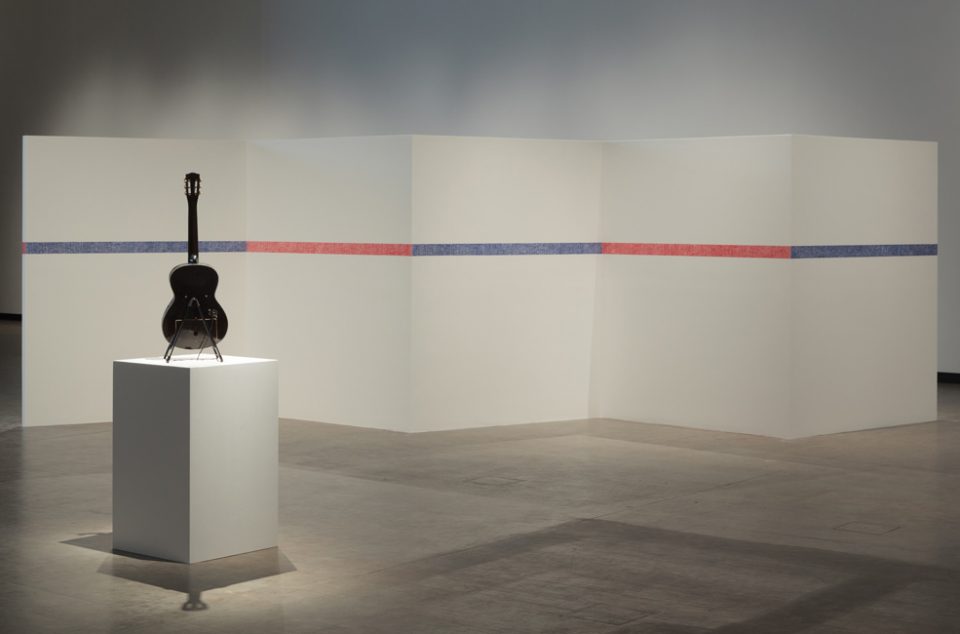 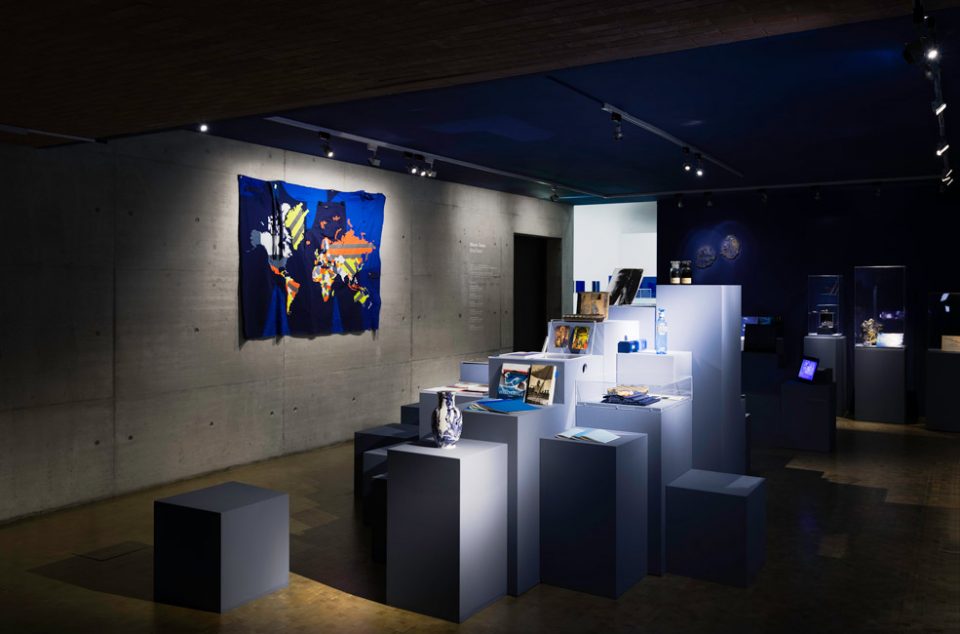 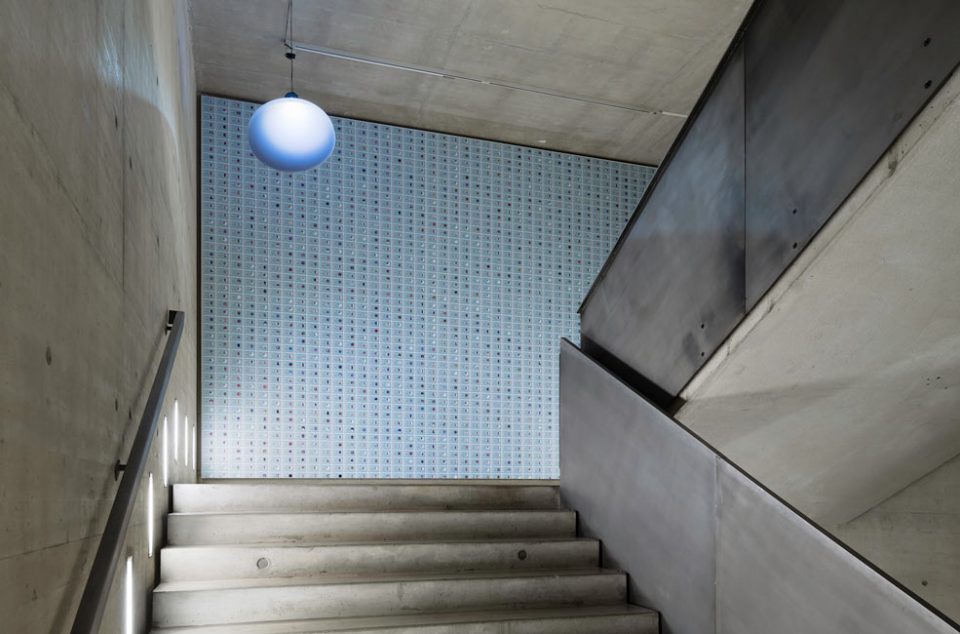 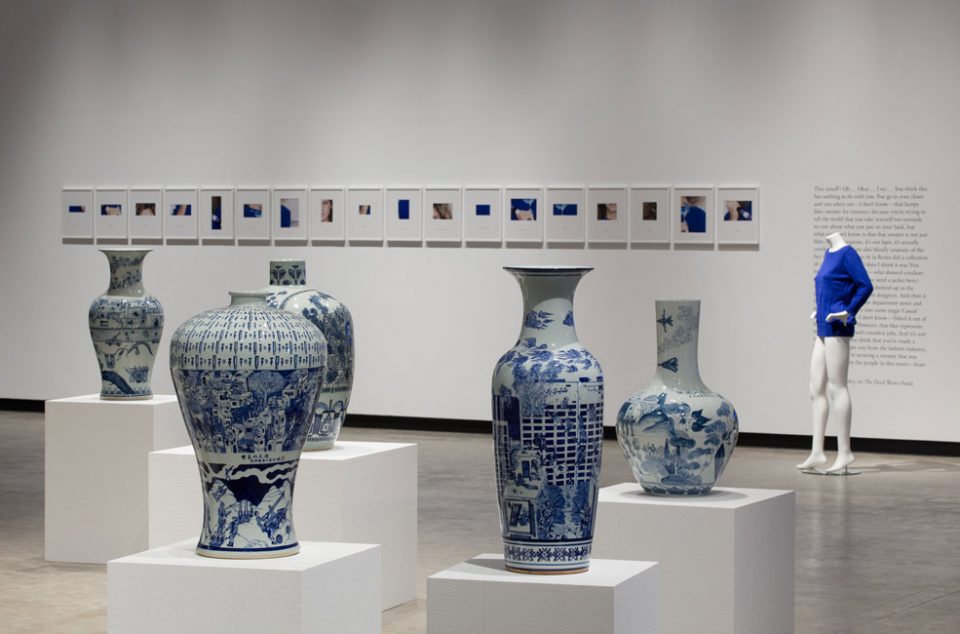 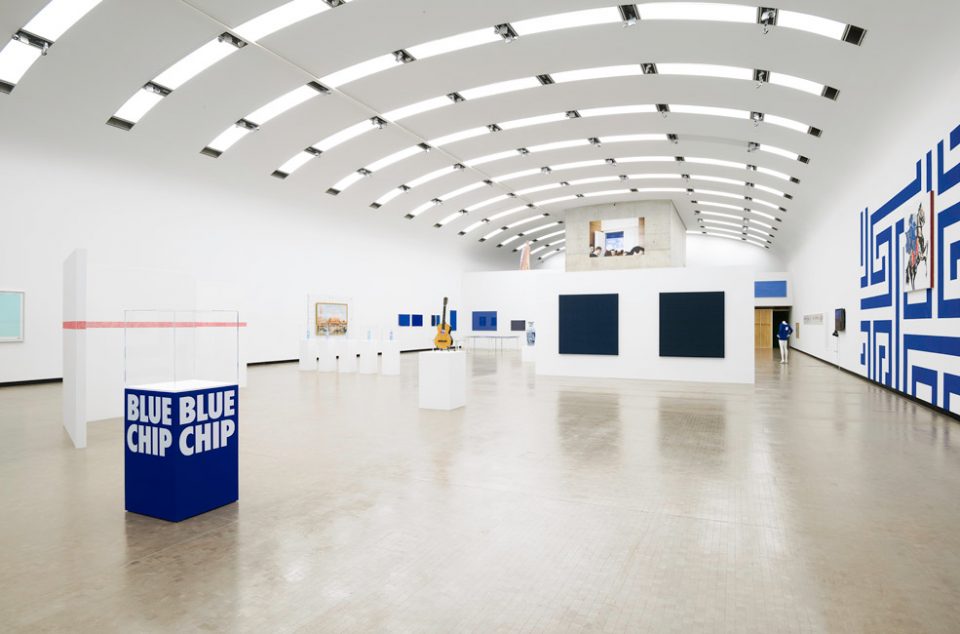 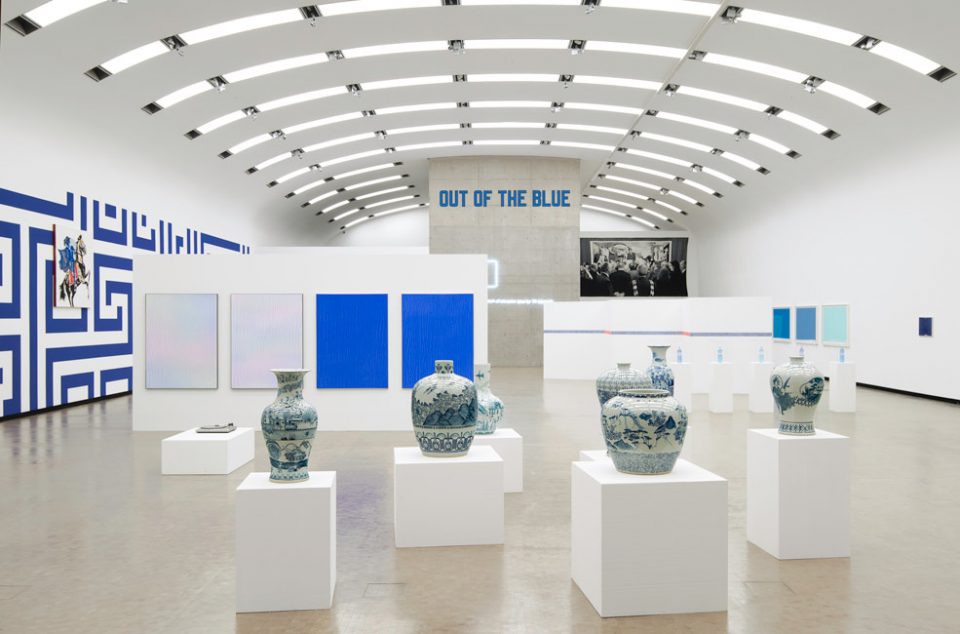 Facebook is blue; Earth is blue when viewed from outer space. Blue is the colour of romanticism and of melancholy. Over 80 percent of the western population chooses blue as their favourite colour. Conservative parties prefer blue; Margret Thatcher’s blue outfits are legendary. It is precisely because blue is so omnipresent in our society that it has experienced such diverse cultural ascriptions and is so open to being ideologically charged. To reclaim a colour like this also means to pick up on its complex and multilayered connotations as well as potentially to reinterpret them.

The group exhibition Blue Times shows over thirty international artistic positions in an open space, juxtaposing them to design an associative social history of the colour that focuses on its psychological, metaphorical and associative power, but also its instrumentalisation for ideological, political and economic purposes.

From the conceptual wordplay of Lawrence Weiner’s OUT OF THE BLUE to Derek Jarman’s ode to the colour blue. From Walid Raad’s monochrome pictures over Remco Torenbosch’s study of the flag of the European Union to Raed Yassin’s Chinese vases filled with the inscriptions of other cultures and Jonathan Monk’s world map made out of blue work clothes. The juxtaposition of these artworks and selected goods encourages a discussion of the perception and use of this popular and multifaceted hue over time.

The Blue Salon is part of Blue Times and expands the exhibition into the broader field of cultural history. Based on the principles of a chamber of marvels and a study room, a selection of objects from the natural sciences, handicrafts and pop culture are presented in this space. The colour blue functions as a kind of thread, tracing its way through the evolving stories. It is the visitors themselves who then ultimately weave these elements together by reading the books, listening to the music, watching the films and conversing with each other. On select days, the Blue Salon will be activated: under the title Blau machen the salon will host workshops, roundtable talks and music and film nights.