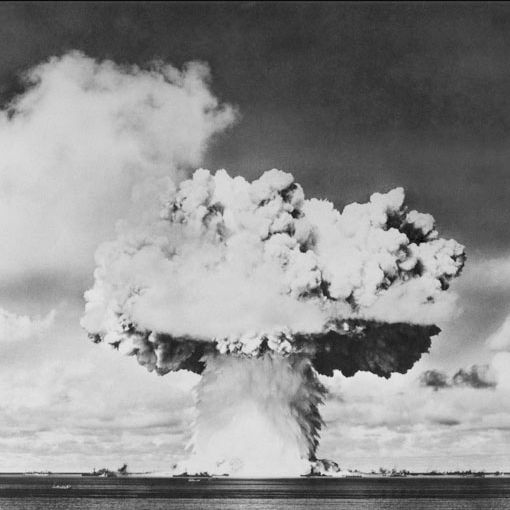 Bruce Conner?s experimental fi lms are regarded as forerunners of the MTV video clip today. Yet the avant-gardist has not only shown new ways of fi lmmaking, but repeatedly reinvented himself as an artist in his works in various media. His fi lms aestheticize reality in a uniquely lyrical manner.
Resembling Rorschach tests and depicting mandalas or stars, his drawings and paintings symbolize the metaphysical and transcendental. ANGELS was the name he chose for the photograms with his own body?s projection. Whether he staged a political candidature, used his friend Dennis Hopper?s name as his pseudonym, or had himself declared dead in Who Was Who of 1973, Bruce Conner, who fi rst became known for his assemblage works, eschewed artistic, personal, or marketable categorizations throughout his life. His many-faceted oeuvre combines a passion for music from Soul to Punk with an abstract formal beauty based on contrasts of light and dark
and a critical view of art and society. Close to the Beat Generation and its freethinking redefi nition of the American way of life, he has remained an insider?s tip despite his pioneering feats.
Bruce Conner, born in McPherson, Kansas, in 1933, died in San Francisco in 2008.

The exhibition in the Kunsthalle Wien with its special focus on the 1970s is the first major solo presentation of his work in Europe and is presented in collaboration with the URSULA BLICKLE FOUNDATION, Kraichtal, where the show I AM BRUCE CONNER. I AM NOT BRUCE CONNER curated by Gerald Matt is on show from September 12 to October 17, 2010.