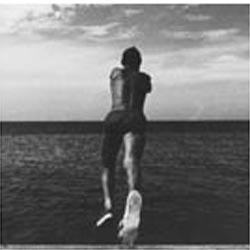 The exiled writer Guillermo Cabrera Infante once called Cuba “an island of ambiguities”. Cuba is a symbiosis of African, European, and Asian culture; Cuba is a country between a socialist utopia and economic isolation, an island that relates to the “American dream” with ambivalent feelings of love and hate.

“Los Mapas del deseo” by Carlos Garaicoa, the work that the exhibition owes its title to, takes up many of the recurring motifs in contemporary Cuban art and simultaneously focalizes them: It is about the constitution of remembrance, about creating an imaginary past. And it is about escaping, a key notion of Cuban self-experience. Escaping does not only mean fleeing from the isolation of an insular position and the economic misery, but also means the burning desire for an aim unclear in time and location.

The exhibition is not a comprehensive display of a country, but rather shows how generally applicable themes of current relevance in the specific situation to be clarified within the context of Cuba, are taken up by artists who work in depth with this situation. About half of the artists exhibited have left their country, however, without breaking their ties with Cuban culture and history altogether.

The exhibition will be documented in an illustrated catalogue with contributions by Eugenio Valdés Figueroa, Gerald Matt, Gerardo Mosquera, Achy Obejas, Edward J. Sullivan, Tonel, amongst others and interviews with the artists participating. (322 pages with numerous colour and b/w illustrations, Vienna 1999, ISBN 3-85247-018-8, Ats 390,-).