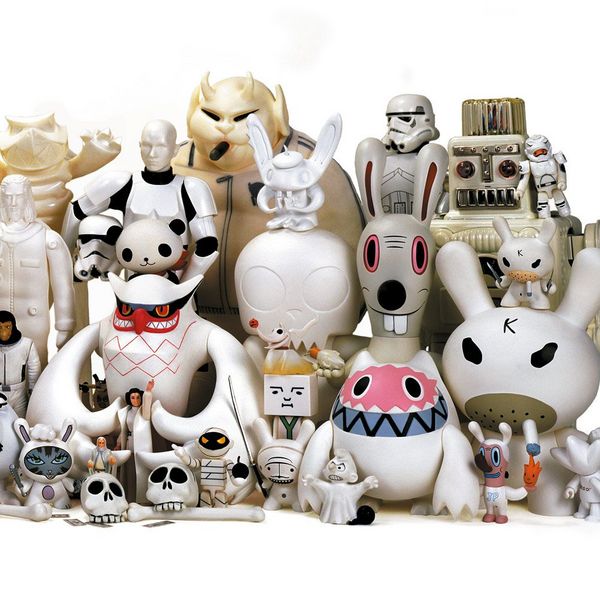 The portrait photographs and setups by the artist duo Daniel & Geo Fuchs are situated somewhere between fiction and reality. For the show on display at the project wall, as part of the Space. About a dream exhibition, Daniel & Geo Fuchs took inspiration from the science fiction genre and came up with a selection of pieces influenced by pop-culture?s interpretation of space. Next to portraits of Mr Spock and Lieutenant Uhura from the science fiction TV classic Star Trek. The Starship Enterprise, comprising 726 episodes (1966-2005) and eleven films (1979-2009), one can see pictures of Dr Zira from the film series Planet of the Apes (1968-1973) and of the eponymous character from the 1979 cult film Alien, whose designer, Swiss H.R. Giger, was awarded an Oscar for his design of the extraterrestrial characters. With their large-scale portraits and group arrangements the artist duo creates an amalgamation of fictitious elements and aspects of pop-culture reality, enabling the creation of both a space in which fantasies can be projected as well as a vanishing point, which together prevent the drawing of a clear line between the two worlds. With a sense of tongue-in-cheek the piece also reminds us of a quotation from Captain Kirk: ?Beam me up, Scotty. There?s no intelligent life down here!?

All pictures were created in the Sammlung Varol, Düsseldorf