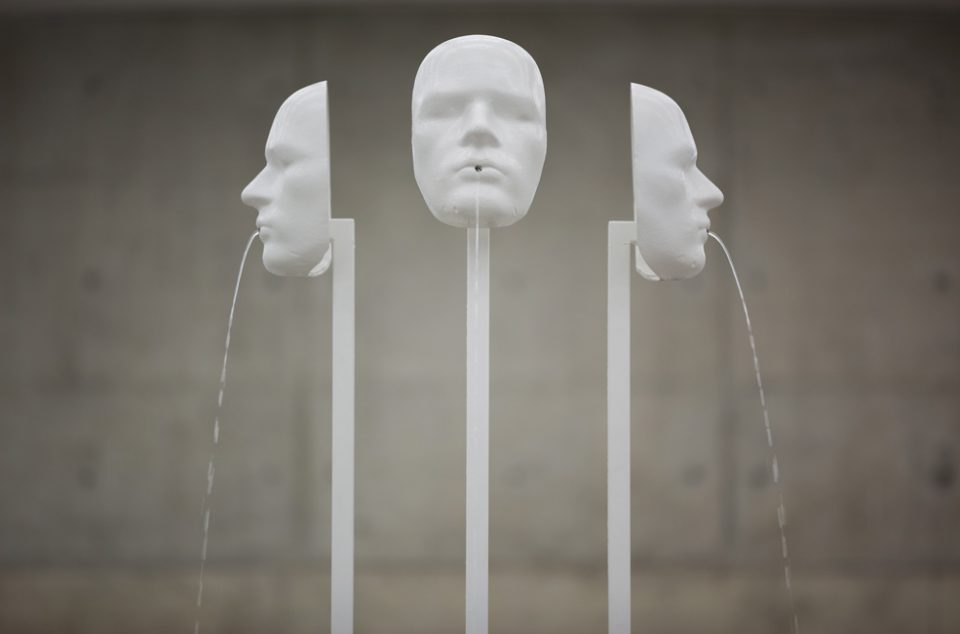 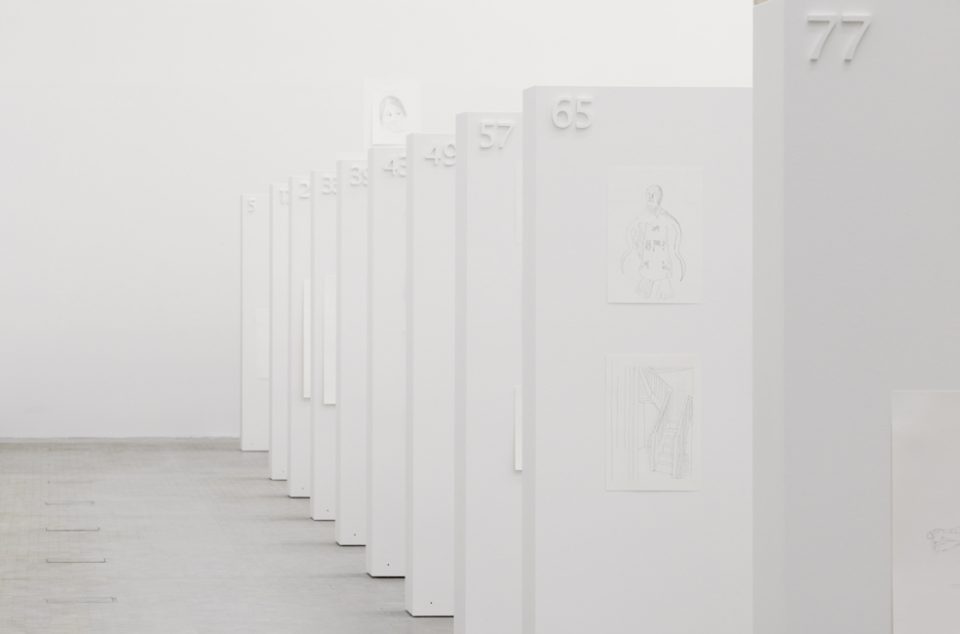 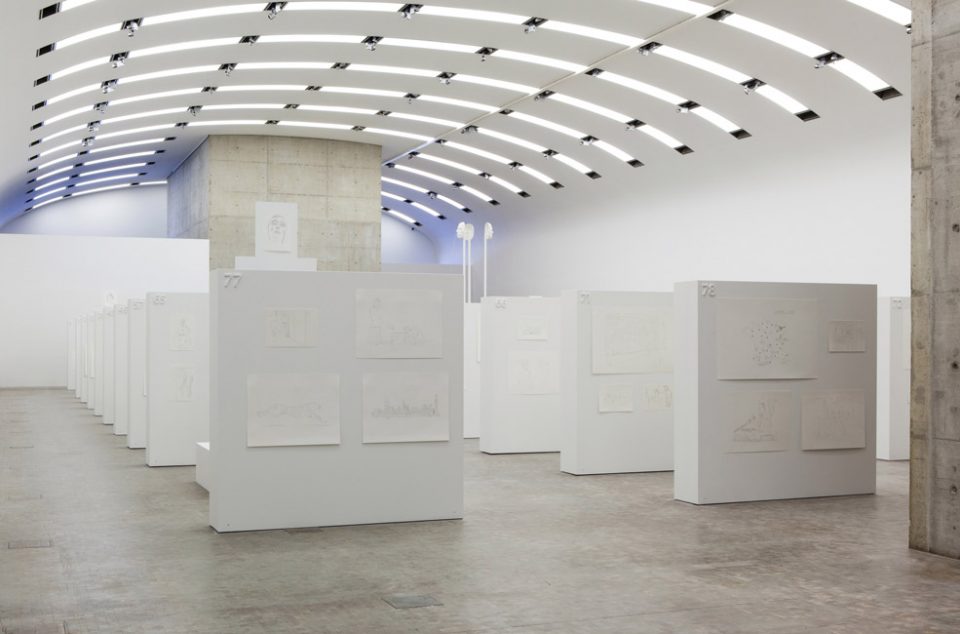 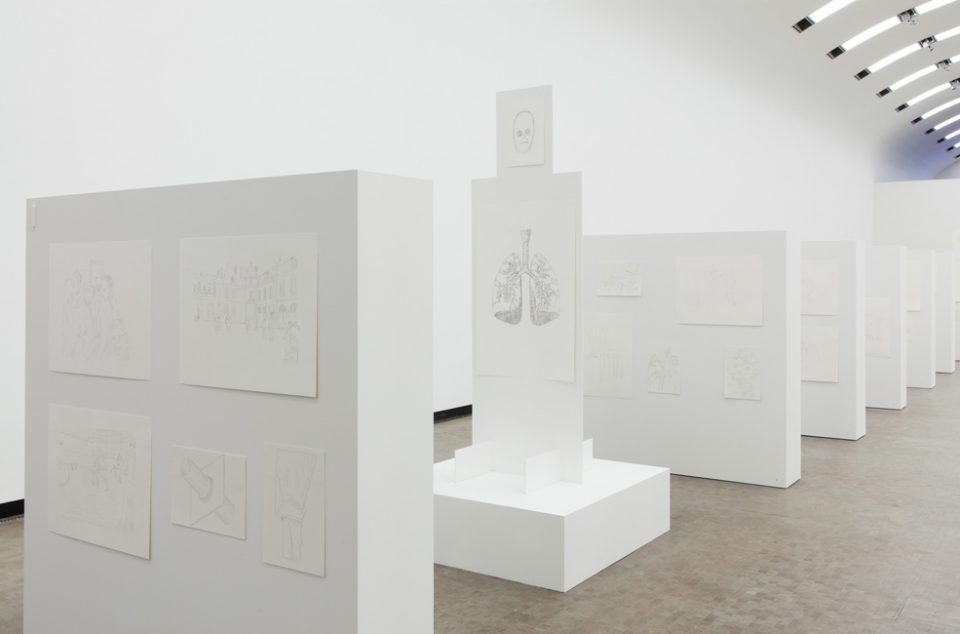 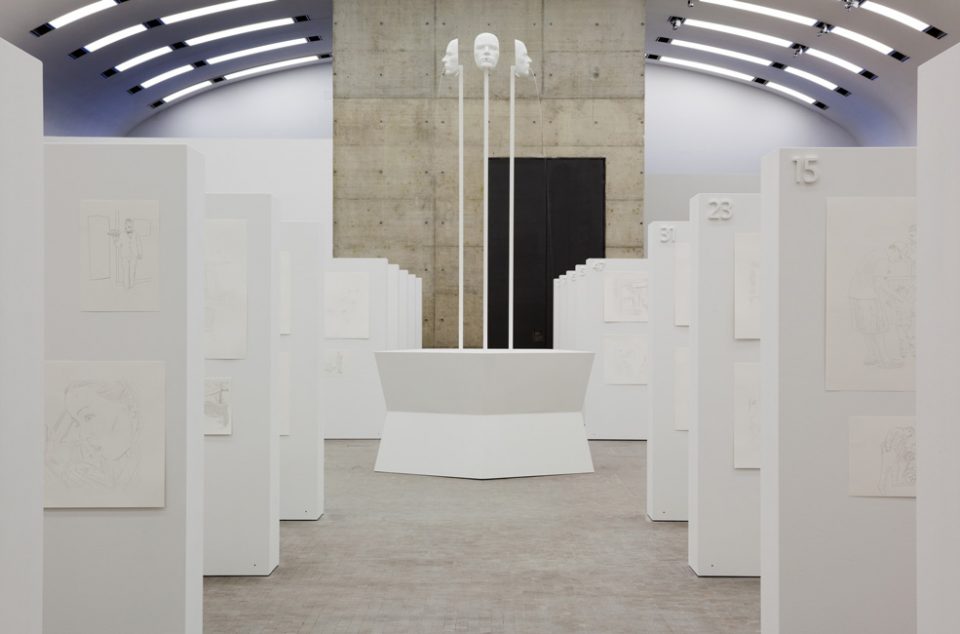 The works by Jos de Gruyter and Harald Thys are dedicated to the absurdity of everyday life and, in their first solo show in Austria, they challenge the public to find orientation in between truth and fiction: around 400 drawings which, according to the artists show everything we can imagine, are mounted on a formation of numerous room-divider “barricades”. Whereas the order of the pictures follows no specific principle, effectively declaring all things in the world to be equal, the system on which they are mounted is strictly organised. At the centre is a sculptural fountain with three faces cast from styrofoam heads found in a German shop window which have a complete overview of a colourless and soundless scenario.

With their black humour, critical reflections and almost banal style of making the multimedia works, the two Belgian artists also always direct the viewer’s attention to art’s subversive potential. This “Miracle of Life” proves to be highly ambivalent especially when it casts a glance into a historical past which is all too often suppressed.

The exhibition will be accompanied by an audioguide developed by the artists.

An artists’ book to accompany the exhibition was published by Sternberg Press.