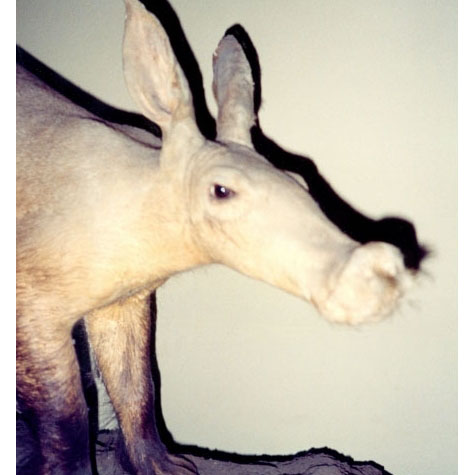 “Anaconda”, “Larry”, “Pony”, “Luder”, and “Afghan” are the names of the pole-like tools which have come together in a family-like experimental arrangement with “Dong”, a previously created object that can be associated with many things, although none of them unambiguously: a club, missile, weapon, phallus, or rod.
All six now jut from the wall into the room ? in rank and file.

The works, created specifically for the Kunsthalle Wien project space, present Erik Steinbrecher?s recent surge of sculptures, which takes his archive of images as starting point. The sculptures, like the archive of images, are concerned with a juxtaposition of similar, apparently related typologies.

However, through differences in origin and alientating manipulation, the images produce an absurdly comical to frivolously perfidious effect.