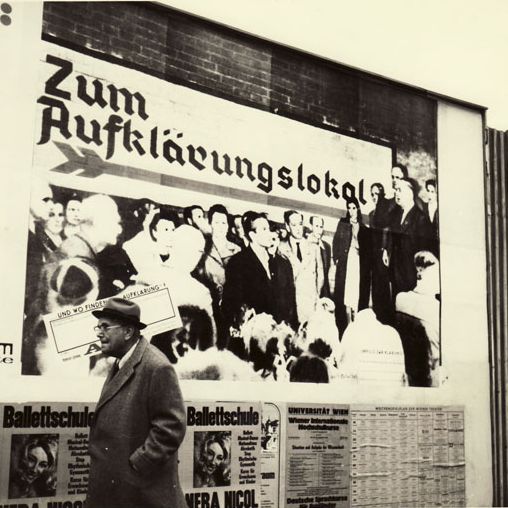 Erwin Puls, painter, graphic artist, and reproduction photographer, was a student of Josef Beuys. From the early 1970s on, Puls almost exclusively worked as a media artist, drawing on reproduced material such as found photos and films and dedicating himself to the subjects sexuality, pornography, and politics. That he preferred to create his works for public space led to conflicts again and again: Puls was accused of creating a public disturbance several times.
The exhibition in the project space is aimed at a retrospective overall tribute. Its range spans from Puls?s early oils paintings and his film ?Ohne Pause,? which he composed from erotic found footage material, to documents of his interventions in public space and his large installations ?Herrenzimmer? and ?Hygieneanstalt.?

The exhibition is accompanied by a catalog with an essay by Dieter Schrage and an interview with Tatjana Puls and Michael Pilz conducted by Thomas Mießgang.