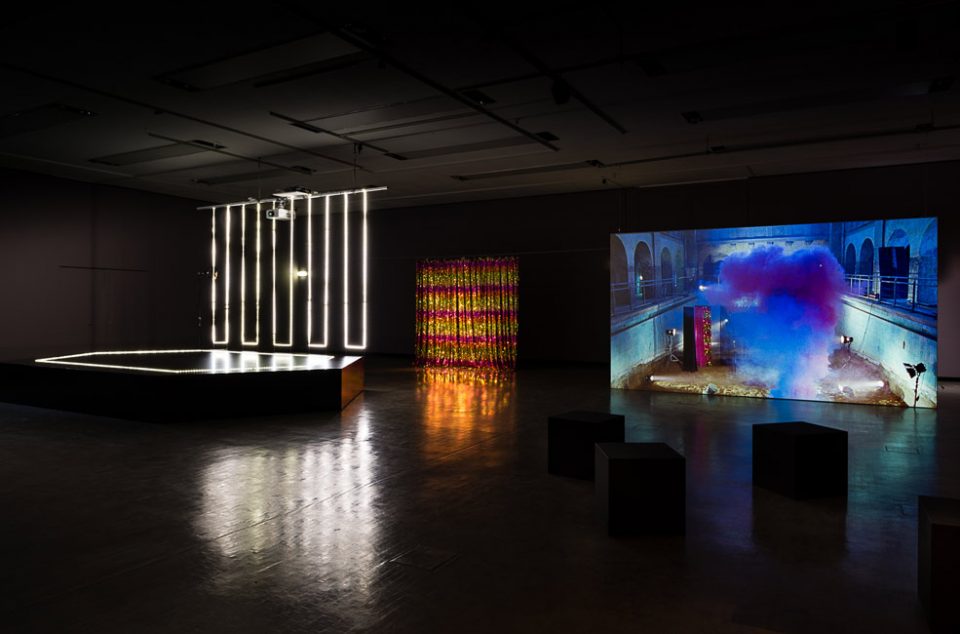 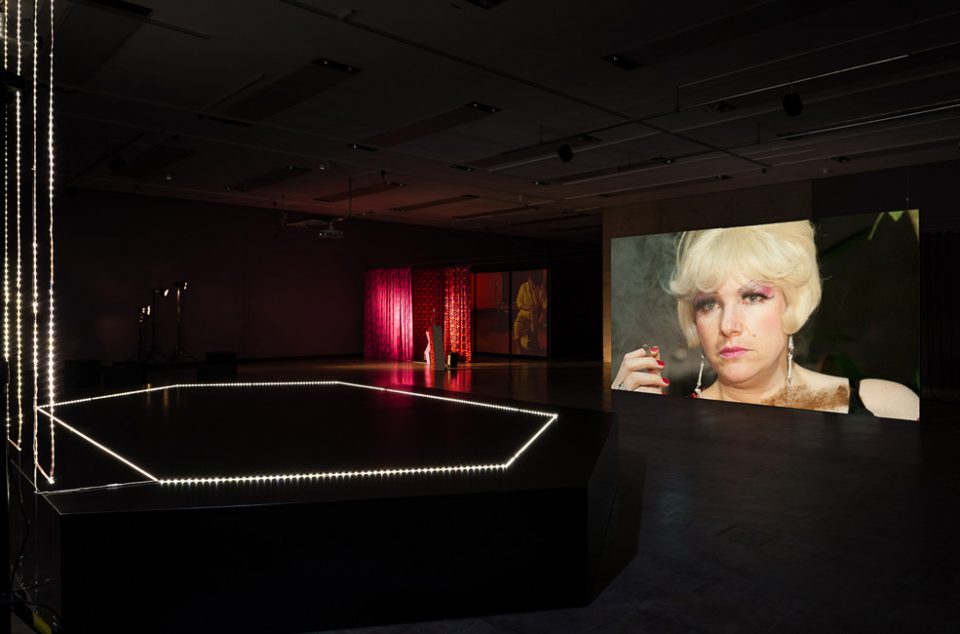 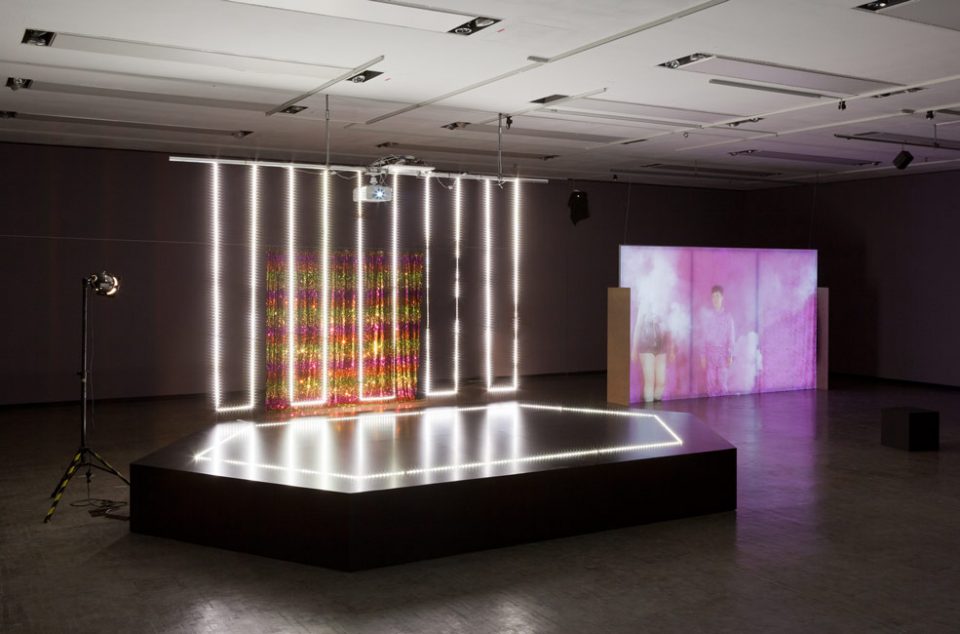 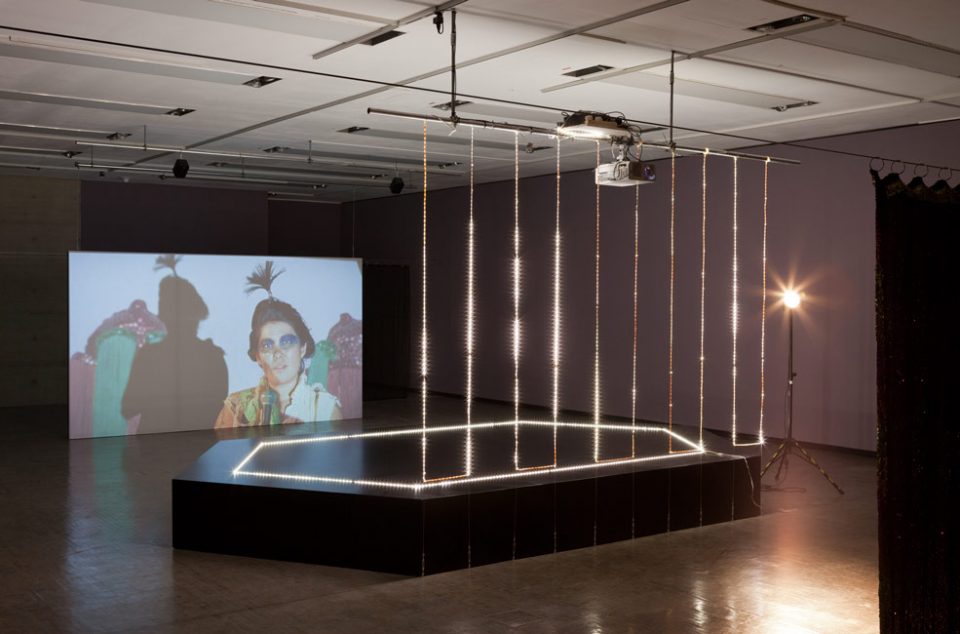 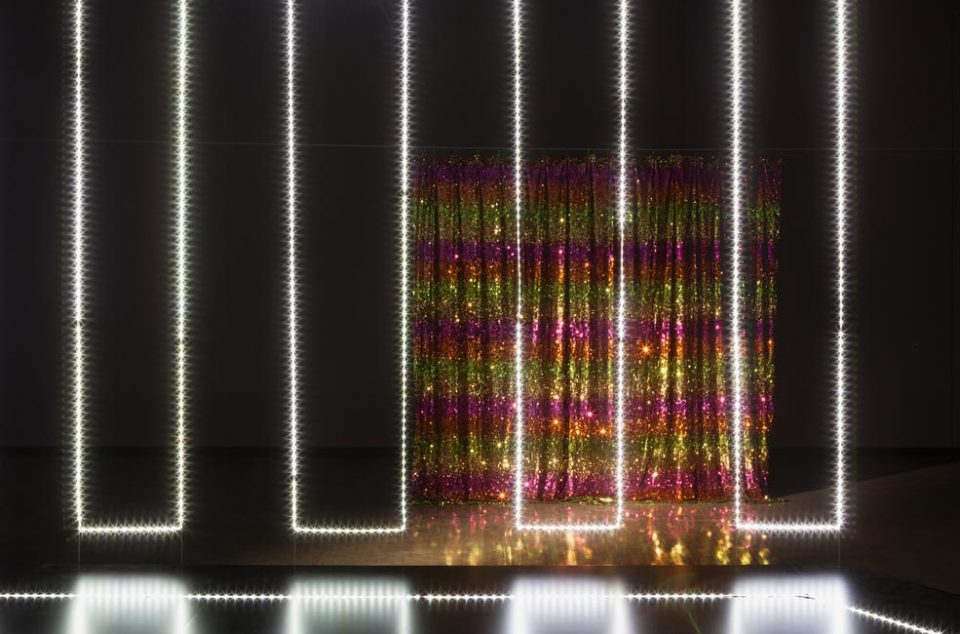 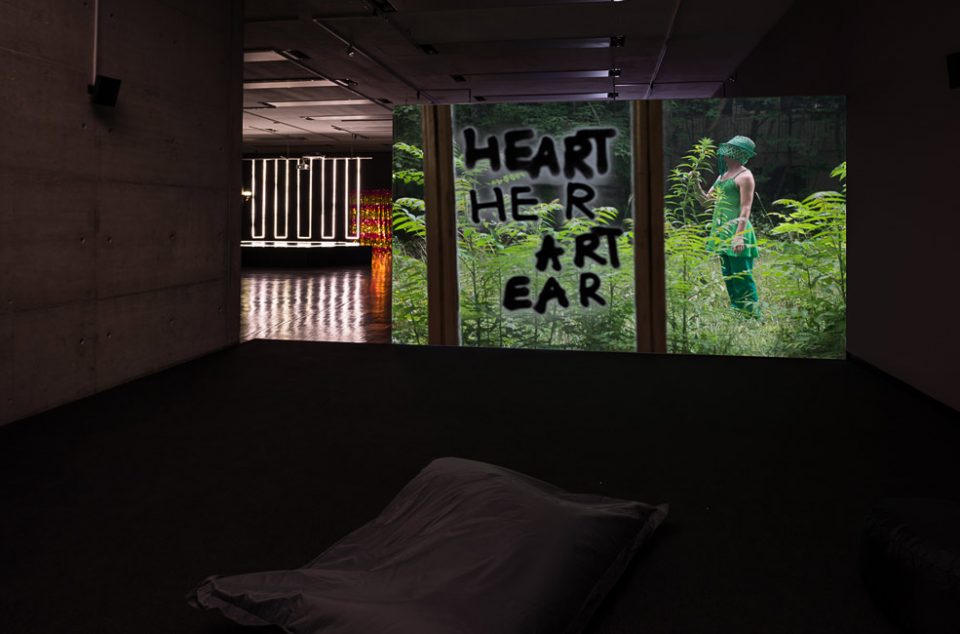 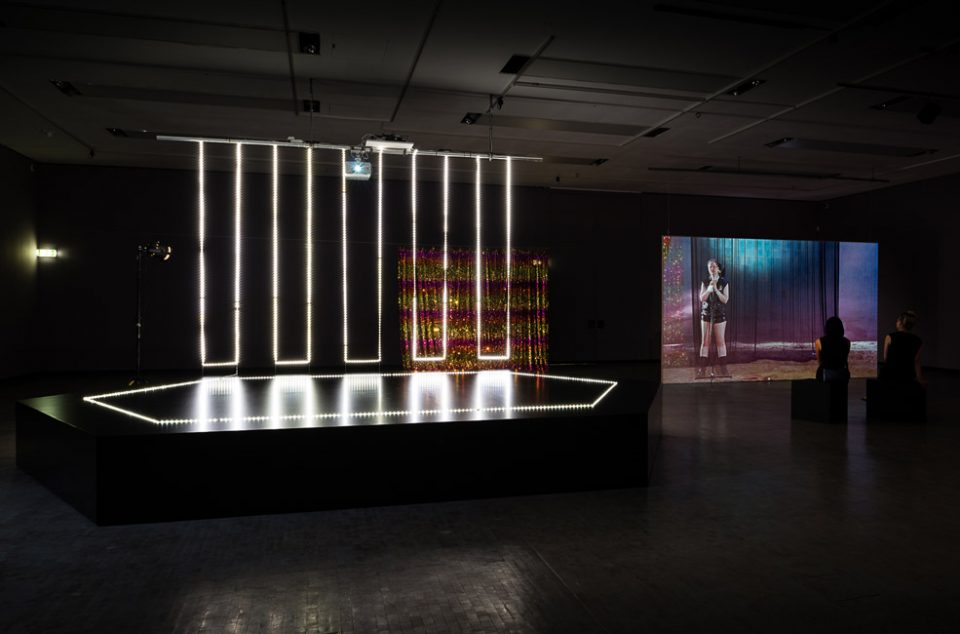 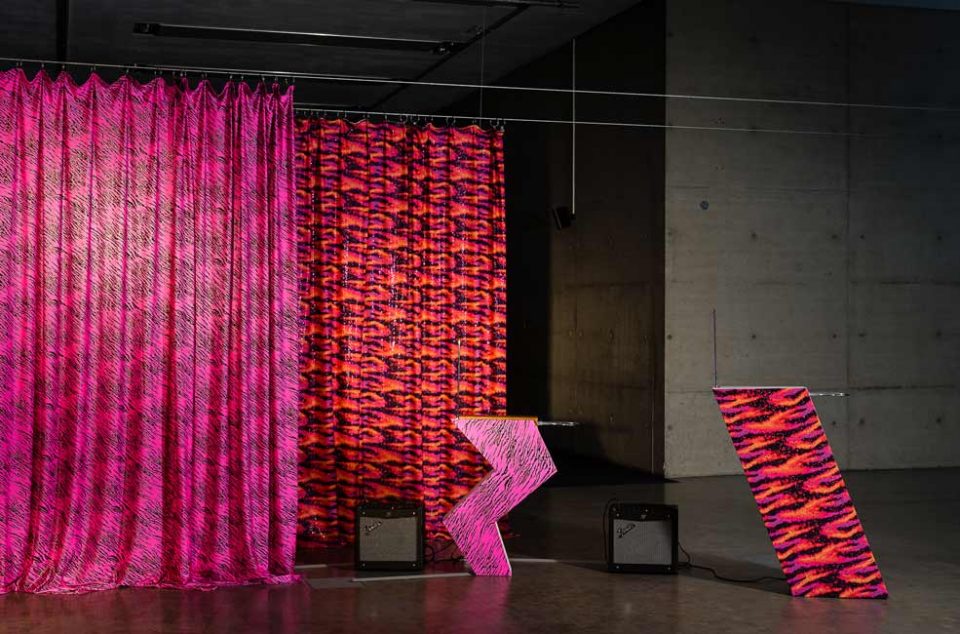 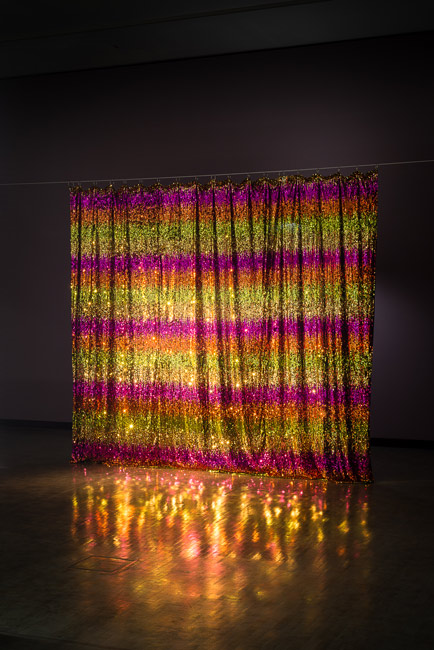 Pauline Boudry and Renate Lorenz present three video-based works and a series of new sculptures, which make up an atmospheric time-reflective installation as part of Future Light, the visual arts part of the VIENNA BIENNALE 2015. The videos are highly staged scenarios where the past is recreated for a future use and new desires take shape. Amidst glitter, curtains, camouflage patterns, impressive wigs and a certain amount of musical interaction, a form of playful opacity makes itself felt among characters who are deliberately difficult to categorize.
Pauline Boudry and Renate Lorenz produce performances for the camera, making use of a dense net of references on experimental film, the history of photography and underground (drag-) performance.