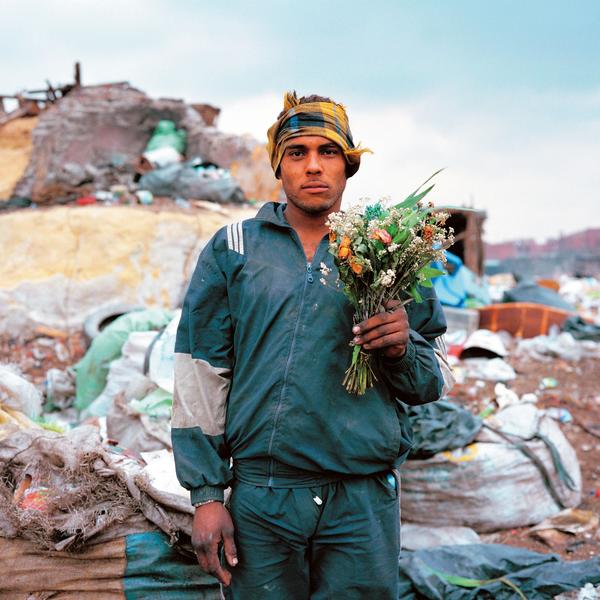 Hermann P. Huber, who has lived in Cairo for a long time, made portraits during his stay of the community of the Zabaleen, the local rubbish collectors (Arabic: Zabal).
The result is a series of photographs documenting, on the one hand, the existential problems of a manner of life and, on the other hand, impressing the viewer with the beauty of the unusual and of a place not usually represented: the heaps of waste materials that become an abstract ornament and the protagonists posing boldly in front of them provide evidence of a life lived in immediacy, existing especially in the moment.
The Zabaleen are a group of about 26,000 people, who carry out their work of rubbish collection while living in the main endogamously as Coptic Christians in the predominantly Islamic world of Egypt: since the 1950s, collecting, sorting, exchanging, retrieving, trading and recycling has been the daily business of a socially marginalised group, which is fighting for recognition and whose living is constantly under threat from attempts to privatise waste management.
Over some decades, the Zabaleen have developed one of the most efficient and long-lasting raw material retrieval and waste recycling systems in the world, which ? until now barely noticed by the media ? has been documented and thematised as a social phenomenon in the photographs of Hermann P. Huber.
Hermann P. Huber was born in Vienna in 1966. At present he is living and working in Vienna and Cairo.