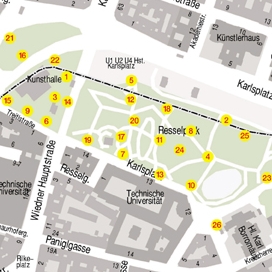 An amalgam of affection, melancholy and parody ? Yang Fudong mingles elements in the Chinese tradition with rootless western influences. In the films of the Chinese artist scenarios from ostensibly pulsating urban environments whose facades conceal the growing extension of solitude, emptiness and cultivated boredom are entwined with images of remote countryside and meditative silence. Yang Fudong?s films document the traces of China?s vertiginous political, economic and cultural development, oscillating between intimacy and isolation, ostensible security and the calm of chaos.
The characters in Yang Fudong?s films attempt a balancing act between an inner life that bears the stamp of Buddhism and Taoism, a cultural memory appropriated by communism and the frenetic pace of modern capitalism.