Kate Newby. I can’t nail the days down 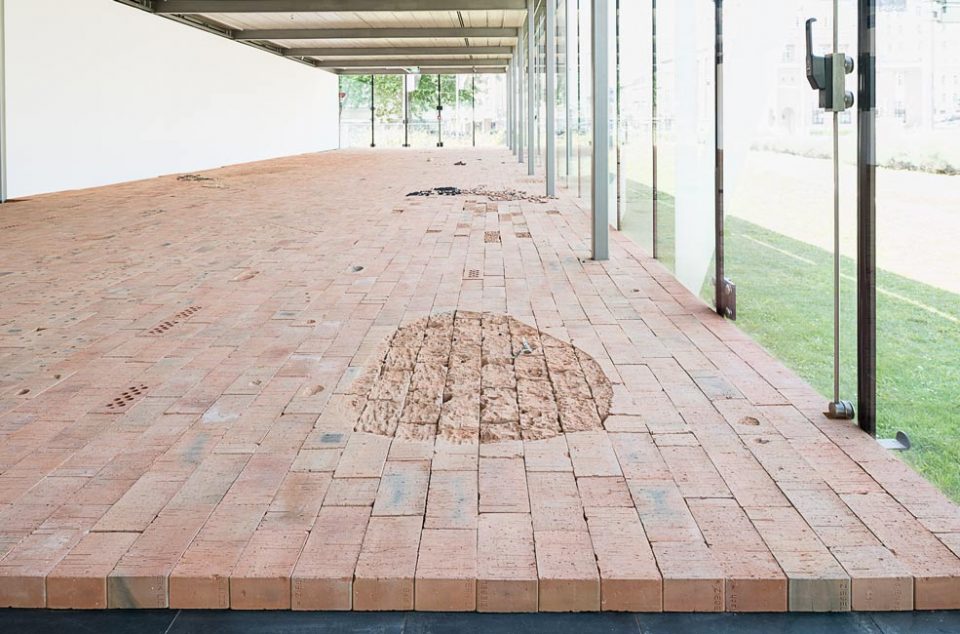 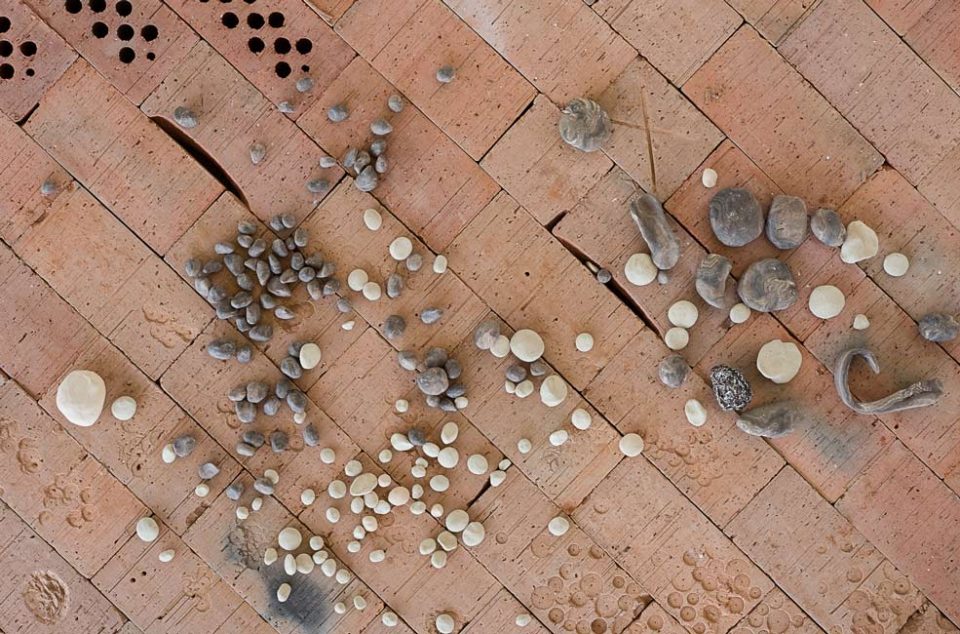 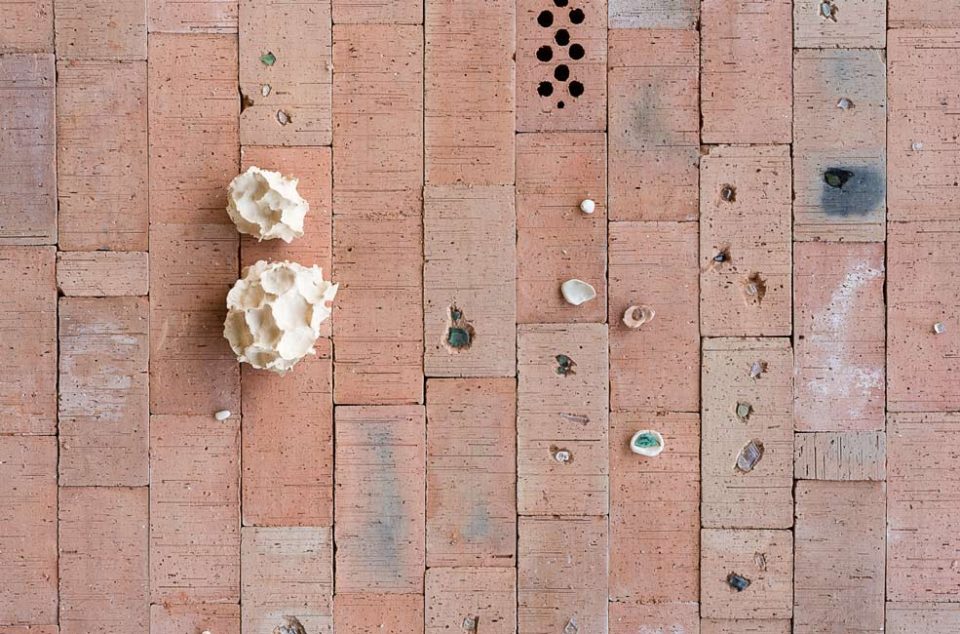 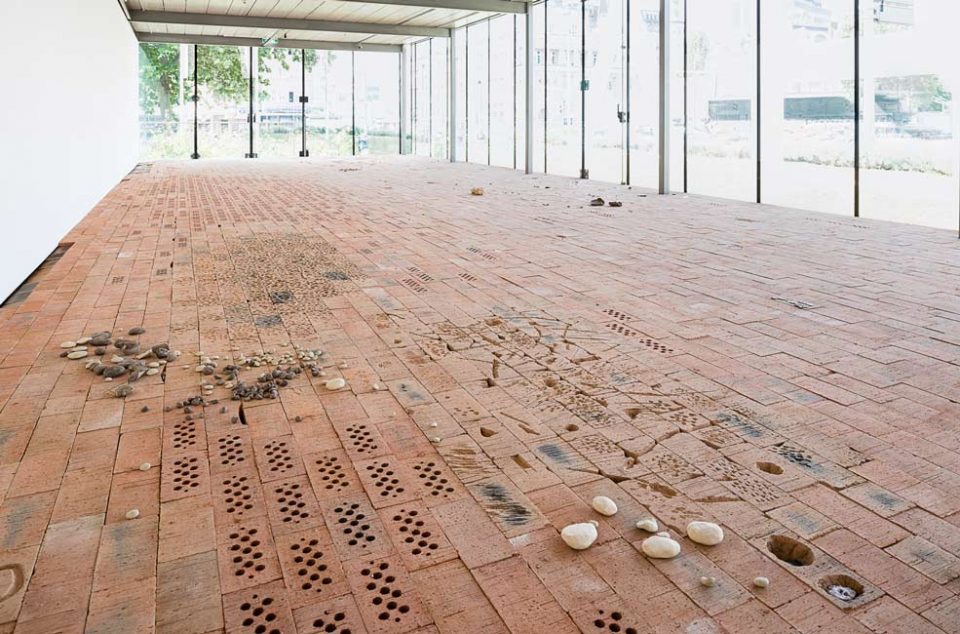 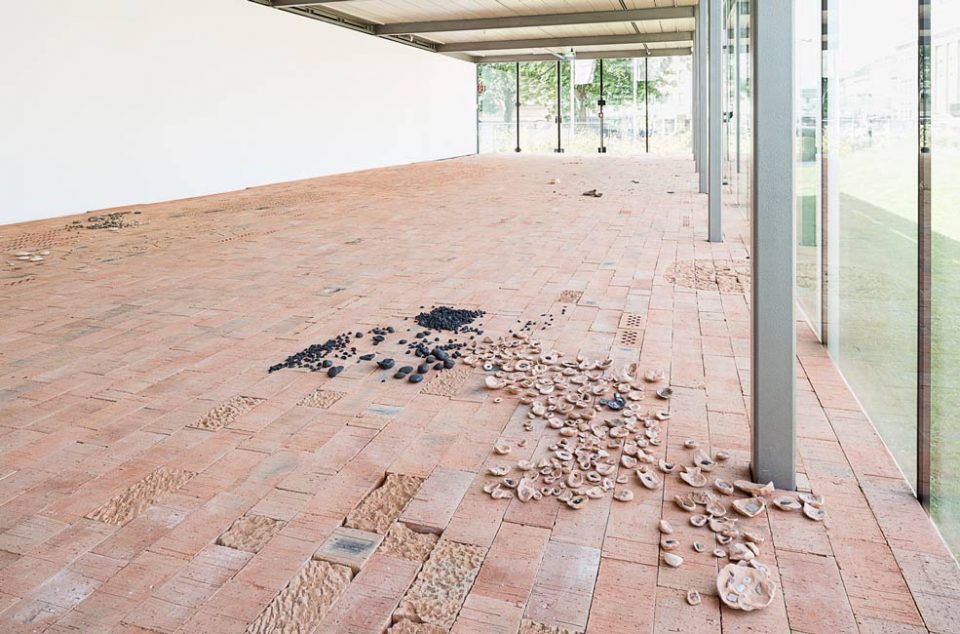 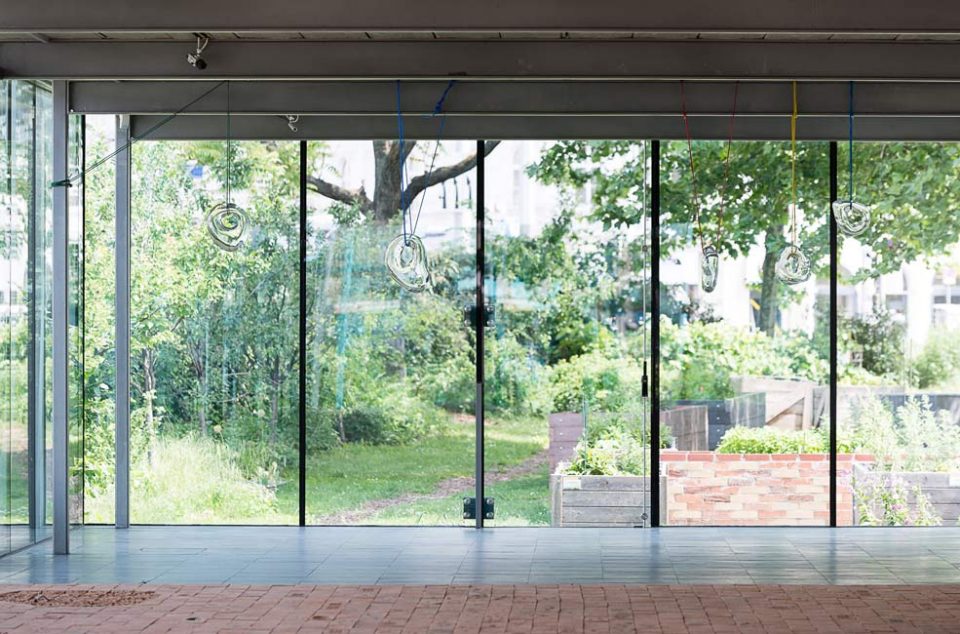 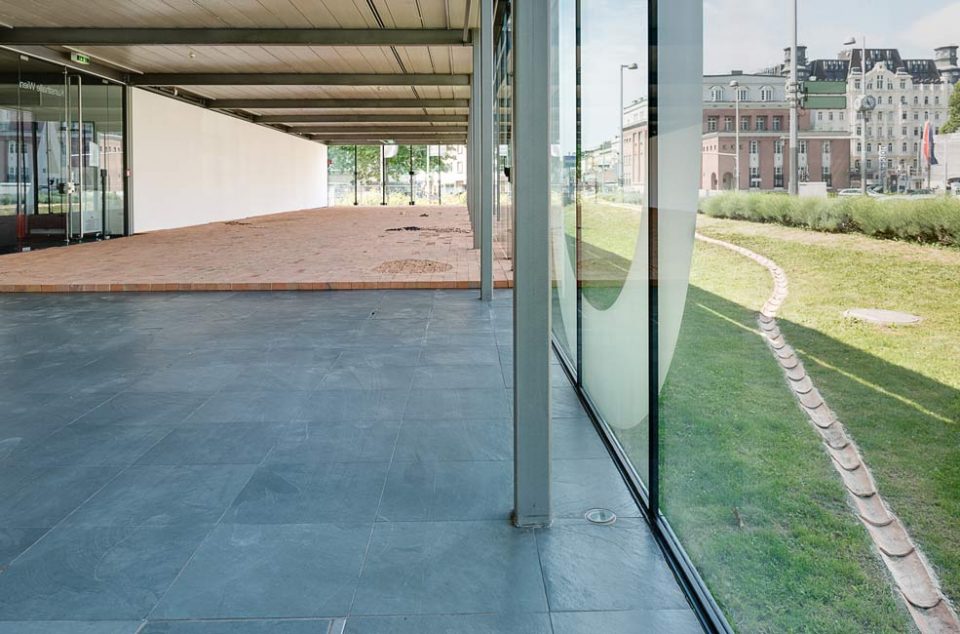 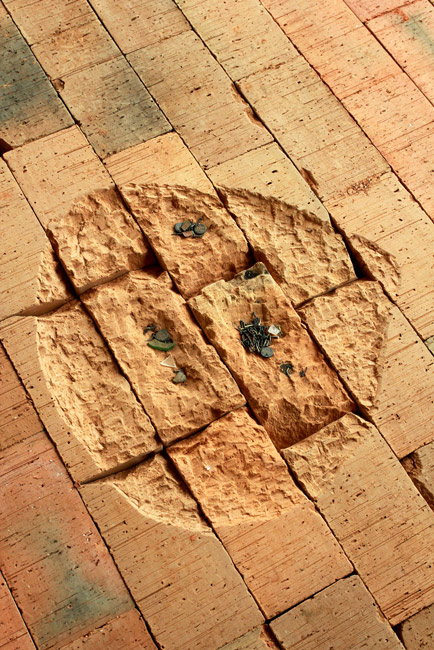 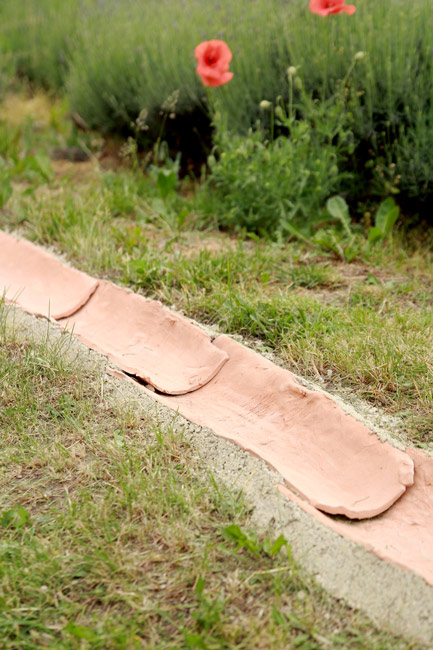 Kate Newby’s works are poetic confrontations with spatial conditions and the fleeting nature of interactions. Through small as well as radical interventions into existing environments, she directs our view to what is often overlooked in everyday life. The objects she creates are testimonials to individual experiences, with the specific context of creation remaining inseparably linked to the resulting work.

For the exhibition at Kunsthalle Wien Karlsplatz, Newby continues her ongoing engagement with ephemeral and often peripheral situations. Therefore she created a large-scale work installed on the floor in the Karlsplatz building, using bricks as artistic material. For this work, the artist modified unfired bricks and inserted found elements: shattered glass fragments left behind as a result of people spending time outdoors in the Karlsplatz area, and bits of clay collected when the subway was constructed. Through the firing process unexpected formations are produced that imprint the inserted pieces of glass and clay. Newby also adds some small, individual ceramic and bronze pieces that turn out—only upon closer inspection—to be handmade objects. The sculpture unfolds as a material texture that invites visitors to step onto the work, to move across the surface and encounter its details. Discreetly integrated into the exhibition space, the artwork allows the incoming natural light to become part of the installation, and also deliberately encourages the viewers’ gaze to wander outside.

Kate Newby’s practice can be understood as being immediate and sensitive to her environment and the people around her. The informality that clings to her work often blurs the line between the work and its surroundings. For Newby, life and art are closely connected and in this sense the newly developed works on Karlsplatz will also be materializations of how the artist perceives the world around her.

Kate Newby (*1979 in Auckland) graduated with a Doctor of Fine Arts from Elam School of Fine Arts at the University of Auckland in 2015. She was awarded the renowned Walter’s Prize in 2012.
Recent solo exhibitions include Swift little verbs pushing the big nouns around, Michael Lett, Auckland (2018); Let me be the wind that pulls your hair, Artpace, San Antonio (2017); The January February March, The Poor Farm, Wisconsin (2016); Two aspirins a vitamin C tablet and some baking soda, Laurel Doody, Los Angeles (2015); I feel like a truck on a wet highway, Lulu, Mexico City (2014); and Maybe I won‘t go to sleep at all., La Loge, Brussels (2013); amongst others.
Kate Newby currently lives and works in Brooklyn, New York and Auckland, New Zealand.