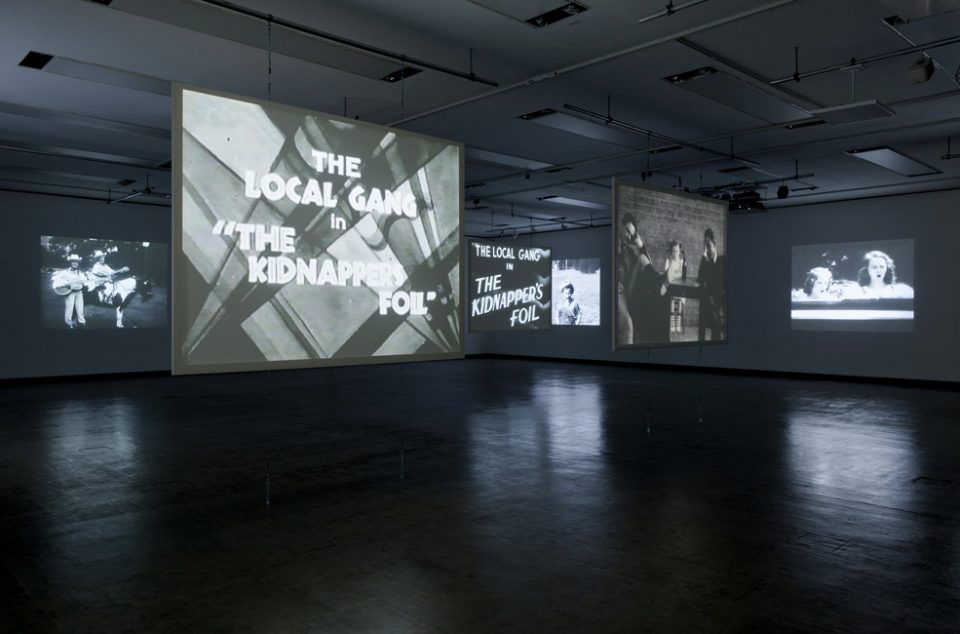 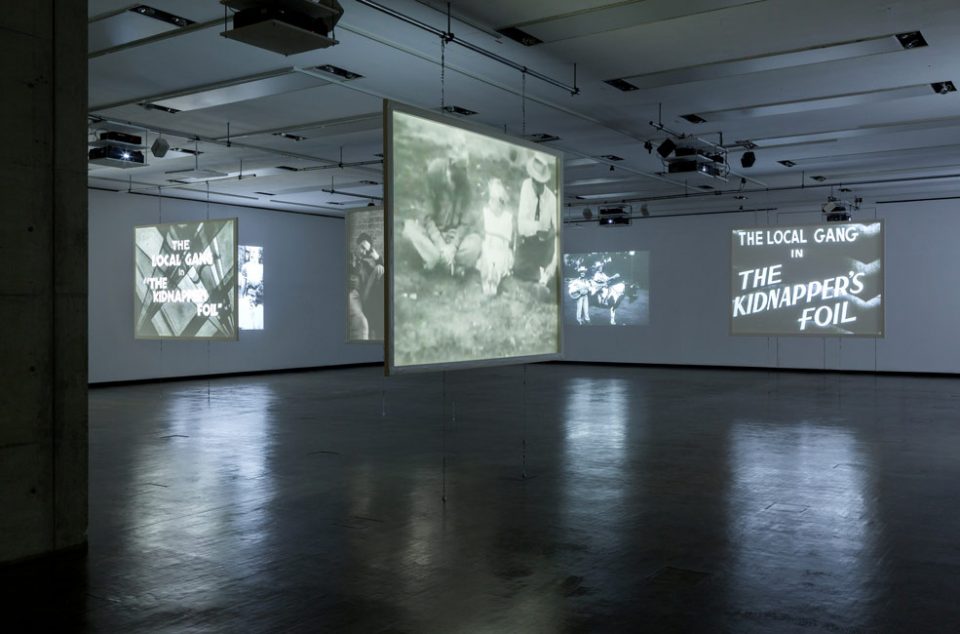 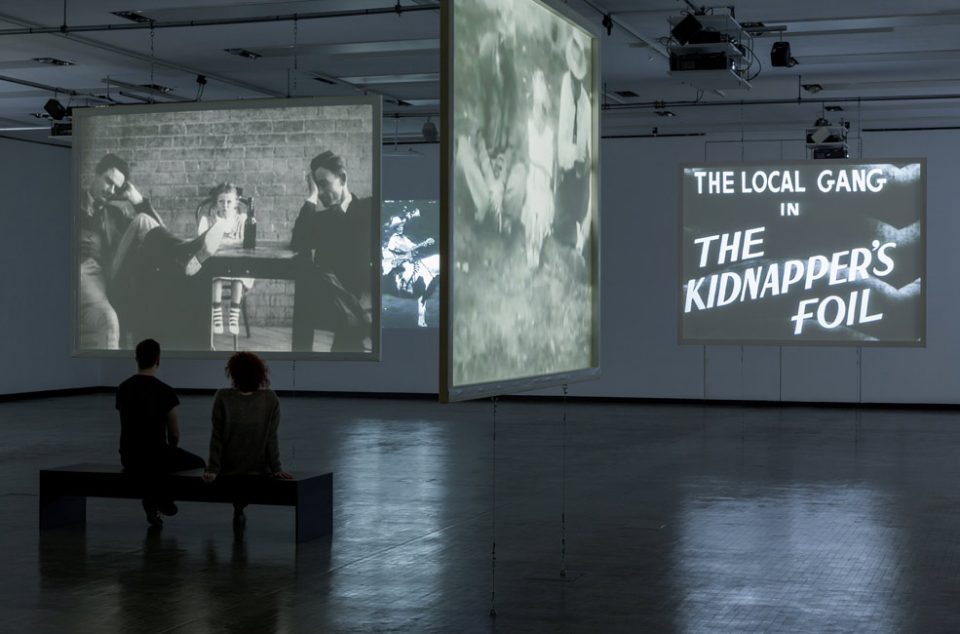 Kidnappers Foil is an exhibition by artist Gareth Long. Assembling and re-presenting a unique collection of historic films for the first time since their creation, the exhibition offers an intriguing window on to the aesthetic, sociological and technological fabric of mid-twentieth century America. From the mid-1930s into the early 1970s, Melton Barker ventured around the USA making the same film over and over again. The films feature local children and all share the same plot, script, and title: The Kidnappers Foil. Barker recognised that many people enjoyed seeing themselves on film. Enlisting local movie theatres and newspapers to sponsor and promote the productions, Barker auditioned children and offered “acting lessons” to the most promising. He then assembled several would-be Shirley Temples and Jackie Coopers to act out the melodramatic story: a young girl is kidnapped from her birthday party and eventually rescued by a search party of local kids. After the rescue, the relieved townsfolk celebrate with a party in which the budding stars showcase their musical talents. A few weeks after filming, the town would screen picture to the delight of the local audience. Barker’s unique venture resulted in multiple iterations of the same film. It is precisely this that interests Gareth Long, whose artistic practice shows an ongoing interest in the form and concept of seriality, as well as media histories. Long’s intervention into the archive is to create a presentation schema for the collated material that emphasises the notion of copying and iteration. The films are shown concurrently as a series of adjacent projections, so that many of them can be viewed simultaneously. Images and sound bleed into one another, creating an overall multi-part installation, in which the notion of iteration becomes highly apparent.