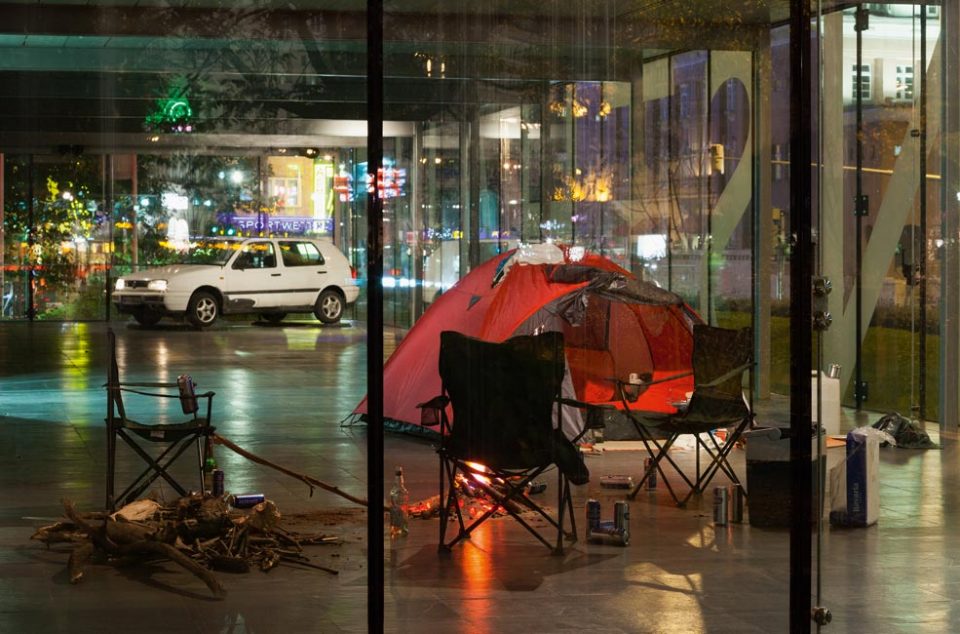 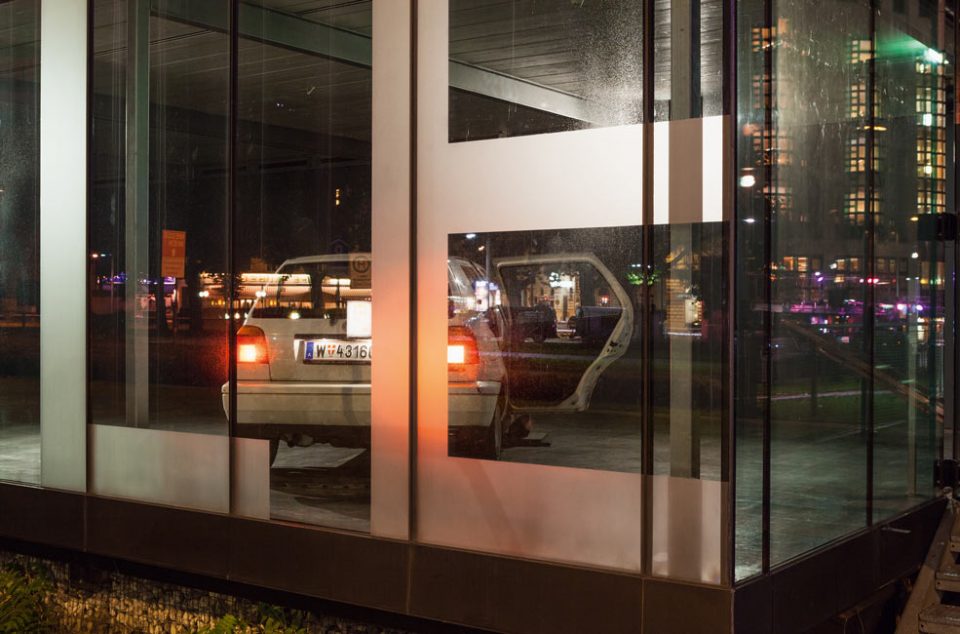 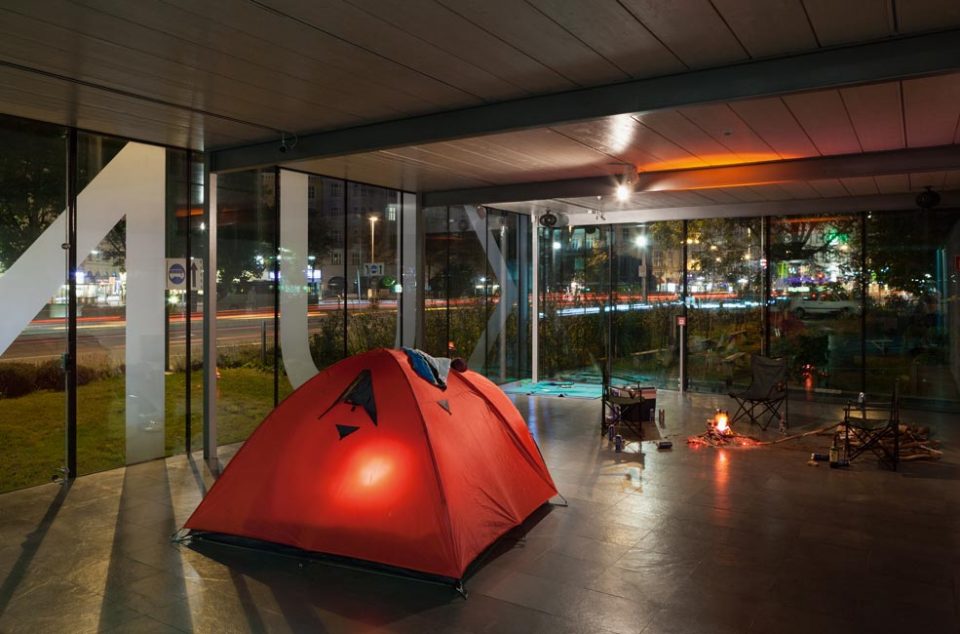 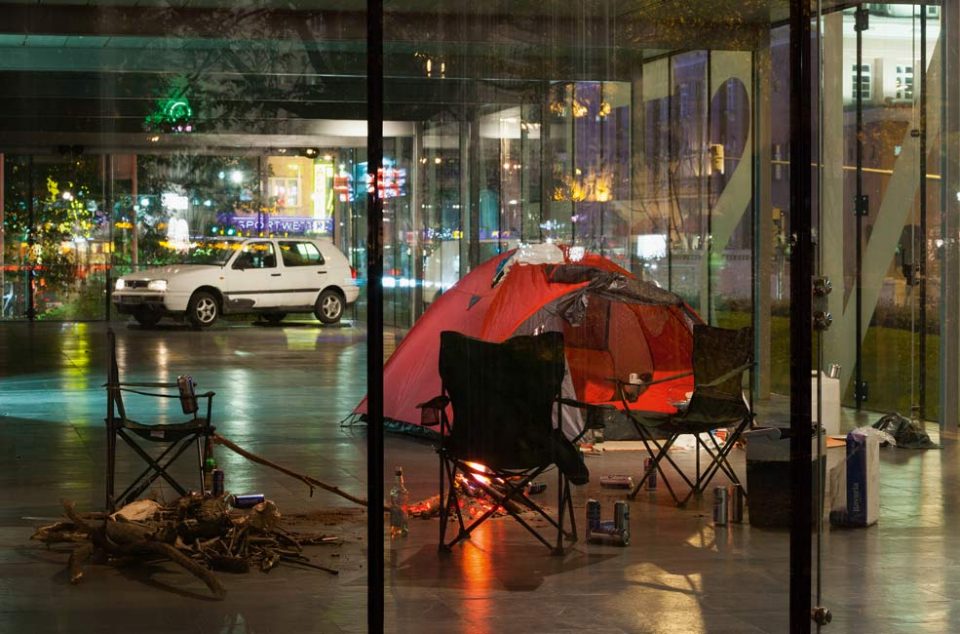 A deserted campsite, a car with no one inside, and nothing but emptiness in between the two scenarios. Anybody home? What has happened here? And why?

Evolving from his diploma project The Creator Has a Master Plan, which was awarded the Kunsthalle Wien Prize 2014, Leander Schönweger has developed an installation for the exhibition space at Kunsthalle Wien Karlsplatz that indicates mysteries, rather than—as its title might suggest—offers solutions. The Fog Disperses into questions about the unusual situation rather than questions about its origin. And precisely that might be what the artist was concerned with: leaving many explainable things unexplained or even obfuscating them. In a similar way, this situation raises questions on other topics such as the power of knowledge or the imbalance between control and controllability. Or is the installation really just the reproduction of a dream fragment?

Leander Schönweger, born 1986 in Merano (IT), lives and works in Vienna. From 2007 to 2014, he studied with Professor Erwin Wurm and Guest Professor Martin Walde at the University of Applied Arts Vienna. He has exhibited in Bergen (NO), Innsbruck, Lisbon (PO), Luxembourg (LU), Mals (IT) and Vienna.

A publication including a foreword by Gerald Bast and Nicolaus Schafhausen (eds.), texts by Lucas Gehrmann and Alexandra Grimmer, and an interview between Nicolaus Schafhausen and Leander Schönweger will accompany the exhibition. The catalogue will be published by Sternberg Press.