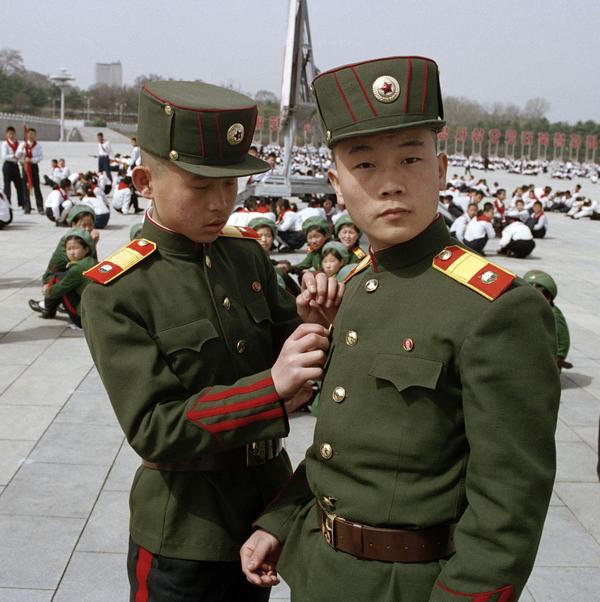 Mighty squares and monuments as reality backdrops for thousands of dancers forming themselves into an ornamental mass ? this is our image of North Korea and how the Democratic People?s Republic of Korea sees itself. Photographic artist Luca Faccio confronts this image of the ?last paradise on Earth? with individual portraits of its inhabitants: pictures of people in their everyday lives. Such photographs are regarded as ?irrelevant? in the DPRK and have therefore not been green-lighted to date. It has been possible, however, to present the photographs in a public exhibition in Pyongyang in June 2006 as part of a cultural exchange program between the DPRK and Austria. Thus, Image transfers also highlights the possibilities and limits of photographic practice in the context of differing views of (global) realities and their conflicts beyond mass media structures.