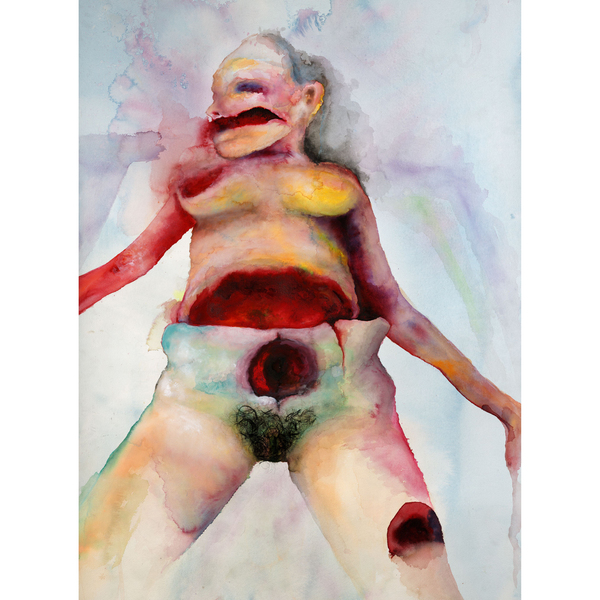 Marilyn Manson is known for many things: first of all for his music, but also as a scandal figure and thorn in the flesh of America?s moral custodians. He is less known for his painting, though, to which he has been devoting himself for many years, sometimes exclusively and over long periods of time and without making music. His watercolors are very emotional and gentle in a formal way, which stands in sharp contrast to the themes and motifs they deal with: grief, loss, despair, self-alienation enhanced by pain, but also self-discovery through agony. Marilyn Manson?s interest focuses on the analysis of both extremities and cavities of the human body, i.e. exactly those parts of it which are most vulnerable and incessantly arouse primeval fears: mouth, fingertips, eyes, or genitals. The exhibition also comprises short films by filmmaker David Lynch as a counterpart to and historical reference for Manson?s paintings. As suggested by their titles ? ?Six Men Getting Sick? (1967), ?The Grandmother? (1970), and ?The Amputee? (1973) ? Lynch is also concerned with the reflection of pain and its aestheticization as well as the deformation and transience of the human body. ?Outside it was raining cats and barking dogs. Like an egg-born offspring of collective humanity, in sauntered Marilyn Manson,? writes David Lynch in his introduction to Manson?s biography of 2000 and thus aptly describes the mood we may encounter in an exhibition of Manson?s oeuvre of paintings.