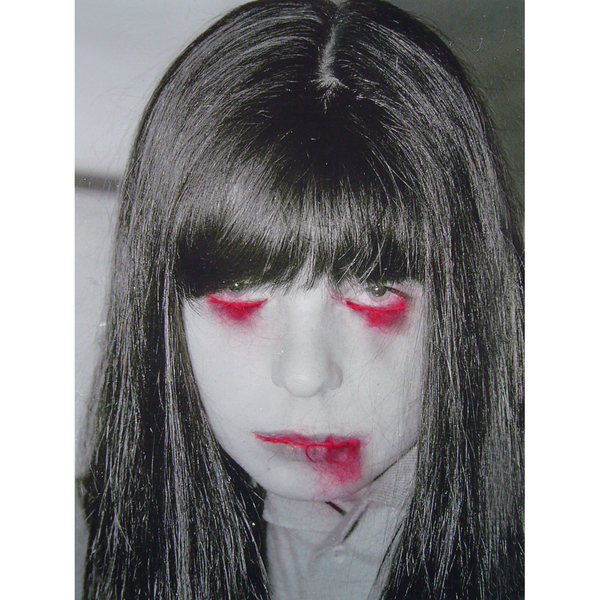 ?What interests me in Shelf is the misunderstanding that can arise. Is it a work utensil, a structure that is an aid or a work of art?? Marina Faust

A shoe, a prosthesis, a picture of a shoe, a copy of a picture of a shoe. . . . When is a thing a thing, when a shoe, when art, when a picture? What makes the object into a simple utensil and what gives it the aura of a ?numinous? work of art? Is it the artistic skill of the production, the aesthetics of the appearance or the institution as the frame for what is being exhibited? Art has always questioned the boundaries of the object, its fetishistic super-elevation and everyday use.
With her photographs, videos and sculptures, Marina Faust joins the ranks of the conceptual artists and explores the media conditions and excesses of art. Beyond the schematising investigations such as those Joseph Kosuth tests out, based on things ? for example by taking the platonic idea of a chair as an abstract entity distinct from its numerous manifestations in the world ? Marina Faust concentrates on the thing itself and proceeds in the sense of speculative realism: she explores the relationship of objects and processes to one another and attempts to penetrate to the things themselves. The philosophical catchword is correlationism, which consciously distances itself from psychologising and hermeneutic discourses and, as Heidegger would have put it, renegotiates everyday objects and traces their relationalities.
Marina Faust is interested in circular working processes, in the performative actions of people with objects, in the ephemeral and inconspicuous ? whether they are prostheses, the rear view of works or luxury and ordinary objects that are simply removed from their usual function. The object series Shelf , which is both a display as well as a sculpture, houses black-and-white pictures ? scans and enlargements of commercial images of the most varied shoes, from haute-couture to sex-shop models ? which in their reworking become abstract-poetic icons and which you can reposition on the shelf as the fancy takes you. Because nothing remains as it is. Marina Faust dissolves established aesthetic hierarchies of artistic value, changes the meaning of things, gives them a different function, and plays, provokes and experiments. There is no alpha and omega in her work, but only the solidarity of conditionalities: the Traveling Chairs can only be used by two people at a time, one pushing, the other being pushed; they lead to the experience of a self-imposed dependency. As in a cruise, we find ourselves constantly on a journey.
Marina Faust?s oeuvre is anchored in self-portraits, which she has been doing since the start of her career. She places herself in the scene and simultaneously hides behind her materials, such as mohair wool or shaving foam. This symbolically reveals her approach of moving things closer to herself in order to then push them away again ? an oscillation between fascination and repulsion, identity and displacement.

Marina Faust lives and works in Vienna and Paris.