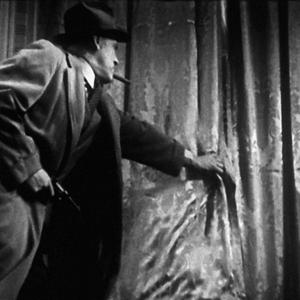 Martin Arnold is one of Austria’s most prolific filmmakers in the area of structural/experimental short films. The exhibition in the Kunsthalle Wien presents his most recent works.

Whereas artists such as Steve McQueen, Gillian Wearing or Ene Liis Semper, coming from the “fine arts” developed in the direction of film and video, Arnold follows the opposite path. His works have always been clearly structured and conceptually oriented; they work with the rhythm of fast-forward and rewind and profitably exploit the aural components of well-known Hollywood films.

The new group of works, “Deanimated: The Invisible Ghost,” which Martin Arnold created specifically for the exhibition, for example, is based on the 1941 horror film “The Invisible Ghost” with the lead actors Bela Lugosi, Polly Ann Young, and John McGuire. In “Deanimated” the actors are gradually eliminated and thus the narrative loses its coherence. What remains are backgrounds, erratic camera movements that seem to move without focus throughout the room, capturing ghostly changes in light and shadows. Two other films with the same intentions support “The Invisible Ghost.” In this project, Arnold asks fundamental philosophical questions about human existence and presence in absence. Although the actors are missing, they leave behind traces (such as smashing bullets together, dust stirring up ?) and are experienced precisely in their absence as a ghostly, unreal present.