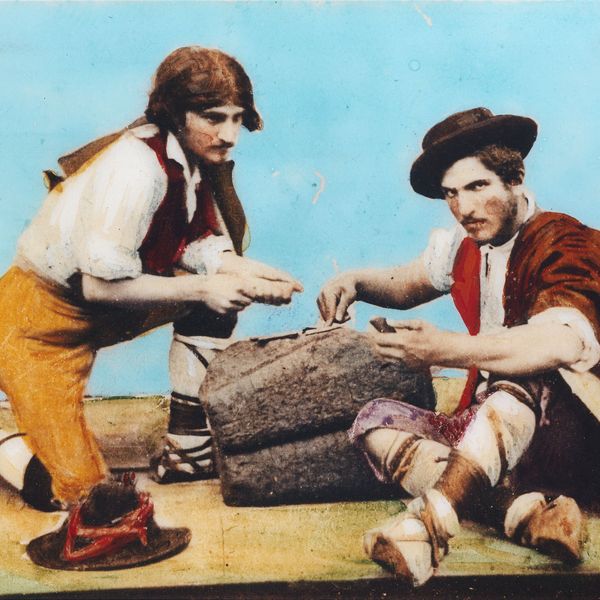 The title of Michael Huey?s exhibition refers back to a comment made by the 19th century American writer and transcendentalist Ralph Waldo Emerson, who once stated that, ?Things said for conversation are chalk eggs. Don?t say things.? Don?t Say Things now, in turn, provides the title for Huey?s most recent looped video work, based on film footage from the 1920s and featuring the artist?s great-grandfather as a protagonist with a special trick up his sleeve. The trick, much like Emerson?s dictum, operates on the difference between superficial perception and the truth concealed behind it. The video depicts the artist?s great-grandfather, Richard K. Huey, in a ceaselessly repeated act of swallowing eggs. The narrative flow is maintained through the specific rhythm of editing, which, in the process, also emphasises the role of the artist as a creator of illusions.