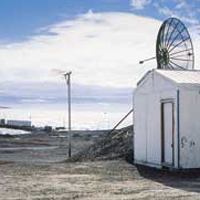 Speaking of northern Europe, stereotypes of untouched nature, clear light, cool oceans, melancholy and mythical figures often dominate the picture. Traditional Scandinavian art also preferred elevated, national-romanticist representations of nature and mythology, celebrating them as the last relics of the good world of the olden days, until the Nordic avant-garde of the 1960s and ’70s turned things upside down with Fluxus, Pop and Concept Art. Today, at the beginning of the 21st century, art from the once ‘peripheral’ North – Denmark, Finland, Iceland, Norway, and Sweden, leaving aside for the moment the cultural, political, or language differences between these countries – has moved into focus more than ever.

Presenting about 30 contemporary art positions as well as some trailblazers from the 1960s and ’70s, this exhibition provides an insight into the current art production of the North, with various media used. What the works selected have in common is a special narrative quality that makes itself felt even in silence. Subjects range from sagas and myths of nature to meticulous investigations into the protagonists’ relationship with others or with nature. What surfaces in these pieces is the unconscious and eerie, personal drama or utopian social visions. The exhibition will be complemented by a special program of music and film performances.

Side-programme to the exhibition ?North?

The North ? A Film Series to Go With the Exhibition at the Kunsthalle Wien
June 29 ? July 6, Vienna Film Casino

Accompanying the exhibition, a film retrospective programmed by Alexander Horwath is shown at the Vienna Film Casino

Ecstasy on the Fringes ? A Music Programme
Almost unnoticed by the rest of the world, an experimental music scene has established itself in the Scandinavian countries in the past few years, which, miles away from folklore clichés, favors a cut-and-click aesthetic operating in the nerve center of contemporary art. Improvisation turns into a kamikaze attack, and techno becomes a subjective sound inter-pretation which musician Helge Sten refers to as ?arctic ambient?.