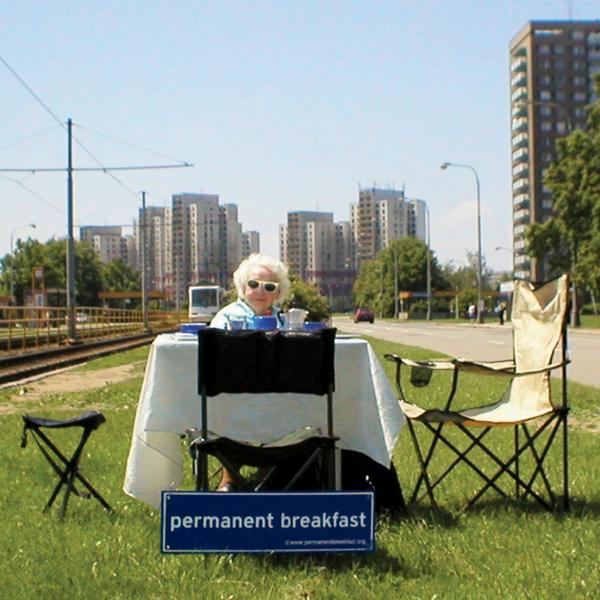 In 1996 a group of artists centred on Friedemann Derschmidt started taking breakfast in public spaces and has not stopped since. Following the snowball principle, guests then invite others to breakfast on the following day. A chain game. The work of art consists in a permanent process of imitation. Today permanent breakfast is a dense, pulsating, international network of breakfasters, a think tank on spatial effects and adventure cultures. permanent breakfast is an exploration of borders. In the framework of the EU’s “Eastern enlargement” we take the breakfast table as an iridescent sign at the point where the clear sign of separation and exclusion has long given way to “invisible mental borders”.

Revisualization: the breakfast table breaks through the glass wall of the project space, connecting interior and exterior in a spectacular way. At they same time, the glass wall runs like an invisible and insurmountable barrier across the table. Divided cities, divided tables. Breakfast is held daily on both sides of the border; everyone is invited.