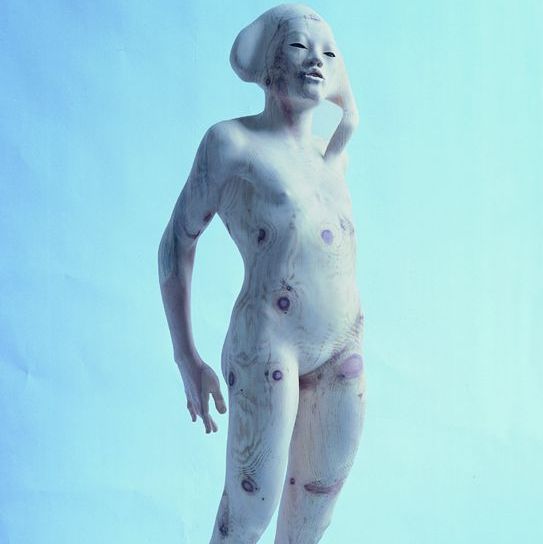 The starting point and leitmotif for Peter Senoner are always figurative imagery, whether drawn, painted or life-size figures carved from wood. They are not portraits in the narrow sense; they are part of the tradition of visionary portraits which orients itself less on people from subjective realms of experience and instead presents typified souls: clones, alter egos, fairy tale beings that depart, transform or disappear. Or they mutate into the protagonists of diverse scenes and events that the artist captures in some cases in photos or on video. Senoner does not conceive of his drawings and sculptures as static, but rather as proverbially guided commentaries. Beyond the illustrations, the stories that follow them become prominent, setting off the most variant staging concepts. Senoner?s actions are, on the one hand, strongly influenced by participatory elements; on the other, he allows dream-like compositions of the image to arise.
In Vienna, Senoner stages the figure ?Stitch.? She ambivalently embodies both heritage ? for example, traditional wood sculpture ? and the atmosphere of technoid mutants in a virtual-digital science fiction era. As accompaniment, Senoner works out the animation ?lidschlag in niedriger frequenz? (Low frequency blinking).
Peter Senoner, born 1969, lives in Klausen (Italy); 1994-2001 studied at the Akademie der Bildenden Künste (Academy of Fine Arts), Munich, with Prof. Asta Gröting; 1998-2000 work stipend in New York; among other exhibitions: BZ – HH, Kampnagel, Hamburg (2002), transition 1-…, Ar/ge Kunst Galerie Museum, Bozen (2001).