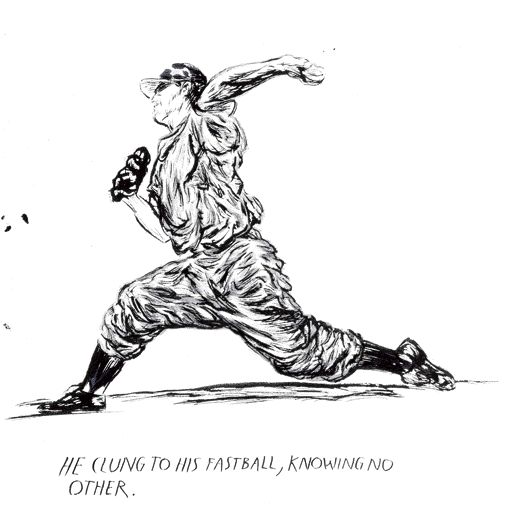 A “personal digital assistant” leads you through the exhibition and enriches the tour with extras such as videos, photos, music and interviews.
? 2,50

Raymond Pettibon’s black and white drawings with occasional blood-red drip lines unfold an enigmatic comics counterworld which, in its grotesque distortions, exposes hidden truths about the USA without revealing all its mystery.
Pettibon became known for his flyers, concert posters, and record covers for Californian punk bands. Soon he distanced himself from the local hardcore scene and developed his “tragédie humaine” in books and single sheets whose disturbing combination of image and text critically questions popular myths. His cast includes both superheroes and supervillains (Superman, Jesus, Stalin, Charles Manson, etc.), as well as a number of key motifs (e.g. train, baseball player, penis) which he “remixes” in infinite variations.
With more than 500 drawings and several video works, the Kunsthalle Wien presents the first major Pettibon retrospective in Austria for which the artist created a new, 15-meter wall painting.