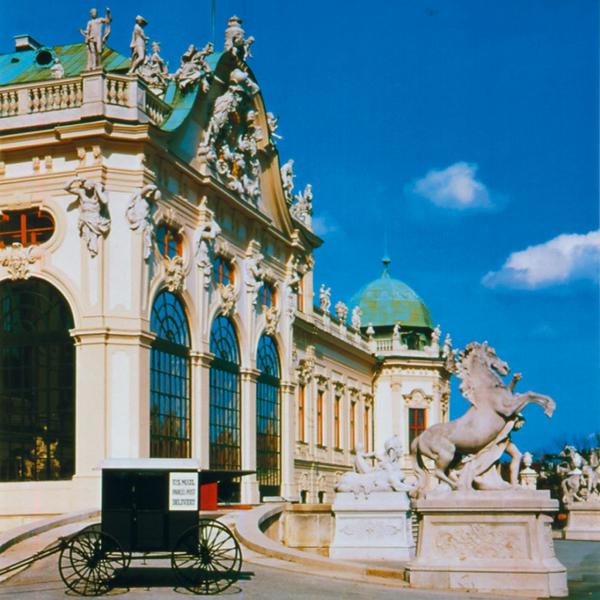 “Which other artist could bring the music of Frederick the Great and his own popcompositions together in a single exhibition? His work continues to be theatrical and cerebral, popular and erudite. Rodney Graham remains an artist of paradox, manifesting an absolute breakdown of hierarchies.” Loretta Yarlow

Graham turns the world upside down by means of a mobile camera obscura, plays with abstract patterns which, though resembling stellar constellations, are nothing but cinnamon particles coming into contact with the spiral coil elements of an electric stove (Coruscating Cinnamon Granules), and sets out in search of traces of Kurt Cobain, the deceased mastermind of the grunge group “Nirwana” until he finally produces a CD of his own (I’m a Noise Man).

Rodney Graham is a wanderer between fantasy and reason, between opulence and reduction. He takes on the parts of explorer, investigator and guinea-pig, and his approaches are characterized by a balance between precision and amateurism, between the superiority of the expert and the enthusiasm of the layman. The artist, who was born in Canada in 1949, shows in a both poetic and playful manner how images and objects may change their meanings, how reality is constituted and how the viewer participates in this process.

On the occasion of the exhibition, a catalogue (German / English) will be published by the art books publisher Yves Gevaert, Brussels. The catalogue edited by the Kunsthalle Wien and Yves Gevaert will contain contributions by Alexander Alberro, Michael Glasmeier, Rodney Graham and Shep Steiner and the CD I’m a Noise Man with pop titles by the artist; 144 pages and numerous illustrations, ATS 360