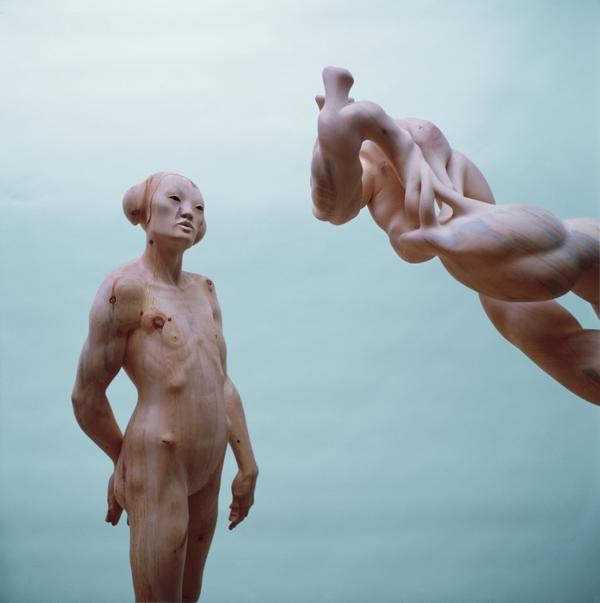 Photography, the new technologies and the media have only seemingly banished all corporeality and materiality from the arts. The exhibition “Sculpture – precarious
Realism between the Melancholy and the Comical” sets out to prove that realism is being celebrated in recent sculptural work. Albeit a realism that sets reality on its head, in a manner that is fragile, grotesque, crazy, provocative, in short – precarious.
The works present themselves as searching for what is hidden behind classical, beautiful appearances, depicting refractory but animated worlds of objects, shapes and forms that seem to have escaped from some netherworld, heavenly apparitions, cosmos of internalized fantasy.

The sculptures kick against the boundaries of decorum, and do not give a sweet buggerall about any correct replication of reality. Instead, they redraft the world anew. They are a not unknown phenomenon, yet one which does appear
surprisingly alien in the shapes it assumes. Content-wise, they move within an illustrious tradition set down by eminent sculptors of the past and their conceptualisations of an open-ended, sketchy sculpture of the uncompleted, one that attempts to make visible the invisible and the mystery, as exemplified by the works of Michelangelo, Auguste Rodin, Medardo Rosso, Alberto Giacometti and others.

Medardo Rosso and Alighiero Boetti offer themselves up as historical guides in the exhibition, consorting with fantastic works, full
of melancholy and comical, by artists of the present day.