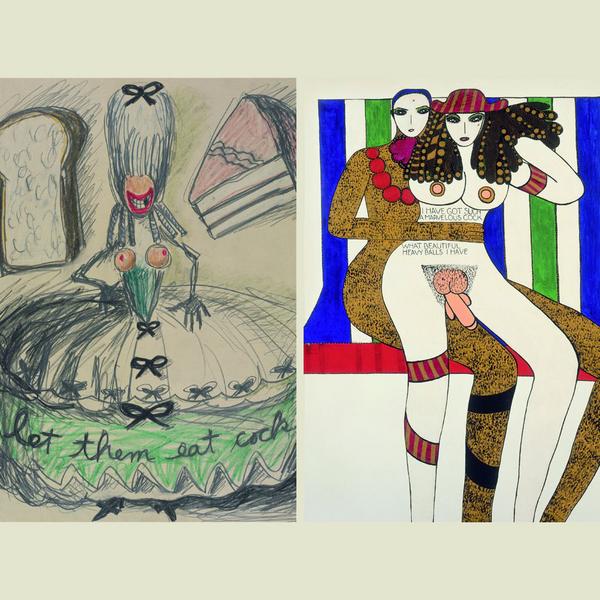 Dorothy Iannone (*1933) and Lee Lozano (1930-1999): Entirely different in their artistic views, both women manifest radical styles combining graphic, at times cartoonish gestures with texts and puns. Whereas with Iannone it is a horror vacui of characters, ornamental motives, and stories, Lozano shows unrestrained, sharply humorous, and in the end monochrome drawings and paintings.

Dorothy Iannone?s art was censored for its supposedly pornographic content, while Lee Lozano?s early works, with their overtly sexual content, are less known in the art world than her later, abstract conceptual works.

Lozano withdrew from the art world in 1972 after deciding to continue one of her conceptual plans, “to boycott women”, until the end of her life, and never spoke with women again. Iannone?s greatest theme is ecstatic love, especially the love of her life, Dieter Roth. Both Iannone and Lozano defy categorization in any of the common styles.

Kunsthalle Wien is presenting the works of these two American artists for the first time in Vienna. Although long marginalized by art history, they are undoubtedly forerunners for several contemporary artists. Exhibited will be drawings, paintings, installations, video, and artist?s books.