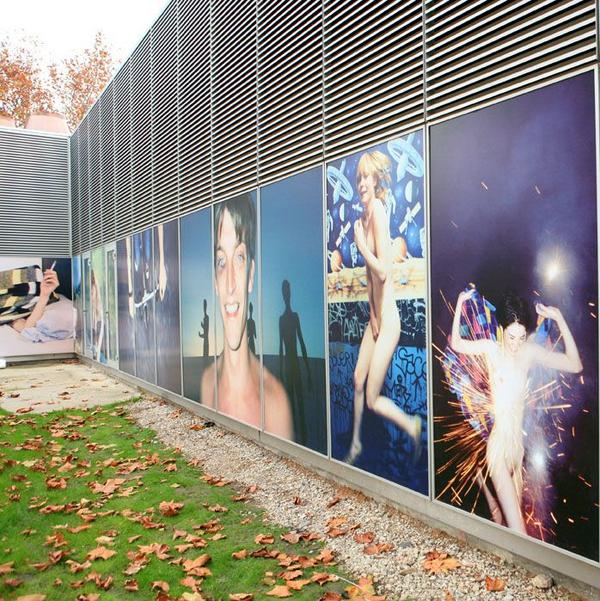 The Karlsplatz is seized by the Kunsthalle Wien. Semiannually the SCULPTURE and the SHOWCASE take reference to the square, quarterly artists program the LIGHT STRIP with LED-generated light/text images on top of the project space building.

Ryan McGinley (*1977) documents the youth scene of New York?s Lower East Side, a subculture in which nearly everything revolves around skateboards, bikes, music, and graffiti. McGinley?s photos are not simple depictions of an immediate reality. He understands his work as a documentation of his fantasy. His models are his friends. The camera acts as a part of their lives, as well as a means to devise a world of their own making.

McGinley is currently being shown in the exhibition ?Americans. Masterpieces of American Photography from 1940 until now.? at the Kunsthalle Wien.