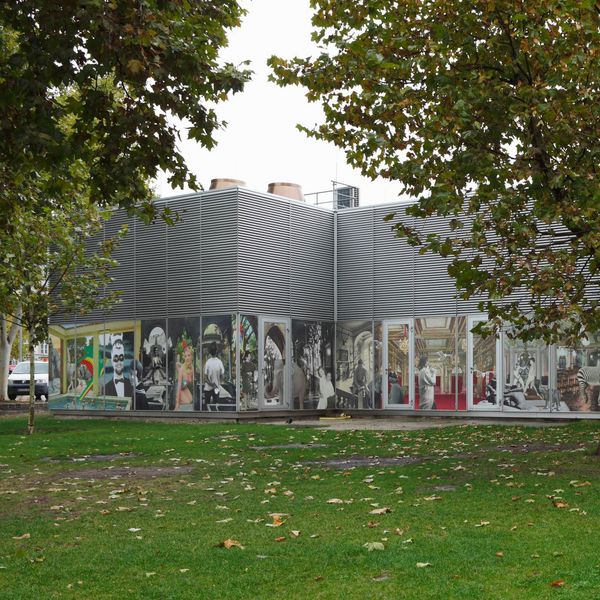 Thomas Draschan?s both sumptuously and precisely composed art is set in imaginary landscapes, in architectures that span different times and cultures. His collages bristle with pin-up girls, animals, and figures from pop culture. The motifs are taken from trite everyday material such as old magazines and postcards, which the artist, who lives in Vienna and Berlin, comes upon during his maniac forays through secondhand stores and flea markets. An abundance of pictorial fragments resembling shreds from dreams and splinters of consciousness provides the material for a visual overexcitement causing a neuronal thunderstorm of brain synapses. Thomas Draschan thus establishes a transformative art of superlatives. His ornamental collage valuables unfold an interplay of contrasts by telling stories of terror and joy, hatred and love. The producer of Fare Mondi, as he titles his recent collage for the KÖR showcase on Karlsplatz, relies on coquettishness to resolve existential hardenings.

Thomas Draschan (* 1967) lives and works in Vienna and Berlin.