Space. About a Dream 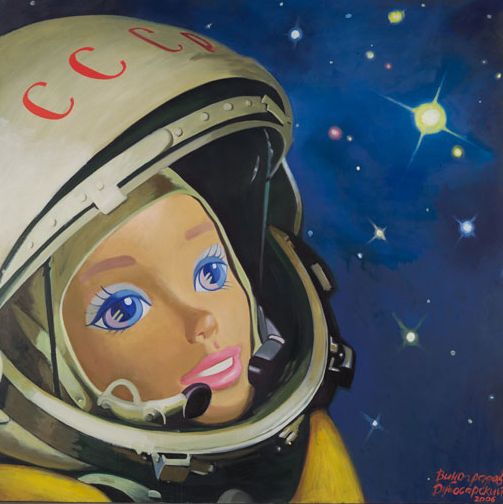 The exhibition takes place in the Kunsthalle Wien as well as in some rooms of the Natural History Museum of Vienna http://www.nhm-wien.ac.at/

Outer space is not only a physically extending sphere, but also a symbol. For centuries, man’s dreams and visions have been concerned with conquering the “extraterrestrial zone,” with getting to know worlds beyond Earth, and even with colonizing other planets. “Space is the Place,” proclaimed the musician Sun Ra, and thousands of science fiction novels and movies testify to this yearning for the other, for the unknown, the “high frontier” that became a scene of geostrategic position fights. Both the United States of America and the Soviet Union have invested tremendous amounts to secure their dominance in space. The first manned space flight with the Soviet cosmonaut Yuri Gagarin in 1961 was a key feat in this respect – and its fiftieth anniversary as a special occasion for this exhibition.
Assembling fifty artists’ positions from fifty years, the show reflects the aesthetic, metaphoric and political dimensions connected with the idea of outer space. Works in a wide variety of media – painting, drawing, film, photography, graphic art, and multimedia installation – explore the question which aesthetic and sociopolitical utopias the notion of space is still able to unleash today.

SPACE in the NHM

The Hall of Meteorites of the NHM will be linked with Kunsthalle Wien via live stream. In addition, from April 13 on, about 142 space toys from the Andreas Karl Collection will be presented under the title „Wind me up, Scotty!“