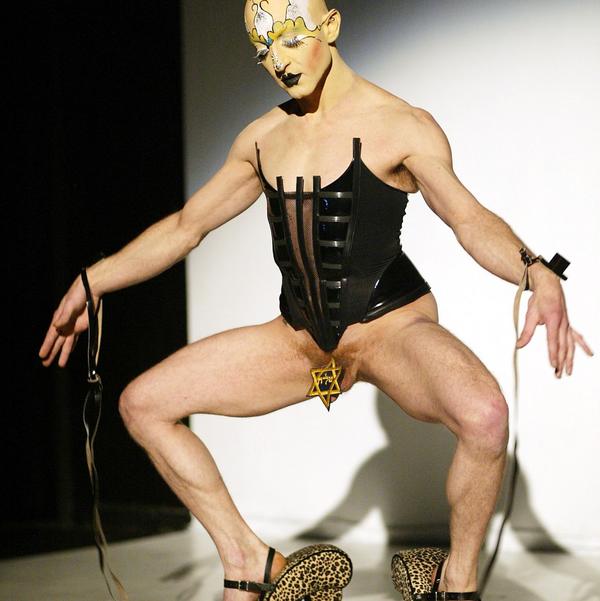 Steven Cohen is regarded as the most prominent performance artist of his homeland South Africa. In his work, whose radical mode of expression is reminiscent of the strident performances of representatives of the original American queer movement, he engages political and religious discrimination. Cohen himself leads the life of a member of a minority in multiple ways: he is a South African with white skin, a homosexual and a Jew.

The response of the forty-four year old artists to discrimination is provocation. His medium is his own body, which he charges with graphic symbolism by means of grotesque costumes, strange mask-like make-up and bizarre accessories.

The exhibition will also show other costumes which Cohen wears in his performances and several of his best-known videos ? “Chandelier”, “Broken Bird” and “Maid in South Africa”.