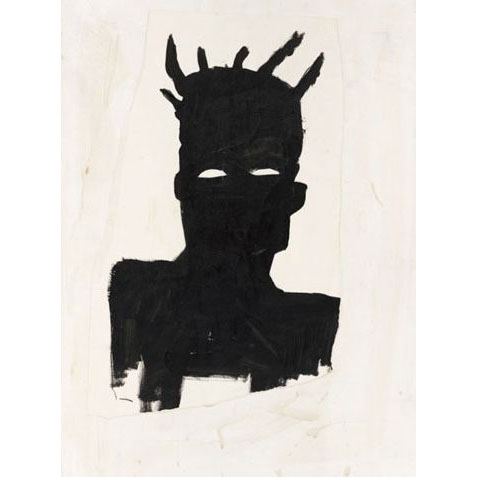 “Where only a highway view is the outside and its monotone mobility relaxes me glancing at it, while inside I am in motion to clean up the biggest mess of multidimensional accidents on my paintings – and this is this Brooklyn studio.”

With its major summer exhibition Street and Studio the Kunsthalle Wien brings the rough style of the street into the exhibition hall. Urbanity and mobility characterize a contemporary generation of artists who regard the metropolis both as their source of inspiration and means of expression: the US painter Jean-Michel Basquiat, whose work constitutes a landmark for various forms of painting and video art relating to urban or suburban cultures, provides the center of gravity for the show. From this starting-point, the presentation unfolds a network of positions that share a vitality induced by the street and urbanity and spans from the results of Basquiat’s productive collaboration with other artists such as Andy Warhol, Francesco Clemente, or Keith Haring to works by younger artists like Rita Ackermann or Séripop. Having never ceased to pervade pop culture since its emergence, this subversive pictorial language tells of the quest for identity, political responsibility, the commercialization of public space, and the fight for survival caused by social injustice.

With 32 artistic positions from 19 nations the show adresses both art historical key figures such as Blek le Rat, Jenny Holzer, or Sophie Calle and contemporary artists from Kader Attia and Brad Downey, Christian Eisenberger, Basim Magdy, and Ari Marcopoulos to Evan Roth and Rita Vitorelli, who are represented by new works created for the exhibition.