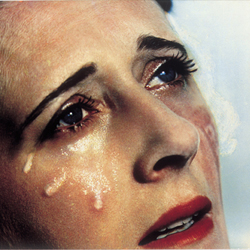 Tableaux Vivants’ (Living pictures), re-enacted paintings and sculptures, both historical and contemporary, have become a staple motif in the daily flood of pictures: whether it is music videos, commercials, or movies,?

They are an art form of their own between the theatrical and the pictorial, between performance and silence, history and vivid presence. ‘Tableaux Vivants’ reflect and interpret classical works in bodily terms for the contemporaries. Transforming, and thus reviving, traditional imagery, they have become a medium of social and art-immanent criticism in the 20th century.
This exhibition is an attempt, in several sections, to keep track of the history and the transformations of the medium. It starts out with photographic pieces from the 19th century that still tried to translate the painterly element into the aesthetics of photography (Julia Margaret Cameron). The 1920s and ’30s (Marcel Duchamp, Man Ray, Karl Valentin) used the ‘living pictures’ to launch an attack on classical masterpieces. In the 1960s and ’70s, they get involved in the conflict of art versus everyday life and are used in the enactment of corporeality (Piero Manzoni, Robert Morris, Timm Ulrichs a.o.), notably so in feminist art (Valie Export, Hannah Wilke). Since the 1980s, finally, they have, in the wake of postmodern theory and questions of identity, been developed in every possible direction, from criticism to memory work and on to sheer parody, and the number of artists who have taken to work with ‘Tableaux Vivants’ is now countless.

We thank our main sponsor Wiener Städtische and the Mondriaan Foundation Amsterdam for their support.