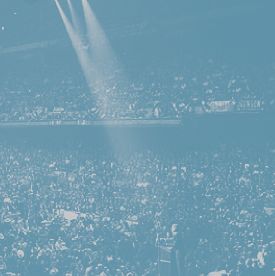 For the exhibition “Portraits” in the Kunsthalle Wien project space, Cuban artist Tania Bruguera shows portraits of political figures through the effect they have on people. Transforming speeches by politicians into a sound installation, Bruguera assigns notes to the original texts, creating scores to be performed by a choir ? in this way, transforming political monologues directly into an emotional response from their audience.

The second part of her work in Vienna is a public intervention and can only be experienced during the opening day of the exhibition ? the performance ?The dream of reason? (referring to Goya?s famous etching, 1797).

In her works, the in Havanna and Chicago based living artist, reflects the ties of politics and power, raises the discussion of migration and post colonialism, deals with religious questions and examines her own cultural context. Tania Bruguera?s (*1968) installations and performances have been shown at, among other venues, documenta 11 (2002) in Kassel and the Venice Biennale (2001, 2005).