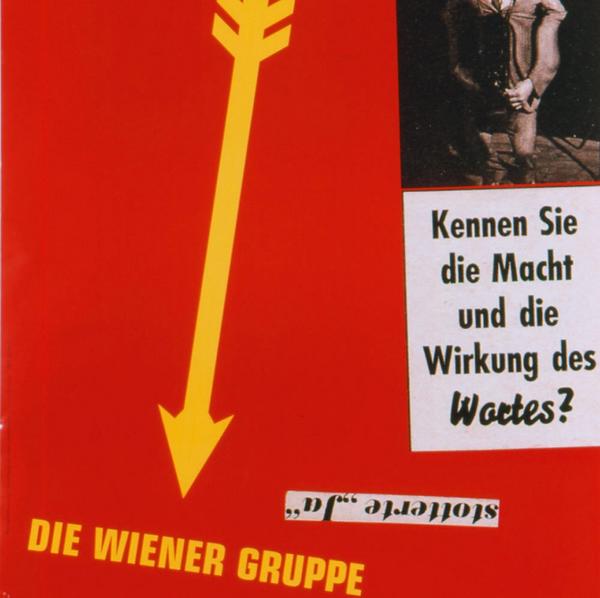 The press often scandalized their work, the bourgeois audiences rejected it. In 1950’s Austria their work rarely encountered comprehension. But in retrospect there is no doubt that the “Vienna Group” achieved one of the most significant Austrian contributions to post-war international art.
It was primarily the group’s ability to radically transcend the limitations of individual media and genres which anticipated a number of important trends in sixties art in particular, such as Happenings, Conceptual Art, etc. “Linguistic criticism”, ?word and sound design” and “total theatre” are some of the themes that characterize the Group.
This exhibition presents the first compilation of a comprehensive cross-section of the artistic activities of Achleitner, Artmann, Bayer, Rühm and Wiener. Such diverse genres as literature, theatre, radio play and music are shown through original art works (manuscripts, visual works, objects, etc.) as well as photographs, films and sounddocuments.
The spectrum of works presented encompasses assembled texts, soundpoetry, visual texts and collages as well as the sensational?literary cabarets”, performed by the Group in 1958 and 1959.

An exhibition catalogue with numerous illustrations and facsimilised original manuscripts is published.